Hello NPT! My little brother, Andrew, and I started out making paper figures as fanart for a toy/comic company called 3A (ThreeA) Ashley Wood, the artist, created many different worlds, and one of our favorite ones was called POPBOT. It included a world of clone ninja/punk like warriors, robots, talking cats, and more fighting in a war. Check out www.threeawiki.com if you are interested =). Anyways, we didn't have the money to buy the figures at the time so we thought it would be cool to make the figures in our own way. The first character we made from the POPBOT world is called a Tomorrow King (aka TK) named KDA. He is one of the cloned warriors that is a body guard for a boy band known as the TKYO in the story. Andrew created a more box/3D character. My style was more of a flat figure. Kind of like the paper dolls people used to play with back then. We made removable weapons and such for the characters. 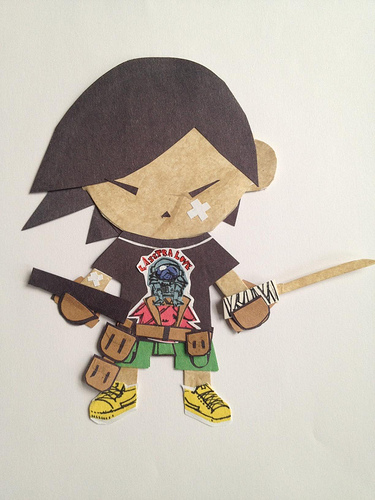 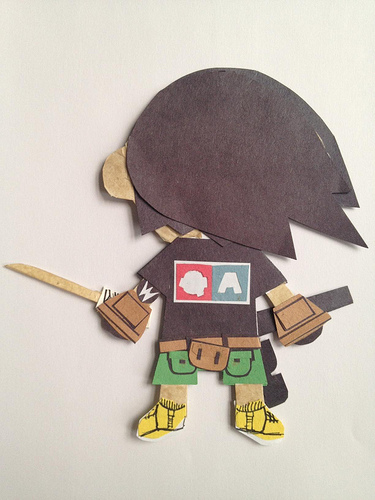 This was back in 2012, so just 2 years ago. As we go on, we will post past pieces we've made. It's pretty interesting to see the changes/evolution of the process. We hope you enjoy this little part of our history.

I like the traditional 2-d paper doll in the second one, too!

Looking forward to seeing more from you