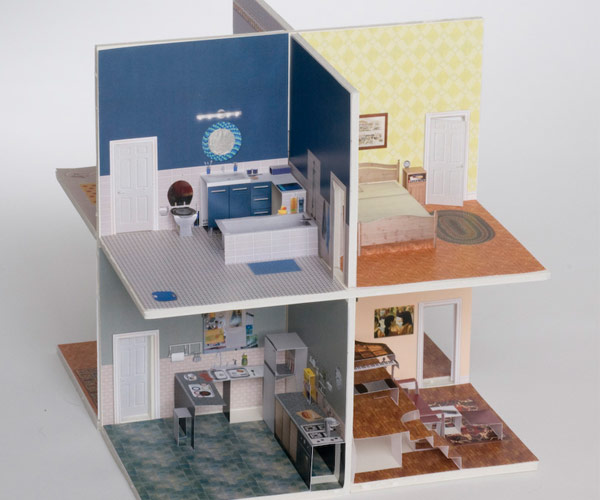 I posted my pop-up paper house on kickstarter, hoping to raise the money to buy a few tools so I could sell a few ready-made houses, rather than the templates which are now available on my website -- and to my surprise, it was an overnight success; I reached my modest goal in 24 hours! This opened a whole new world of possibilities, and now I'm trying to have the house mass produced as a pre-cut, pre-scored kit, so the crafting would be manageable for the many people in the world who do not own an exacto knife and for whom the word "scoring" evokes dating rather than paper.

The campaign end on December 28th, so there's not much time left to show your support for this nice paper toy... thanks for checking it out!