My name is Adrian and I've been visiting this site for the past few months looking at all the paper toys that have been created.  I hail from Western Maryland and I have always wanted to make my own toys. Ever since my early days as a fresh faced boy in elementary school this has been a dream. As a child, there was nothing quite like getting a new toy. The feel of plastic, the wonderment of imagination, and the hours of play that would ensue. The idea of creating my own toy was dream that has followed me around like a loyal dog, a constant companion.

I first learned about paper toys in the now defunct magazine Antenna. There was an article about Shin Tanaka and his wonderful paper toys. I was amazed at the art he was able to create using paper. His shapes were great and the design work was flawless.  I realized that my dream of creating a toy could now come to life by making the toy out of paper.

So I set out to create a paper kangaroo for my art brand, Sotare.  The kangaroo, Bouncer, is a character I came up with.  The toy began as a sketch on a blank sheet of paper. I sketched out how the paper toy would look from the front, as well as the sides. There were guestimations for the shape of the unfolded paper. I never made a paper toy before, none the less designed my very own template. A series of trial and error would ensue. 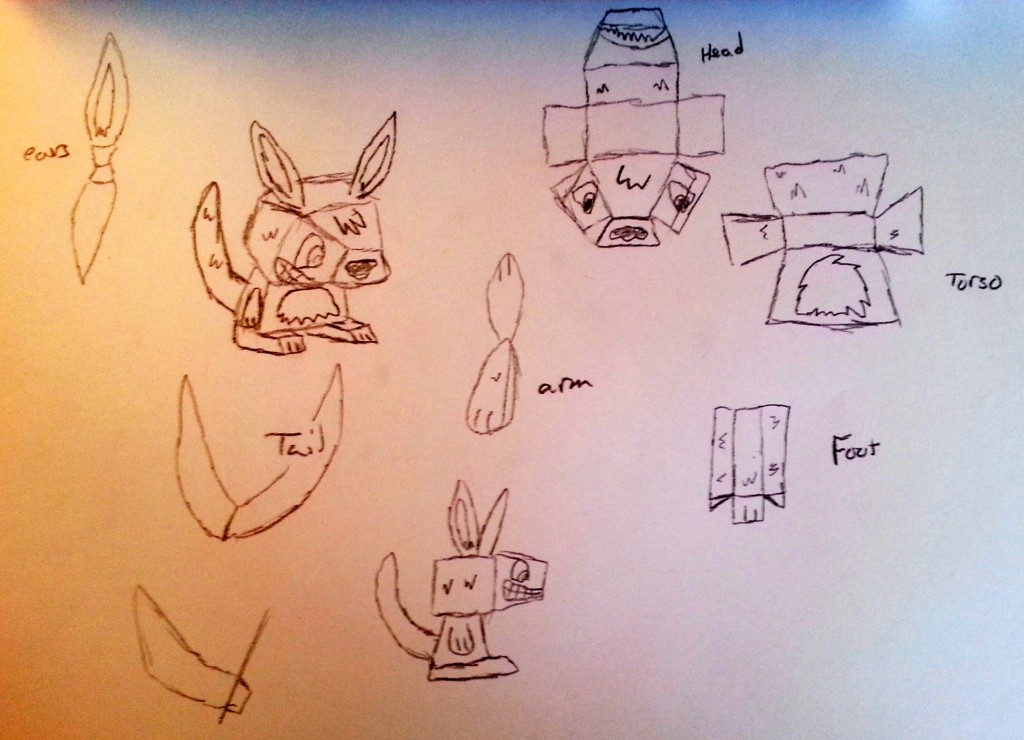 Next, I began drawing out the pattern on the computer. This was done using line tool and manipulating square shapes. After getting the initial form down, I printed off the design and begin to fold it.

After seeing the toy in real 3D shape, I took a marker and drew a rough sketch of my design. Seeing the 3D shape also helped me to fine tune the toy. As it was, the body looked more like a squirrel or kangaroo mouse than an actual kangaroo. The feet were not wide enough, and the head needed to be shaped differently.

The shape also reminded me of a bunny, so with Easter around the corner I decided to finish this version of the toy as a blue bunny. 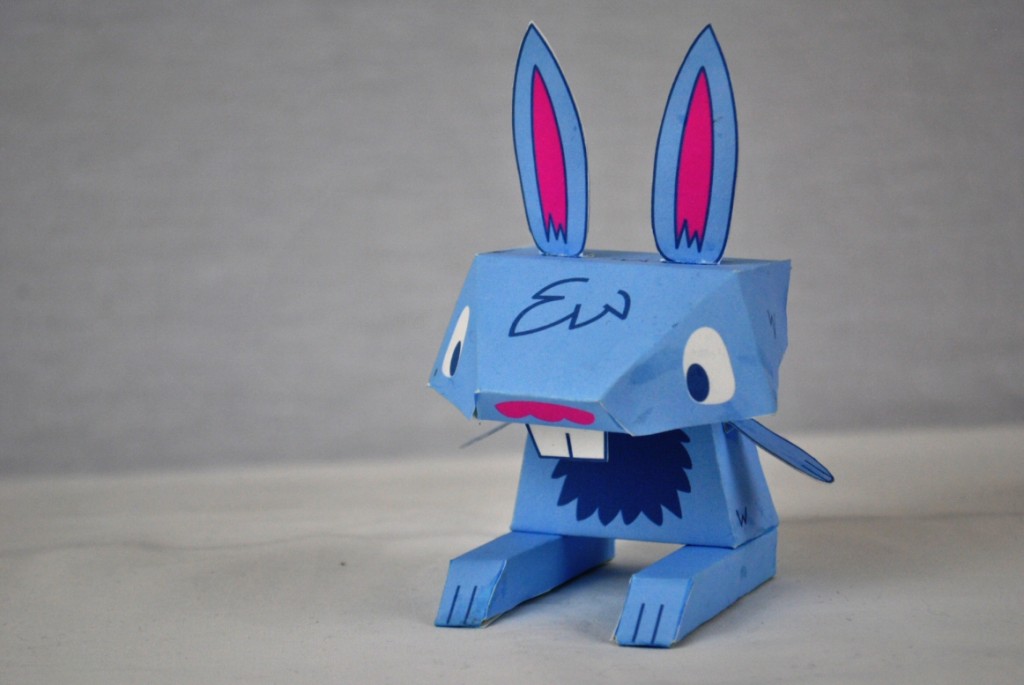 I then went back to the computer to adjust the design. I made the feet wider and reshaped the head. The tail was also designed, based on the Sotare kangaroo icon. I experimented with using double sided tape for this version, but the tape proved to be a bad idea for me. 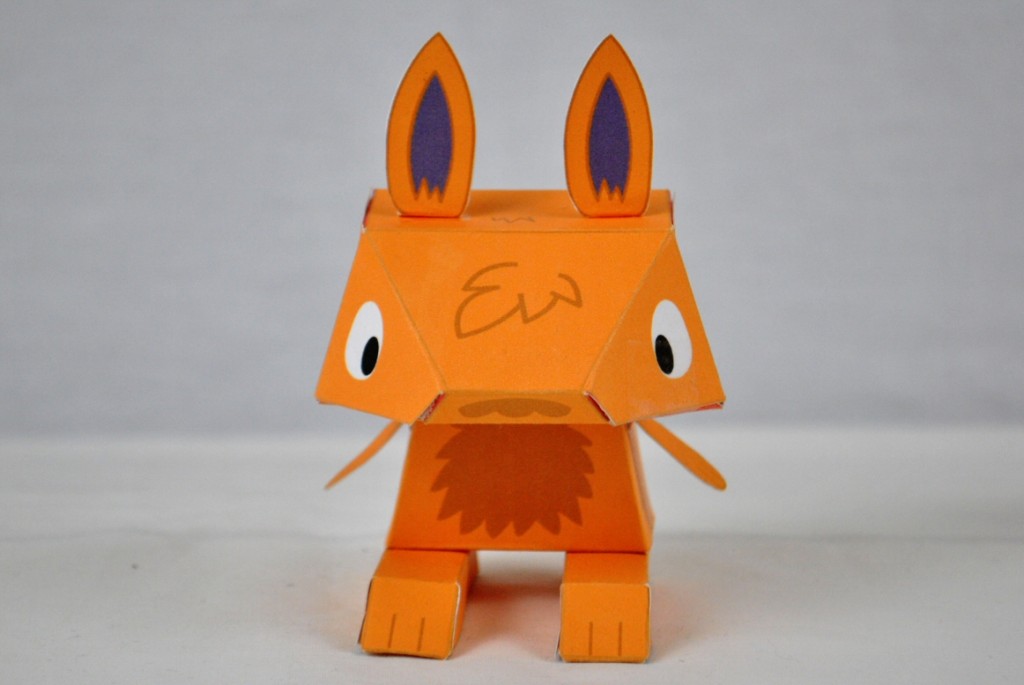 Putting the box together with the newest version of the toy was exciting. Things were finally beginning to take shape! I was filled with the joy of a five year old opening his first Christmas present.  After seeing the box and this version of the toy, I decided it was time to finish drawing the Bouncer cartoon character. I wanted the drawing to resemble the paper toy, and wanted the design of the paper toy to look like the drawing. 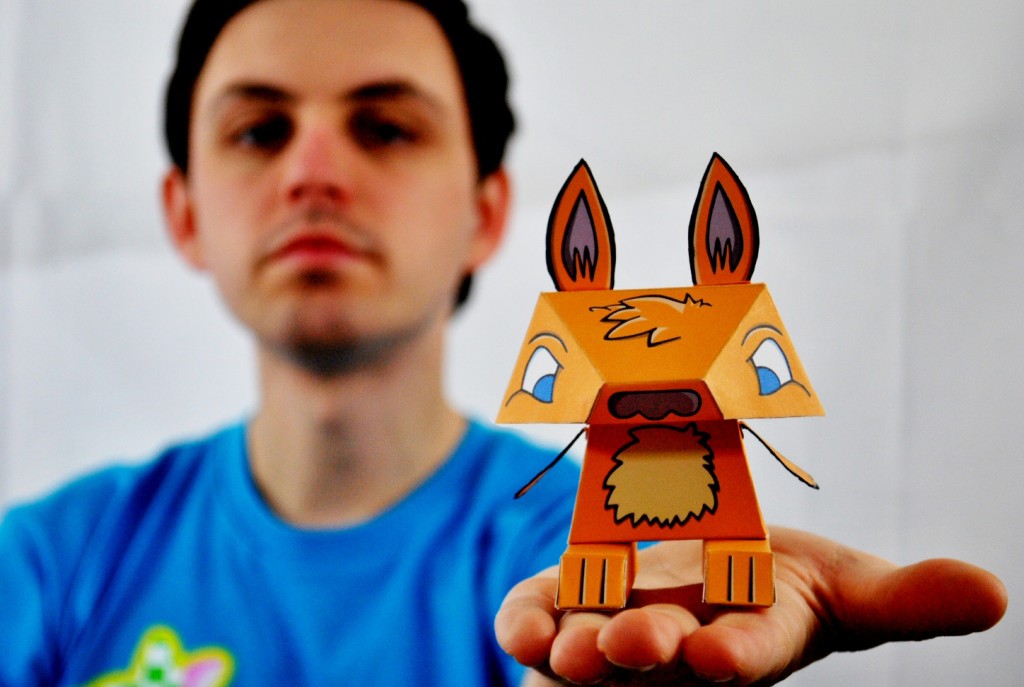 Once the drawing was finished, I then took his nose, eyes and hair, and put them on the paper toy. With this rendering, the toy was almost complete. There were a few things that needed to be adjusted with the head to give us what we now have as the official Bouncer paper toy. 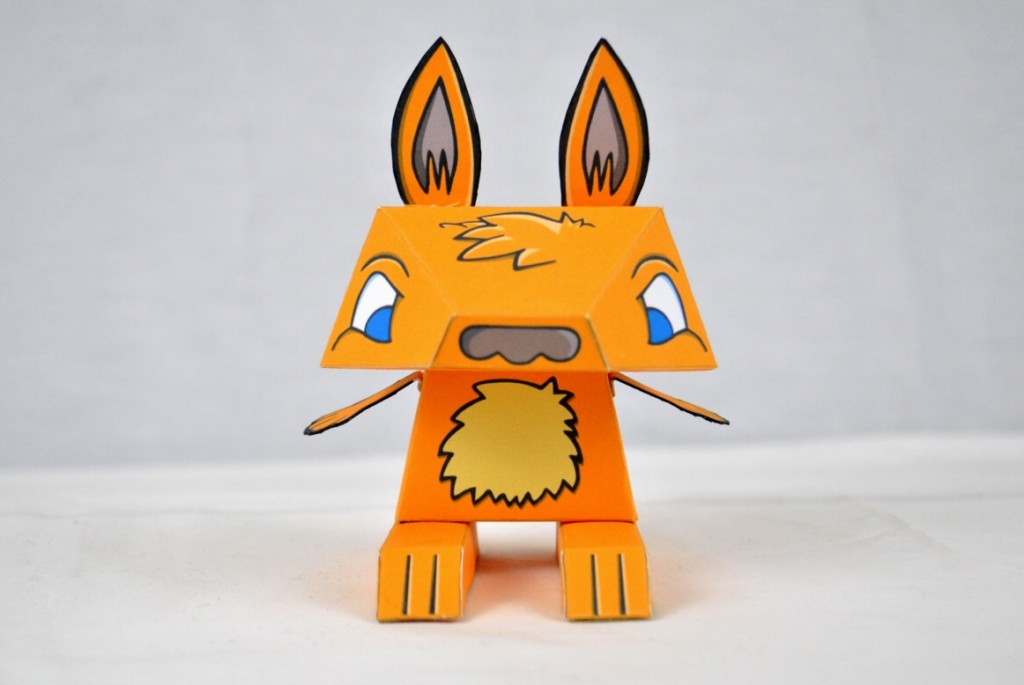 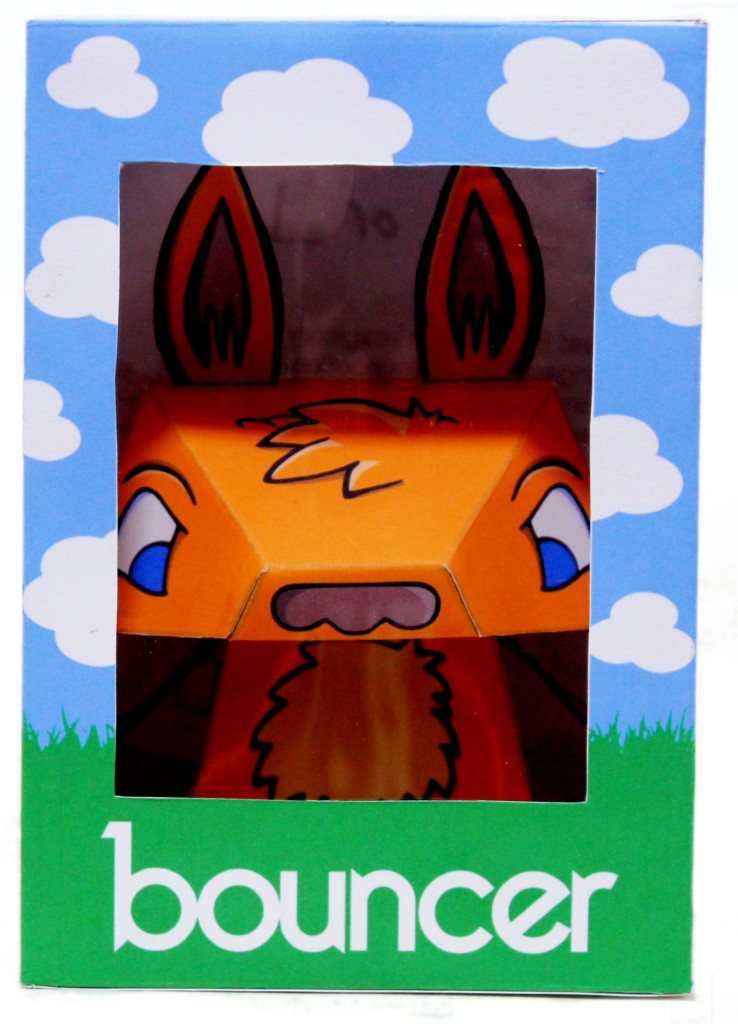 I am very proud with how well the paper toy has turned out. 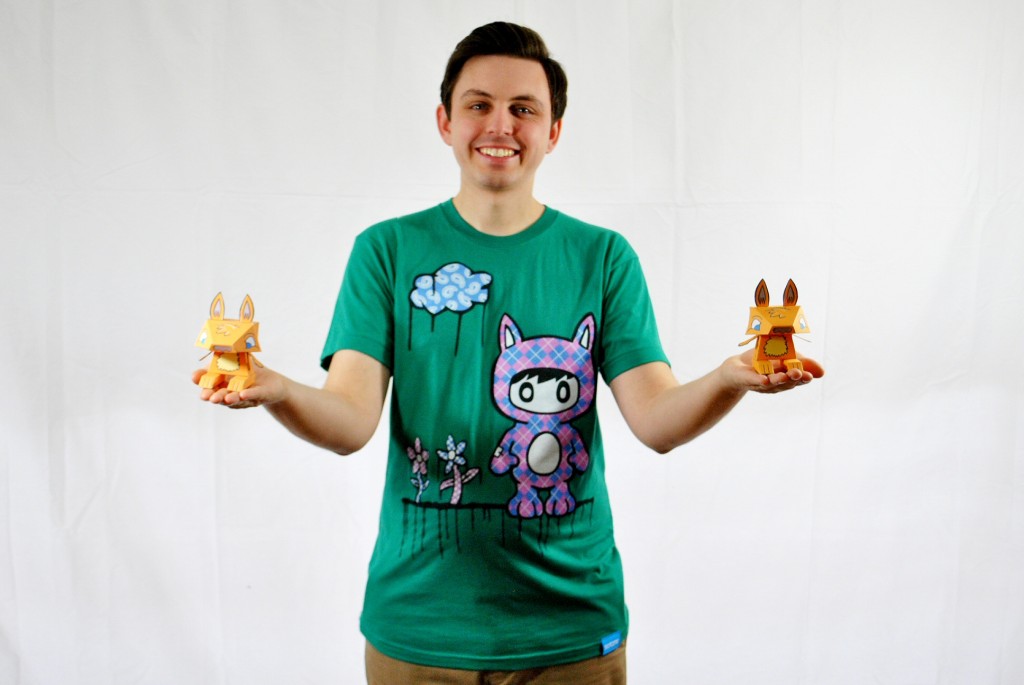 A dream fulfilled… for now.  I hope to create different versions of Bouncer and I'm still learning how to make toys out of resin.

Thanks for the kind words everyone!

Nick, thanks man!  Maybe I'll post up a pdf of the bunny rabbit around Easter.  Also, I just saw you and Matt's stuff at the Art Whino exhibit yesterday.  So rad!  I really would love to get my artwork out there like that.

great to see your progress and the evolution of bouncer.

cute character, although i personally really dig the teeth on the blue one!

Awesome! thanks for sharing your creative process. Can't wait to see more.

Nice work there Adrian, and welcome ^__^

And you're welcome baykiddead.  I've always enjoyed behind the scenes accounts of different creative works, so it was fun to share a little of what went into mine.

Welcome! These are cute! :)

Welcome to NPT. And thanks for giving us an insight into your efforts. Great work, looking forward to seeing what comes next!