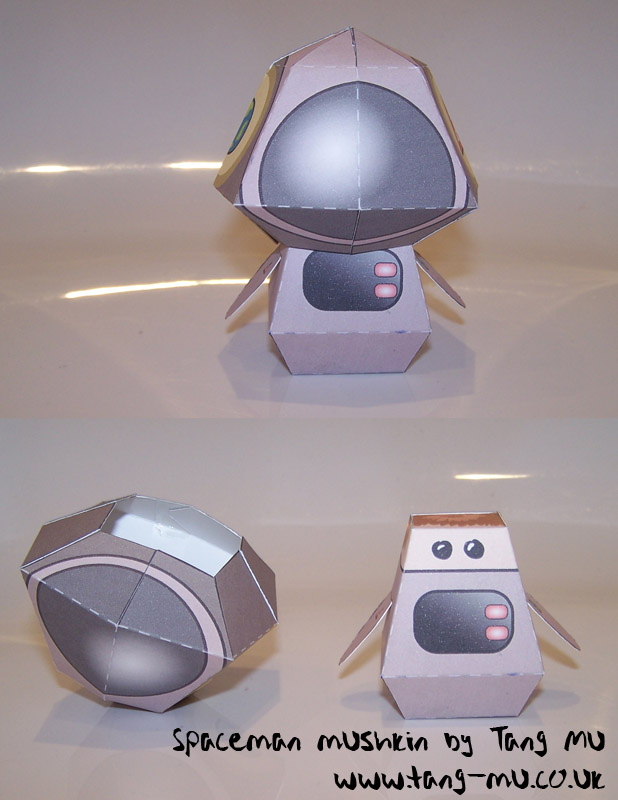 Hey peeps, after a gap of a year I've finally gotten around to putting series 2 of the mushkins out there. Massive meaty props to Dave Higgins, Alistu, JCone and Harlancore for contributing to the series, and there are another 3 spaces up for grabs for anyone else who wants in. A further incentive is the fact that the uk Jetix magazine (future publishing) are running the spaceman mushkin in issue 67 which drops on July 16th.

If you want in then you can get a blank template from the mushkin page on my webby and jus be a wee bit mindful that they're aimed at young kids. 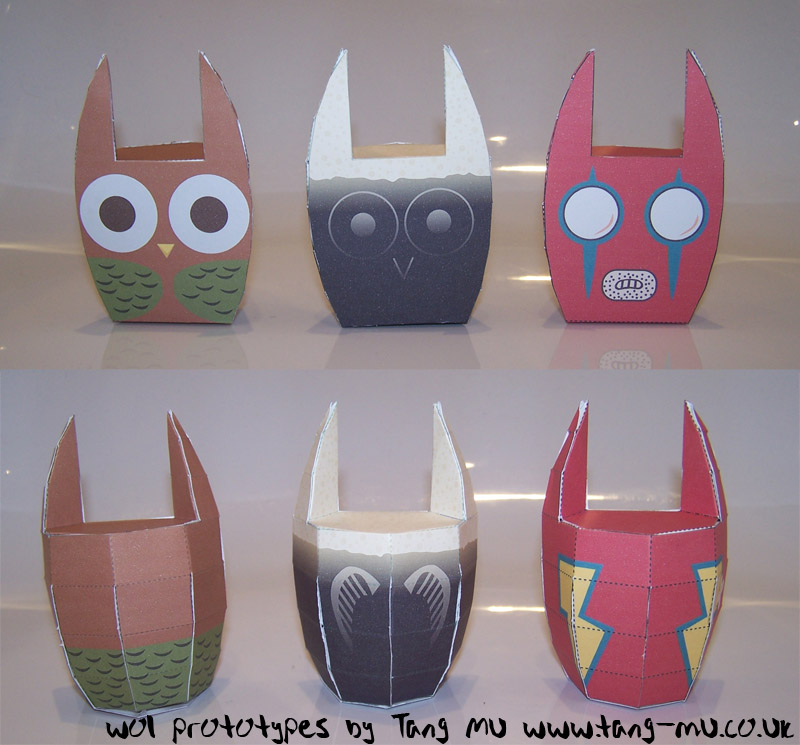 This is another toy that i've been working on. Not sure if the ears being 3d are too hard (was playing around with the idea of a series being a set of postcards so size vs fiddly complexity). It comes in owl, stout and luchadore flavours... tho i do have steampunk mask and geiger counter schemes kicking around in my head.