It's been a while - Project updates Hi Folks, haven't posted on here for ages as it has been pretty hectic back at the ranch - what with moving house and becoming a dad and all (scary eh?) but things have seemed to settle down for a while so I thought I'd prove that I had not just been sat idly by. (Trust me, with the first year of parenting nearly over there is *nothing* idle about raising kids O_o) 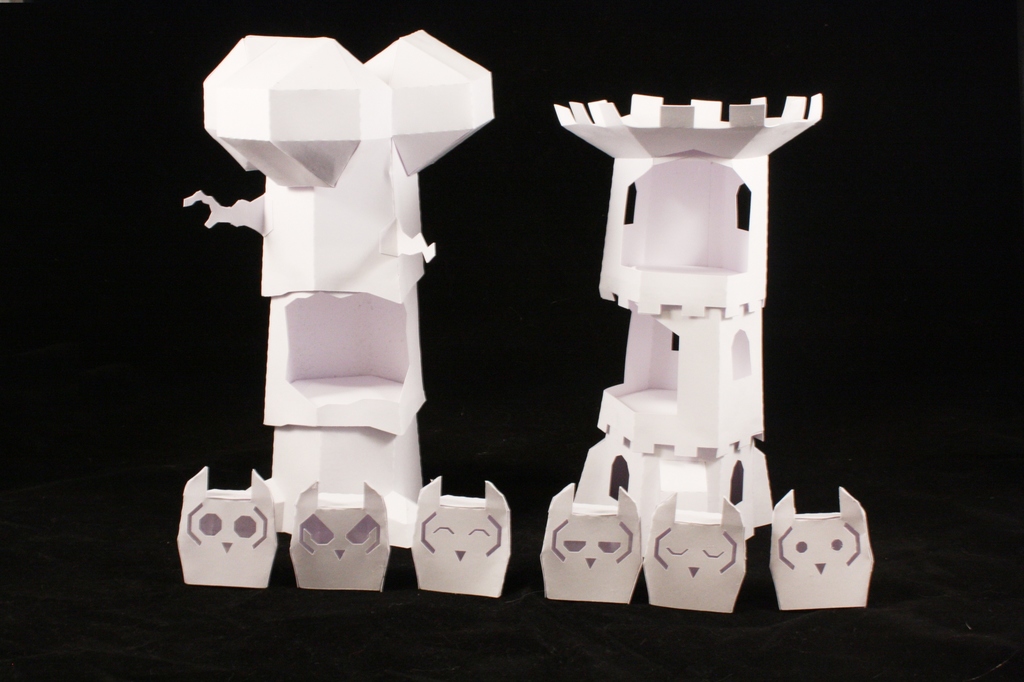 I've been working on a set of stacking toys aimed at a younger audience that is inhabited by creatures known as "wols". So far I've done a tree(house) and castle set and I've got a space theme in the works. I got to use my shiny new toy (a Sihlouette SD Craftrobo Knife Plotter) to help with prototypying these as it makes assembly a lot faster and is something I aim to introduce to my papertoy kits. 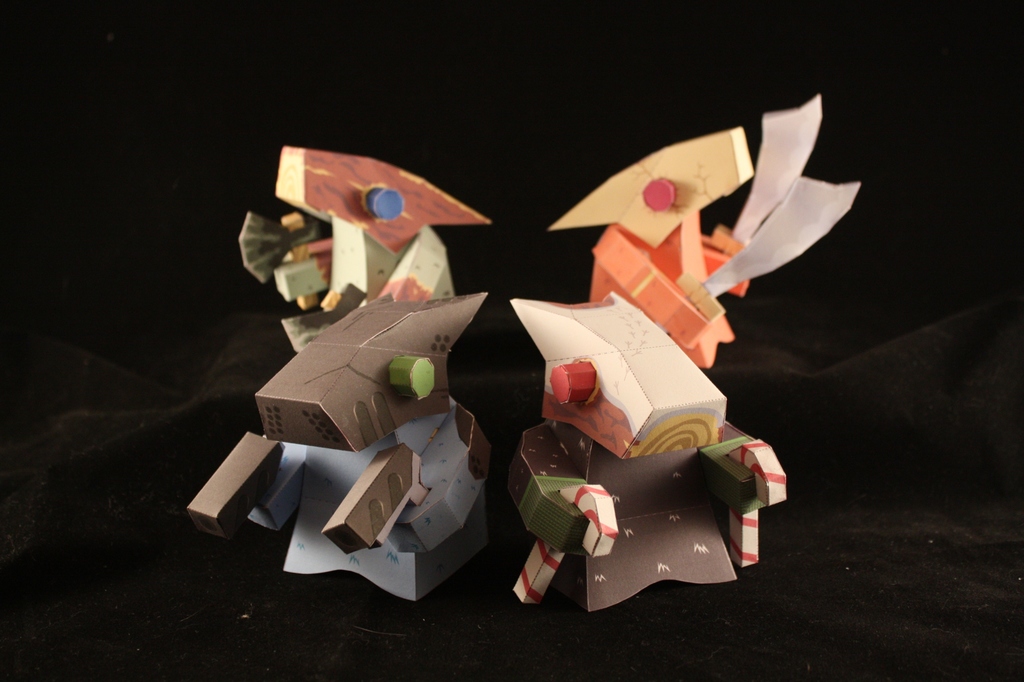 Introducing the first series of Marfusha paper toys - these babies have 3 points of articulation and a variety of accessories. My starting point was women warriors, the russian animal space program, the line of a song from Youngblood Brass Band and a cultural centre on an island somewhere. Nice normal things... I've got another couple of these lined up based on the Medevil and WW2 periods which should be fun.

Finally just to say that I now am up and running on both folksy and etsy where you can purchase either PDF downloads or physical kits of my Marfusha or Squat models for a reasonable price. I know a lot of people are against charging for nets so i'm willing to art trade or collaborate with anyone who is interested - it's tricky to put a cost on nets as a lot of the urban paper toy movement stems from the prohibitive cost/availability/equipment involved in designer vinyl toys (which I fully agree with) so this is a test to see if I'm in the right ballpark. People seem to value things more if it has a price but by no means do I want to exclude or turn off anyone who's interested.

The Wol's are preciously cute and their stacking structures are really giving off the vibe of a proper playset! You are using your new craft robo to great effect!