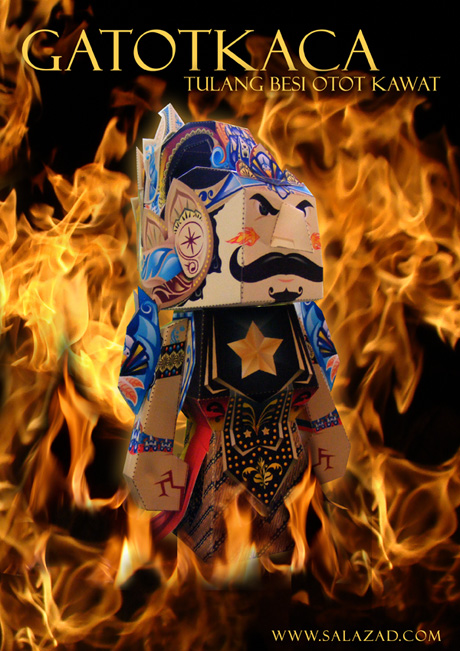 Gatotkaca who had ability to fly was the air force of Pandawa, his powerful magic blows had victimized a lot of Kurawa fighters. He led an army of giant from his own kingdom - Pringgodani.

Raden Gatot Kaca or Gatot Kaca, He is also called prince Purabaya, Bima and Arimbi's son. When he was born, he was named the powerful 'Jabang Tutuka'. No weapon could cut his umbilical cord. When Dipati Karna's weapon went into Jabang Tutuka's stomach, it increased his supernatural power. In the Bratayuda War his weakness was only known by Adipati Karna. He is a symbol frontline defender and is always ready in the sky. 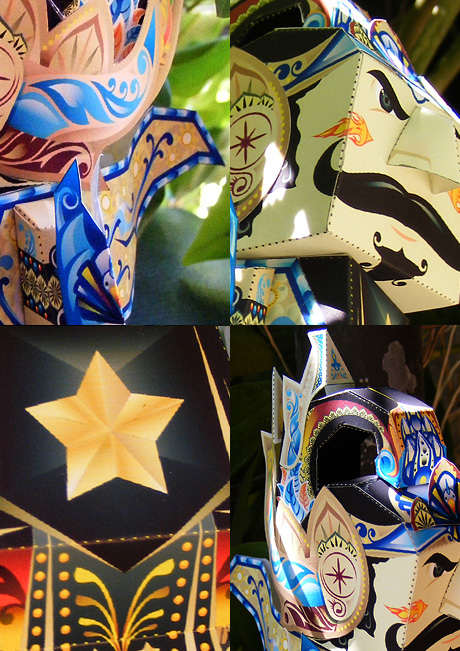 The three magical weapon of Gatot Kaca :
First pilot license is named "Kotang Antakusuma" that can make Gatotkaca fly quickly without supersonic explosion. Second prize is a hat called Caping Basunanda, which has magical power that not feel hot when the heat and the rain does not get wet. Third prize, in the form of shoes "In Kacarma" who have not will be damned although across haunted regions .

Comment by kobico on July 31, 2009 at 11:00pm
WOOOOOOOOOOOOOOWWWWW
This is SUPER COOL!!!
I drop my jaw instantly when I saw this! I've been a total big fan of Gatot Kaca and you have inspired me for the next series, Sal.
So far, I had to say (only because I'm biased with Gatot Kaca) this is your best creation!!!

Comment by hyad on July 27, 2009 at 3:29pm
very nice and fine detail on this model very beautiful il you want my funky dog blank template e-mail me and i send it to you !!!!