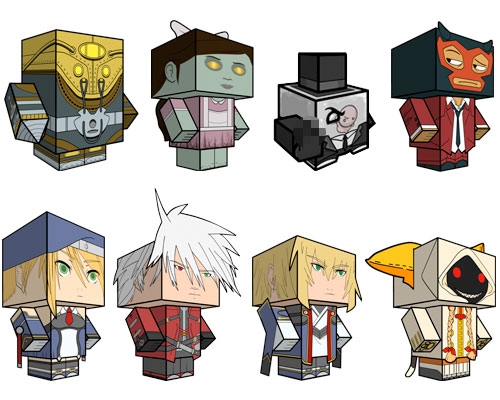 The latest Cubees: Subject Delta and Little Sister from Bioshock (originally appeared in PS3M and Xbox 360 World magazines), Dr. Fetus from Super Meat Boy, Red Demon from the comic series Lucha Libre (Cubee by my friend Emilio Lopez who I used to work on Ninja Turtles with), and the first four in a series of six BlazBlue characters. Of course you can grab all of these and more at Cubeecraft.com. Also in case you missed it be sure to check out the Cubeecraft/Carnival Action Cruisers.