For the first time in months ITP Studios is happy to be releasing a new BIT+ Paper Toy. After three years of going to conventions and this being probably one of the most questions question I can finally say, "Yes I do have something from Doctor Who". So I am happy to release, the first BIT+ Paper toy based off the Doctor Who series, the TARDIS!!

It was great getting back to designing these paper toys. I hope to release a new one every couple of weeks for the next couple of months. Thank you for all support over the past couple of years and your continued support going forward. 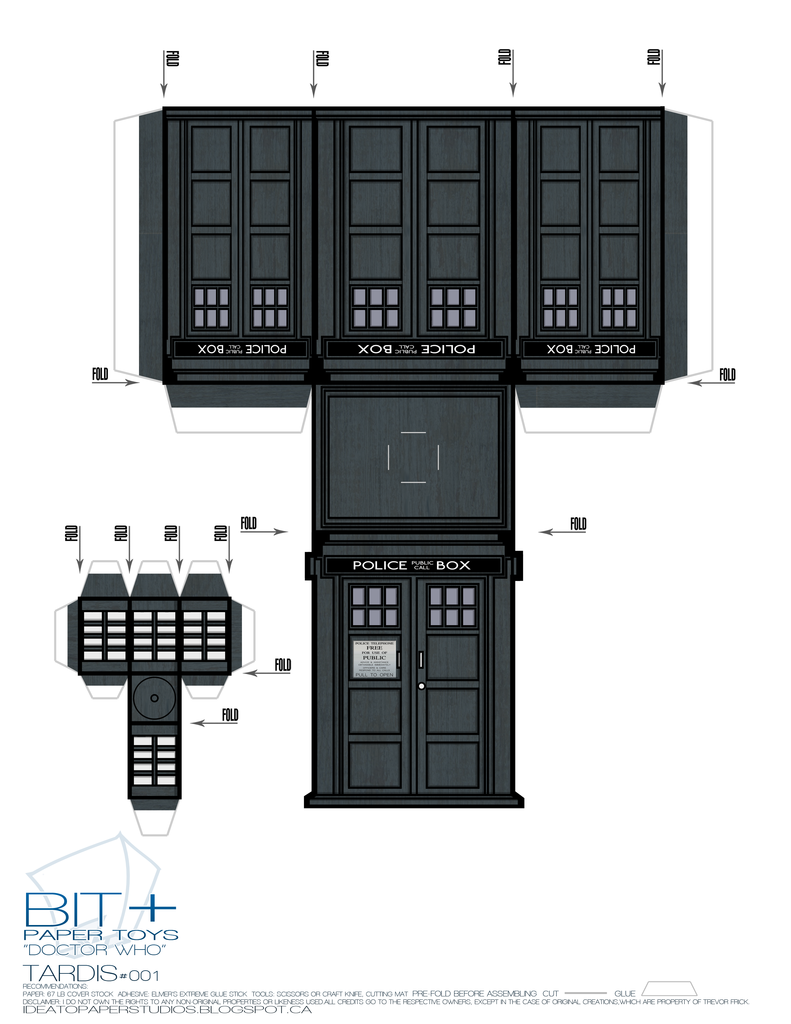