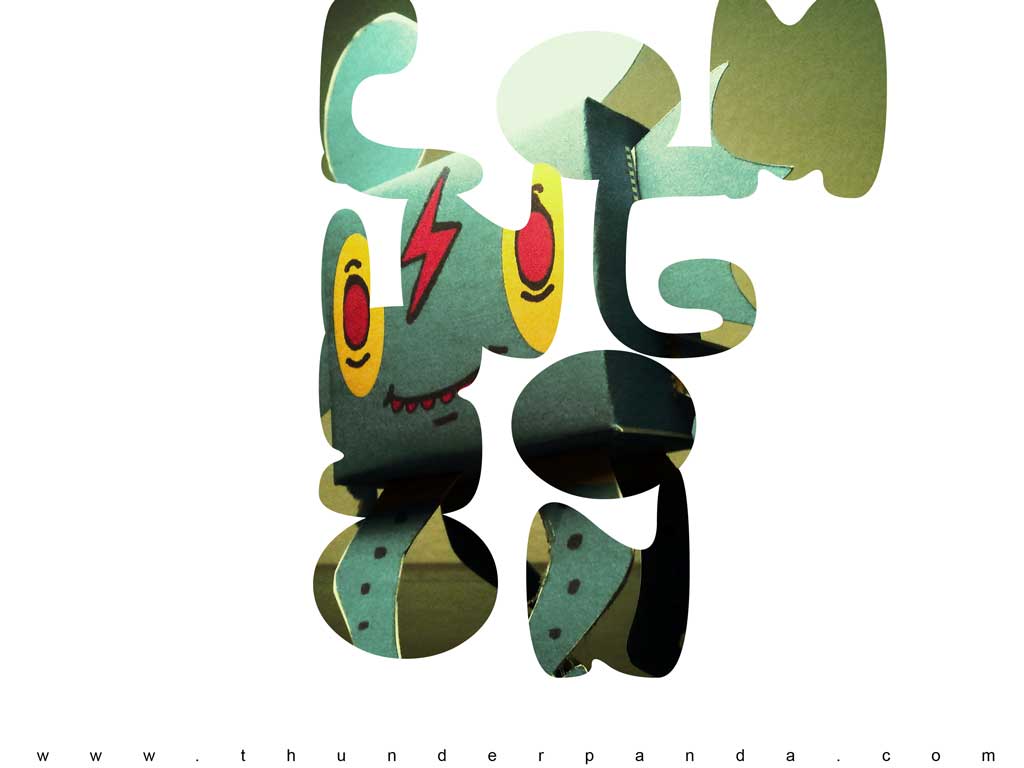 and here are the prizes…

"Things Aren't Getting Any Prettier in this Neighborhood" 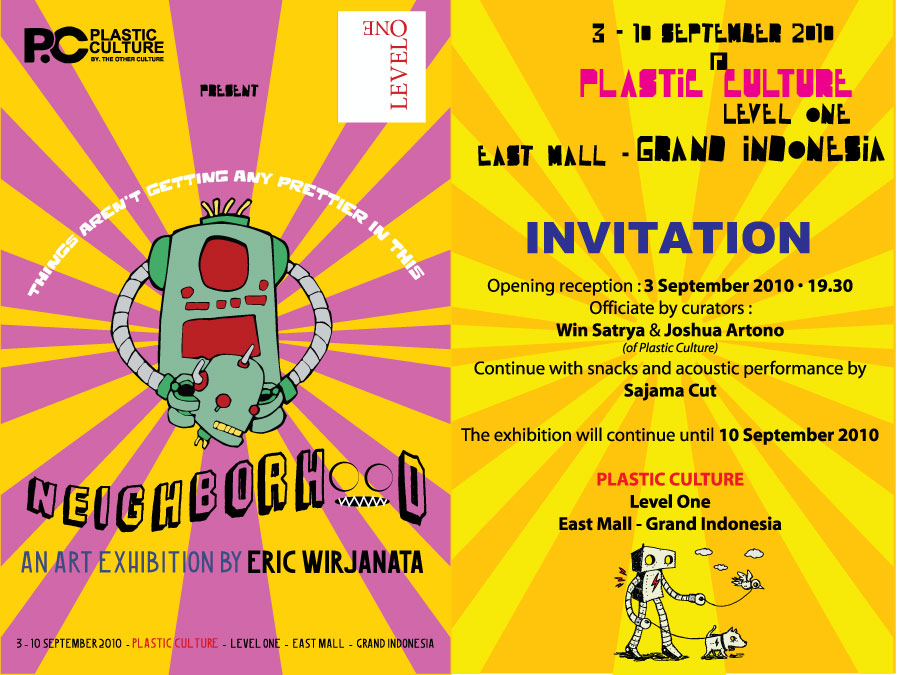 an art Exhibition by ERIC WIRJANATA
presented by Plastic Culture.

please come if you happen to be in Jakarta during the exhibition. :)

the best papercrafts ever... !

We Are Papertoys is up to pre-order

just found out that the nice book is now up for pre-order.
click on the image above to save yours.
and i'm glad to be part of the book. :D


here's the info as taken from Amazon.com
Arranged by artists, "We Are Paper Toys!" is the most creative book of its kind… Continue

Interviewed by Time Out Magazine 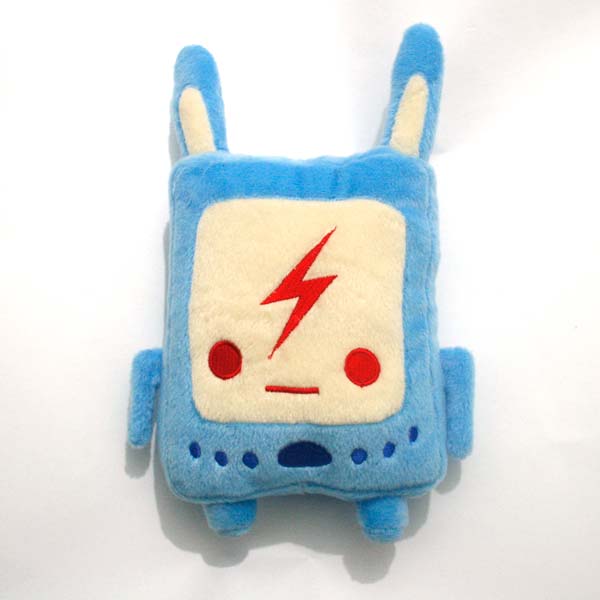 Lemi the Space Wanderer, now available as PLUSH
ready to be snuggled by you. :) 10 inches height, will ship in a canvas bag, and some goodies inside.
:)
book yours to tenacioustoys (at) gmail (dot) com for best price
or click here if you want it so bad.… Continue 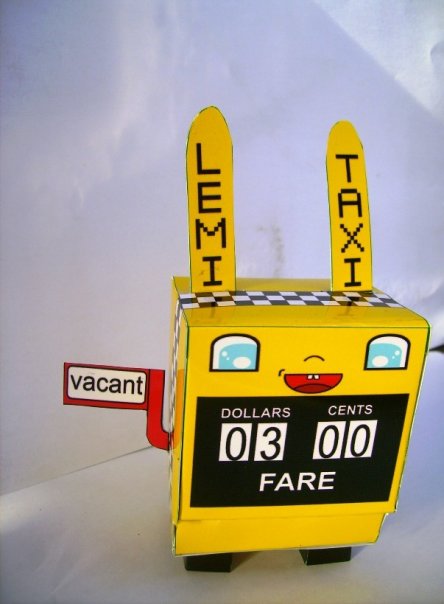 Hope people still remember the character Lemi the Space Wanderer. :) it's been a long time i haven't post anything new about Lemi.

I've been busy with day job and things, while also busy preparing the Lemi plushies that hopefully out by March.

But for now,(hoping that people will still remember me). i want… 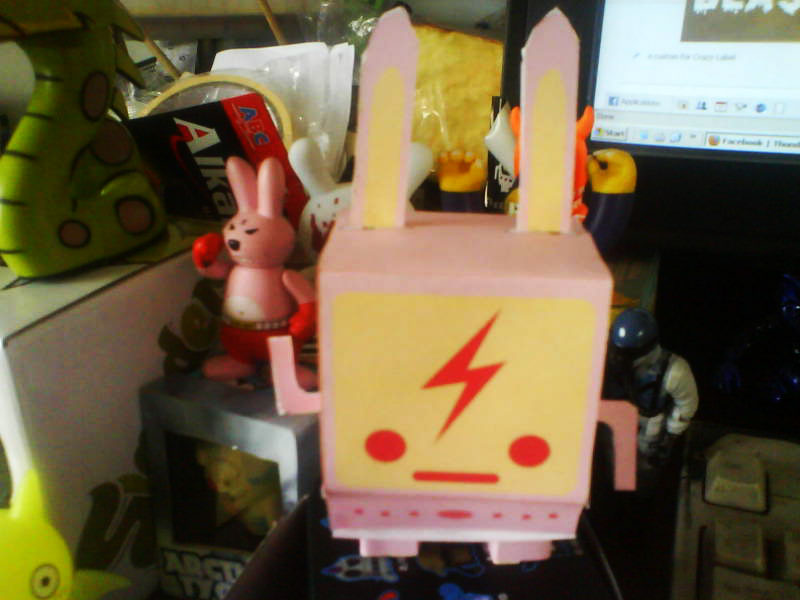 Sorry guys... to interrupting the spooky holiday with this not so spooky creature. :) 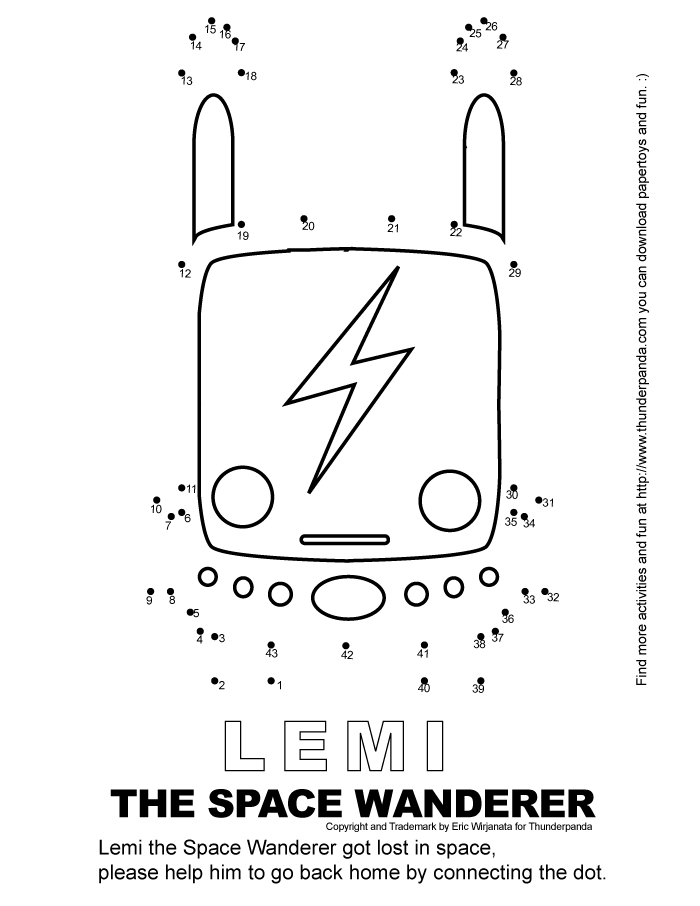 It's an activity sheet for you or your kids/your nephew/your students. :)
connect the dot and give some bright color to light up your shiny day even more... 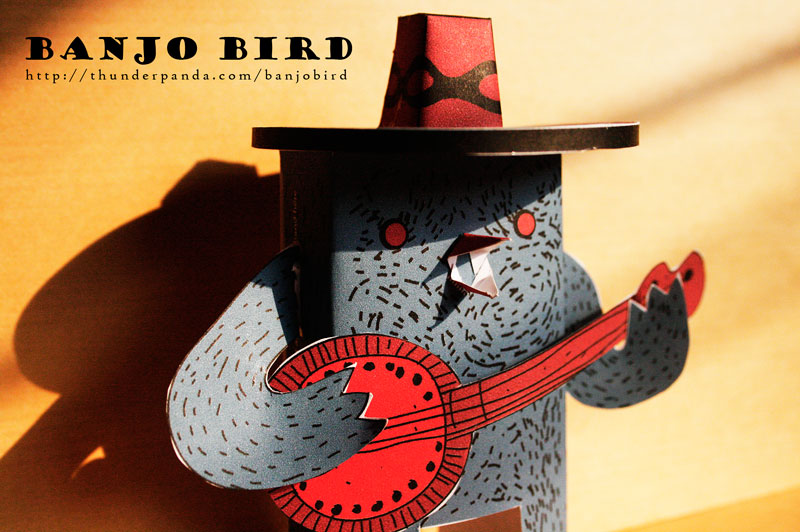 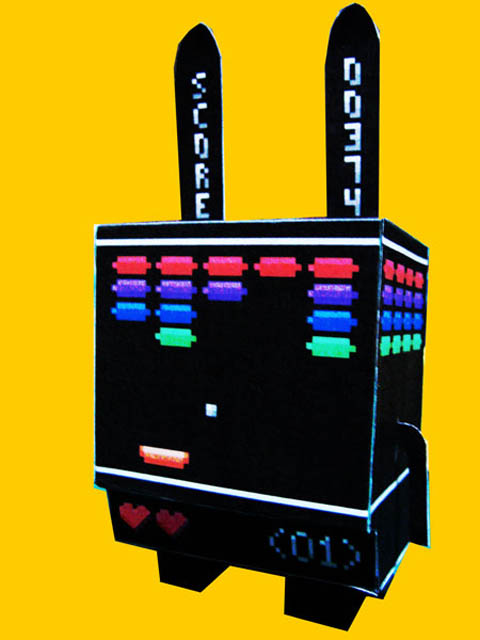 Do you have memories with Atari's Pong? i do, when i was a kid, i used to play this game with my parents at home, it was such a nice memory. And now Zakane from Singapore just made a Lemi Pong.
Isn't it great? i think it's great. :)
grab one at his website. http://justusproduct2.webs.com/custom.htm
and you can check some other custom, well, the photographs are in lo-res, but if you have a good eye, you'll spot a talent in… Continue 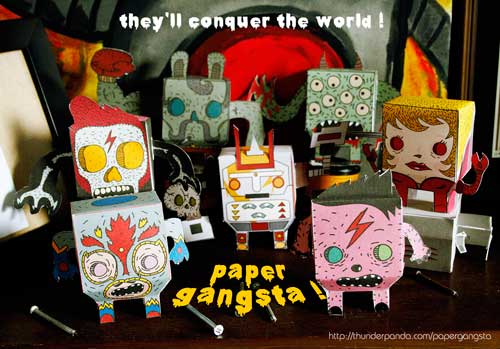 Watch out, don't mess with Gina, watch her warning !...

this is the last teaser, so for the next update i'll show you the whole team. hopefully next week. :)
http://thunderpanda.com
and if you have an fb account : add Thunderpanda the next in line for UMMM : PAPER GANGSTA ! : EL SCORCHO don't mess w/ us, we have EL SCORCHO that would give you a Figure 8 Lock Down and Magic Burn Smash Punch !

the pattern would be launched soon, right after i have 5 figures. :) with a proper photograph. :D

you guys are the first to know about this .

i'm not yet publish anything about this at www.thunderpanda.com… Continue i just finished a new template. that would be easier to make, and more character can be applied...
the photo above are the first character in the series... 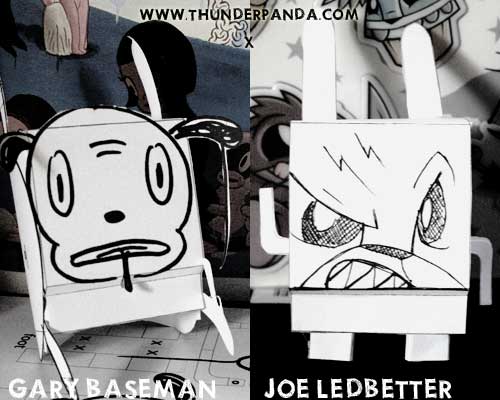 While attending the Singapore Game, Toys and Comic Convention, i ask Joe and Gary to make a simple custom, and by marker and pen, they draw on the blank pattern. :)
and even these only looked like a doodle, but maybe you're a fan of them can download the pattern at
http://thunderpanda.com/thunderpandajoegary/

and if you want to build them, becareful w/ the Gary's one, it pretty tricky. hehehe... and watch for a thin… Continue 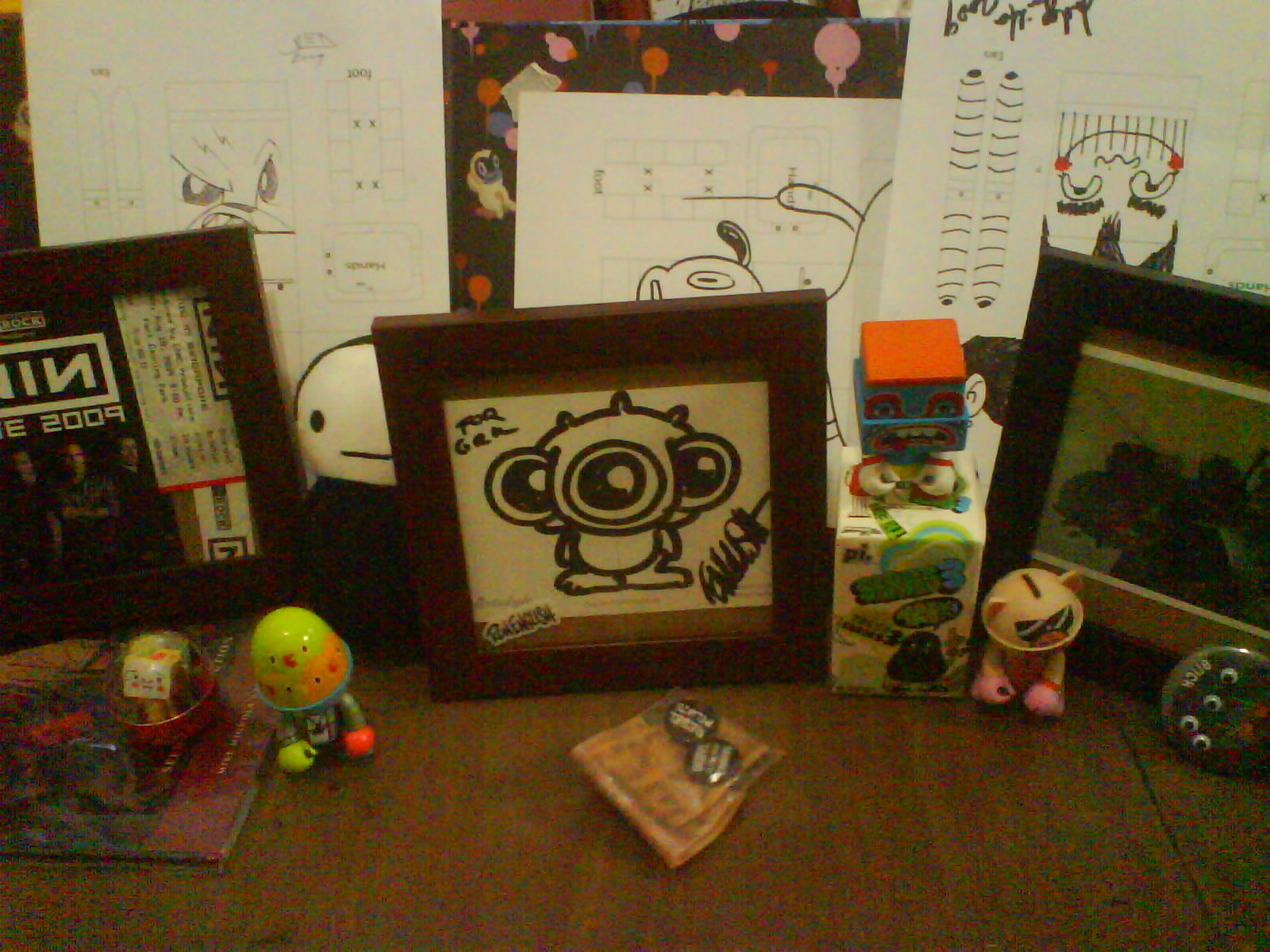 at the Singapore game,toys & comic convention i made Joe Ledbetter, Gary Baseman & Judas Arieta do a Lemi... I'll upload them for you, right after i scan it. (hopefully tomorrow). Hey guys, please meet TV Boy.
He's currently looking for a lot of friends, so that he knows where will he go at night.
but please remember, since his human father dump her mother, because she is a TV, TV Boy are a lil bit sensitives if you talk about his appearance.
be kind, and he'll let you watch TV Shows that you love.
click :… Continue