In episode 4 we learn how to build the Dollpunx-style Boxpunx model.

Episode 3 of my little papercraft show is online and waiting to be watched. ^^

The second episode of Boxpunx TV is online and waiting to be watched. ^^

After a long hiatus and a few false starts, I have returned to the world of papercraft. And I brought with me a video showing how to make one of my earlier model templates. I plan to make a series showing how to build various Boxpunx models, and I will post new episodes here as they are made.

I also started posting models at…

Since I no longer have a computer that is connected to the Internet, uploading pictures to a whole bunch of sites has become a bit of a pain. So I have decided to post my next generation of lovely papercraft exclusively on Facebook. If you want to see Boxpunx series X I implore you to click on over to facebook.com/boxpunx and become my friend!^^ 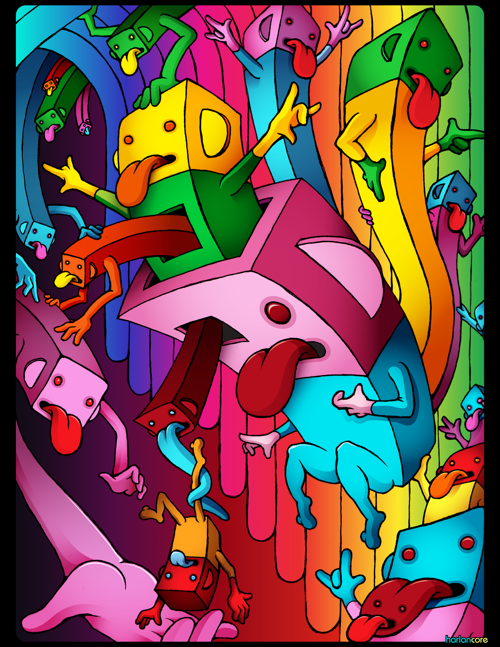 Happy New Year everyone! I just wanted to point out real quick that I have only received FIVE submissions for my (our) Heavy Paper project. But in order to make it truly interesting, I need at least 15 and I was hoping for 30! So, I guess the only logical thing to do at this point, in order to see if this is still something worth doing is toss out the theme (which… Harlancore and Abz and friends are going to try to make a new kind of papercraft magazine. Before you run off and make a template, you really should read the guidelines first. Once you have, and you find that you like our goals, then please, by all means join. I tried to do this before but I think the new version will be much better. This revision was born out of the…

It's not over yet suckers 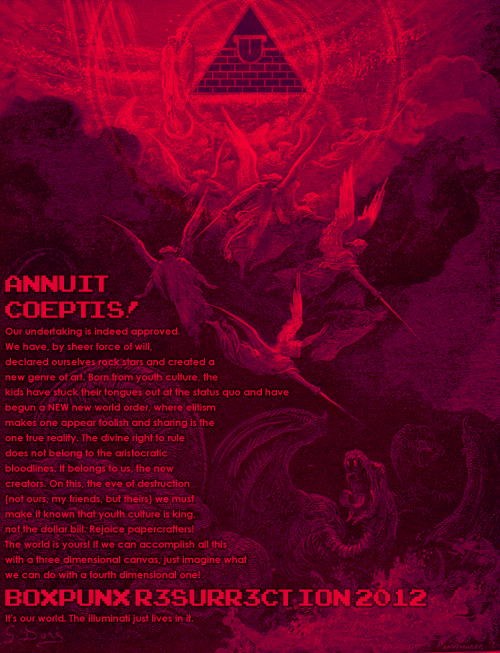 Three hours of Darkness: Celebrate BLACK FRIDAY (November 25, 2011) with Harlancore here at Nice Paper Toys. I will be in the chat room from 5:00 pm central till about 8:00 pm answering any and all questions concerning whatever, and I invite all papercrafters and fans to join me. Happy Thanksgiving and I hope to see you… 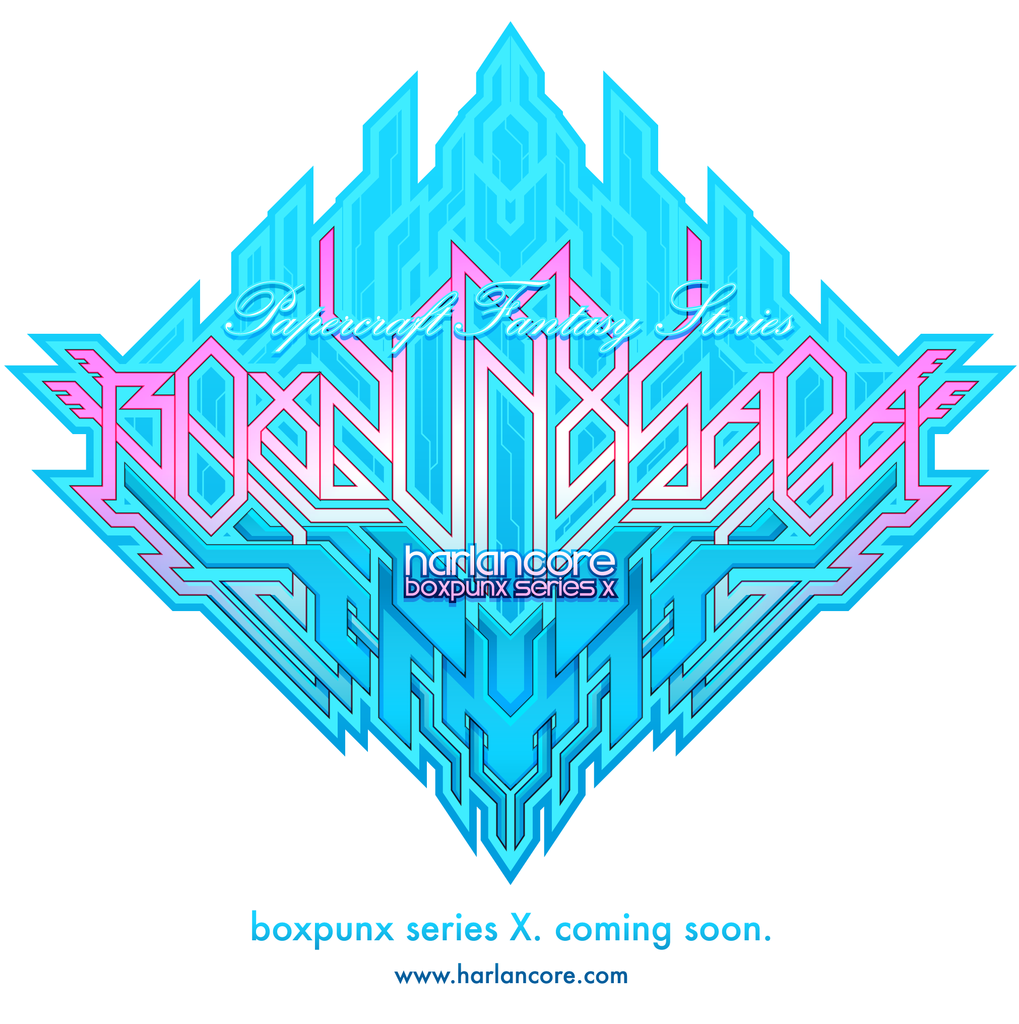 A new vision begins to show itself. Ladies and gentlemen. Devils and seraphs. Dwarves, elves, imps, and gnomes. It's almost time for Series ten: Boxpunx Saga - Papercraft Fantasy Stories! A handful of duel-classed characters, a couple of big bosses, and a few other odds and ends. The culmination of three years of design and re-design. 24 new models in all, including some all new never before seen shapes and sizes. Whose… 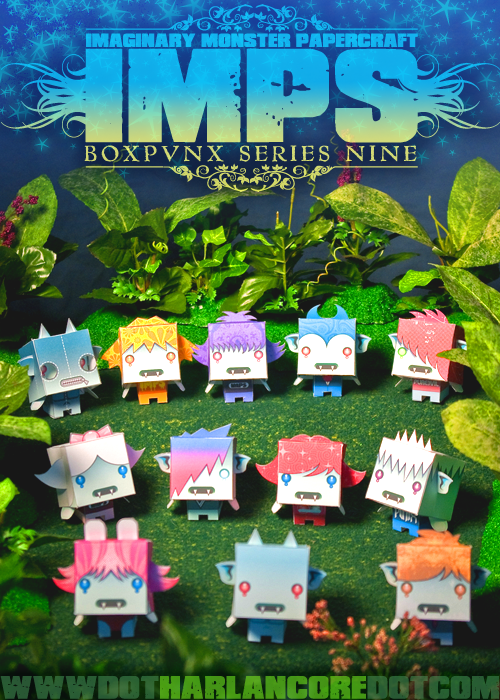 The first batch of IMPS have arrived, and they are both glueless and tongueless. View the templates at boxpunx series IX 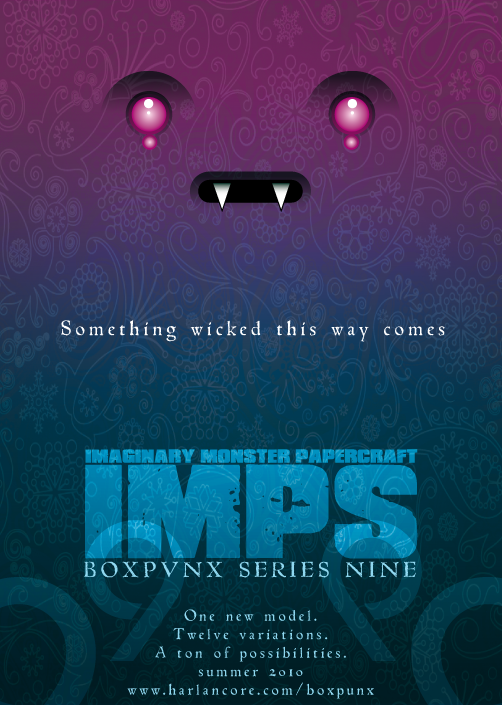 Ok, I think I have taken a long enough break. I wanted to take some time and not only make something new, but something I could really be proud of. After a zillion experiments, I think I have finally achieved that, so expect a new series soon, not today, not tomorrow, but s-o-o-n.… 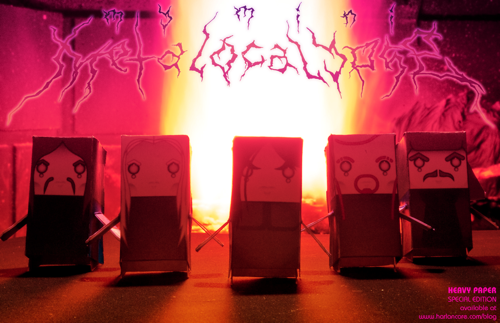 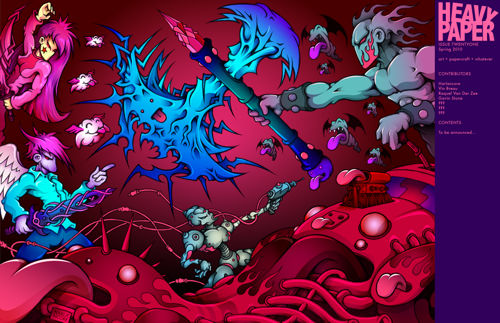 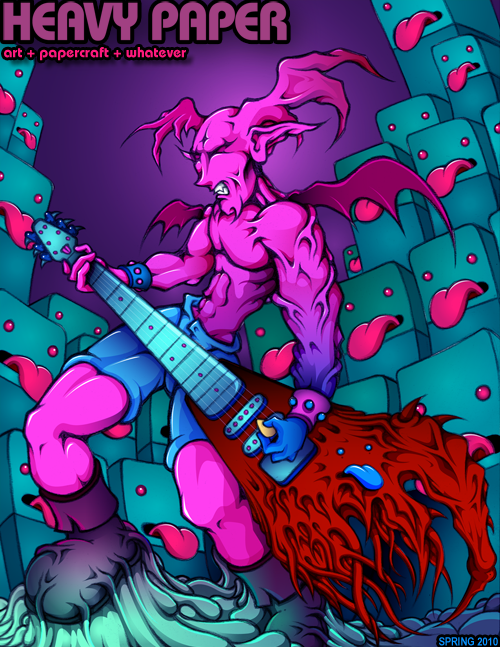 After careful and extensive consideration, I have decided to make a papercraft related zine of my own. The focus of this project will be more directed towards fan art, or interpretations of characters, as opposed to original customs. IILOVE has that area covered, and I dare not try to emulate what he is doing, and hope to continue to contribute to his beautiful zine.

In addition to fan-art type stuff, I also hope to feature ART by… Continue Happy Holidays from Jason and Vin over at Harlancore.

The Dawn of the Age of the Lords of Paper I played this video game recently called Brütal Legend. (Maybe you've heard of it?) There are many things that could be said about it, but for this space I just want to mention it's art. The idea of combining the visual style of a genre of music with a full blown fantasy world is very attractive to me and this video game is an incredibly impressive take on this concept. I am not even a true "metal fan" (I do like quite a few metal songs, definitely!),… Continue 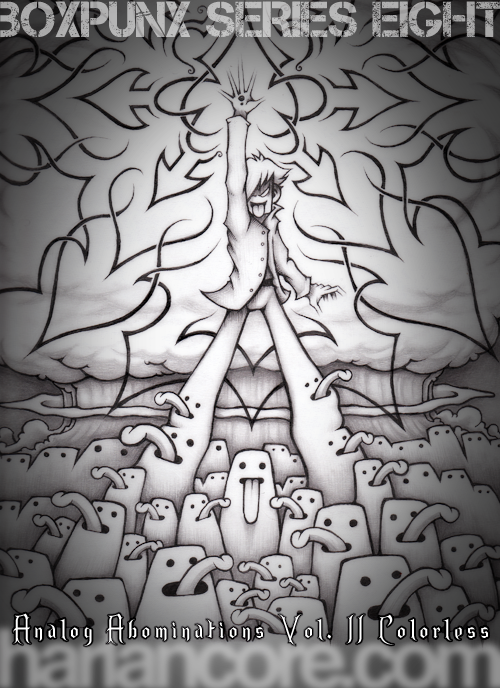 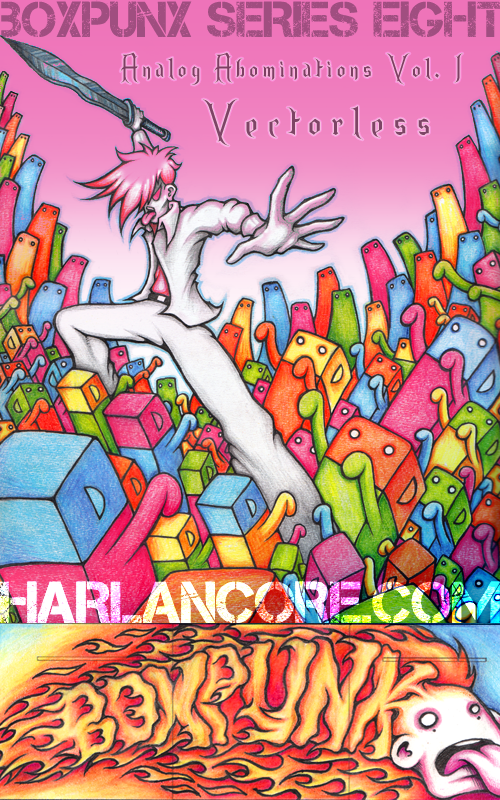 Here is the first handful of Boxpunx [series eight] models. These are 12 new and original non-iconic anti-characters, which is really just a fancy way of saying "my random doodles". Each model was drawn by hand in pencil, then inked or colored or both. Then I scanned the templates, and uploaded them. And boy, was it fun. I set out to make 12, and before I knew it there were like 30 +. Also, series zero is up and downloadable. Expect 12 blank… Continue 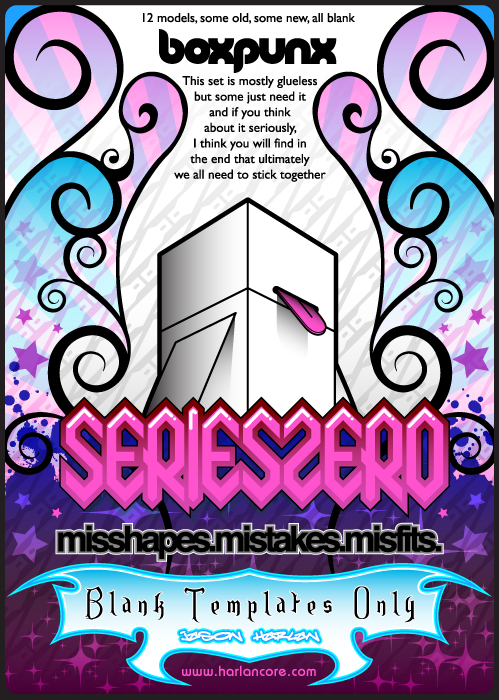 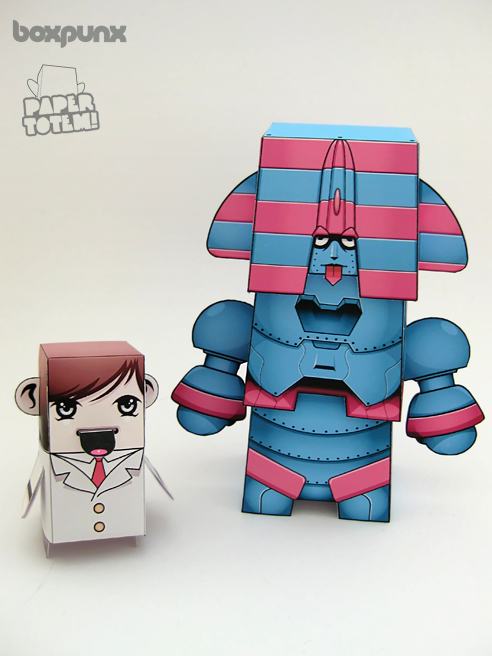 I recently finished my custom for Dolly Oblong's PAPER TOTEM! series. I call him "Totem Robo", for obvious reasons. Boxpunx model is included. Download him here:

Unrelated, put potentially as interesting, I was recently interviewed by Giantkillersquid.com and also made an exclusive WATCHMEN boxpunx for them. Which one… Continue