Here is a picture of my latest and cutest paper toy, called the green night light (seen as it’s based on a DC hero) Im still deciding weather to make it a download or not, but you can still love him to bits through the computer screen right? 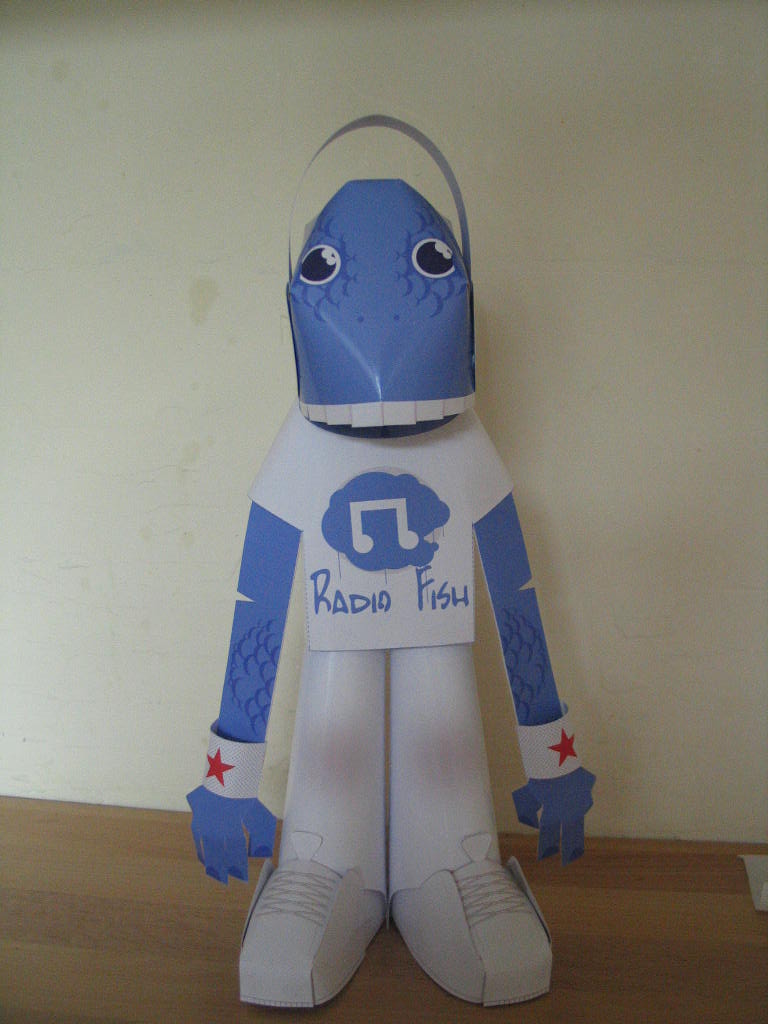 This is my larger than life papertoy named Radio fish, unfortunatly not up for download as im hopeing to have an exibition with him in it, he's a cool 5 pages and 30cm high.

Ive already asked for this once and this will be the last time, ive already had help from people and i thank them for that (free limeted adition papertoy for you all soon) but i still need old papertoys like the ones that used to come in the back of comics and things anybody help me out? If you do you get a free paprtoy like the others! Hay i reolised ive released alot of papertoys but never put them on this site as i only realy use it for comunication but anyway heres steamboy,This is a simple picture of what my creation steamboy looks like ive decided to make this a papercraft not for the weekharted, sure it uses simple shapes compared to my usual designs but im not adding any instructions what so ever other than what the lines mean. p.s his arms are roly quit big so you can hold a… Continue

Im trying to gather up all the old papercrafts like theones that used to come in the back of comics..anybody got some somewere? ive got the majoraty from google like arcade machines and dishwashers but PLEASE HELP ME OUT!

p.s everybody that helps will get a limeted edition papertoy.

Ive just finished a huge model called radio fish which is an urban fish man which sould be in an exabition im also hoping to get it in some magazines, its a whoping 6 pages and stands at about 30cm tall, its been described as 'Shin Tanaka meets Matt Hawkins' il release the pictures as soon as i can :P

Henrry and the human hill Henrry and the human hill is going to be a short 15 or so paged comic with some papertoys at the back, its about an ant that finds a human hill,inspired as a child by my mum saying' how would you like it if an ant was to step on you' and by Matt Hawkins comic stiled papercrafts. Heres the first sneek peek (even though its probably going to end up horably… Continue

the people who are going to be in papercraft serise 1 are revieled!

plus for serise 2 i already have big names like,horrorwood ,Marshall Alexander and MCK lined up

theres only 3 spaces left for serise 1 papercrafters sutch as :-

are going to be in serise 1 and we already have MCK and Marshal Alexander lined up for serise 2 (there working on them when they can) for more inforrmatioon go to ... http://holycheriopapertoyz.blogspot.com/ Im calling all artists to come and custom my latest design, I already have artists sutch as Al Azad ,oh-sheet ,e-ta-i ,one foot too big and Marshal Alexander plus MCK are making theres when they can! so why not join in go to my site and contact me if your up for the job.