For some reason the links wont work on the actual youtube page...so ill add them in the side bars for future episodes... go to urban paper or criminal toys

I know this episode sucked...lots of work going on... any shoutouts for the next episode add… Continue

Hot paper out on monday!

PDFs of all my papertoys!

Thats tirght thanks to collage I will soon be doing PDFs of all your favorate papertoys! (mine ofcorse)

This will mean you can print them in super high quality and no more pixalation or TIFF files :)

Haloween special, I go thrugh my top 10 paper monsters!
Thanks for advice on last episode keep it coming.*Special shoutout to 3 eyed bear for helping out also DCM and Ross Hendry* 100% animated :)

Shoutouts and so on for episode 3 add… Continue

Ha ha! It seems im the only one that didnt like the vidiocast!

Everyone els seemed to love it ;)

so i was going to cancel it but now I will continue I will change the layout however more of your work less of me standing there looking tired.

No episode next week im not at the set.

P.S I know I look about 10 but im actualy 16, in collage and quite an advanced media developer ;) so never judge a book by its cover.


I didnt like the outcome to be honest I think ill change a few thinfs next time.

Were wolf and Hocky mask merderer

These were my contrabution for the chatting collaborators fear fold collection 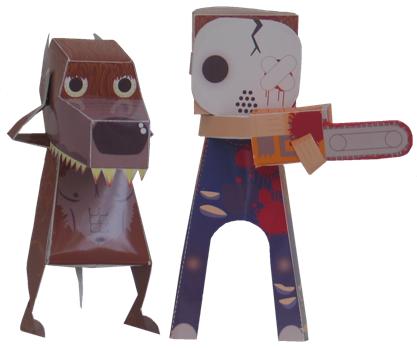 Due to the fact… Continue

I was going to do the first episode of hot papertoday but its been delayed, so so sorry!

Next week!
Its delayed so it has a better set and animations and stuff like that.

any shout outs or anything for the show add below 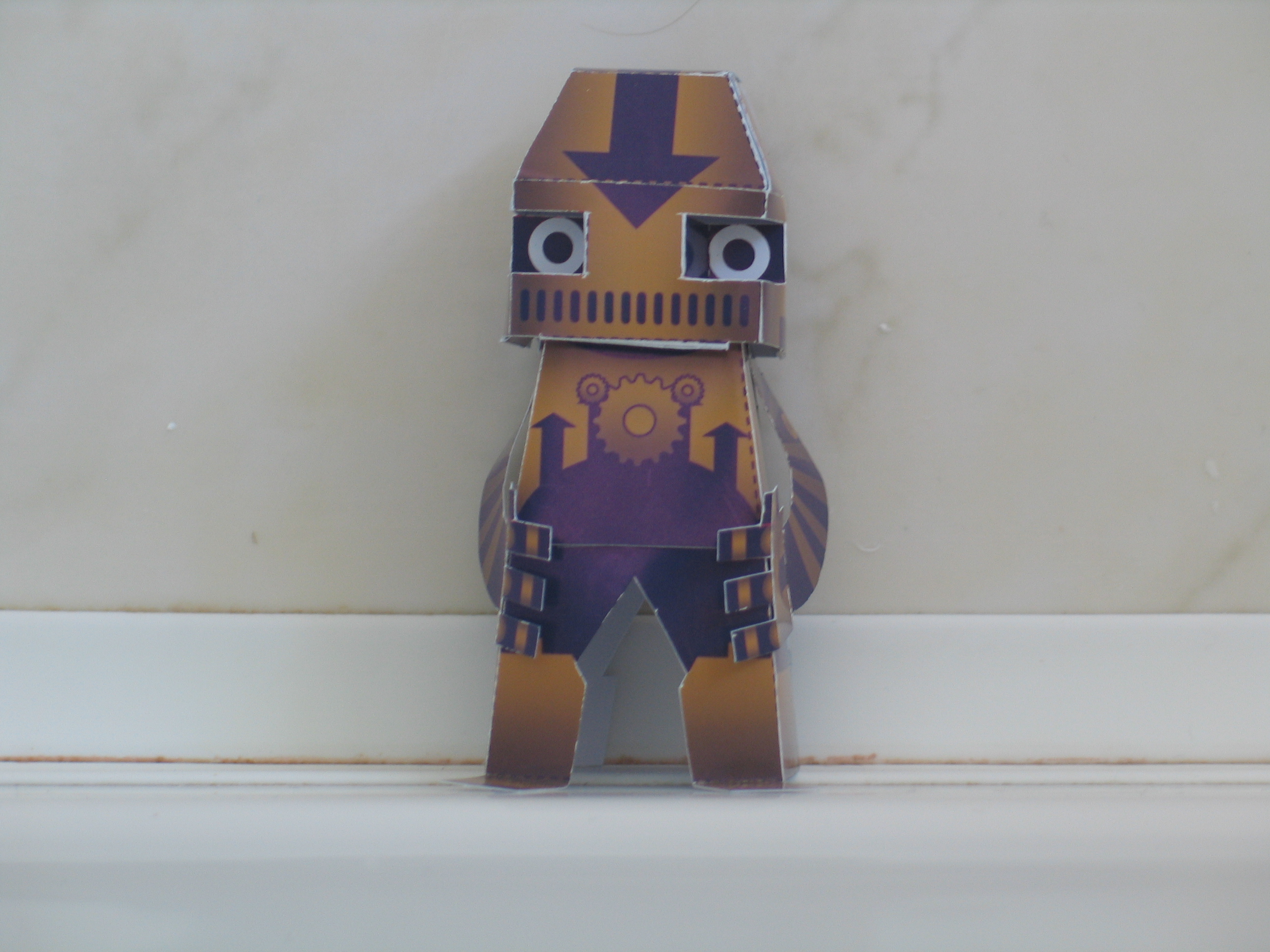 coming soon to a computer neer you.

As some of you may know the GCSE results (final grades) were given out in the UK a while ago, in art my pradicted grade was a D/E which is a fail, so for my final test i wanted to do something new and intresting,which is when i found papertoys. I made 16 sock dogs (my first designer toy) to show what I wanted to do, but 3 hours into my exam disaster, the computer crashed losing all my work. But that didnt stop me i took the opatunity to make the toys biger and better, creating 6 new page… Continue

normaly i welcome each and every new member to nicepapertoys, but ive been away and loads of people joined up so i just wanted to say WELCOME to everyone new :)

Ive decided to put a deadline on for everyone making a Papercut for serise 1, the end of september ,I think 3 months on a project is long enugh, or i could just relese 5 from sreise one and wait for the other 5 as serise 2

Hes going to be up for download soon! Hes orange instead however and re-named power boy 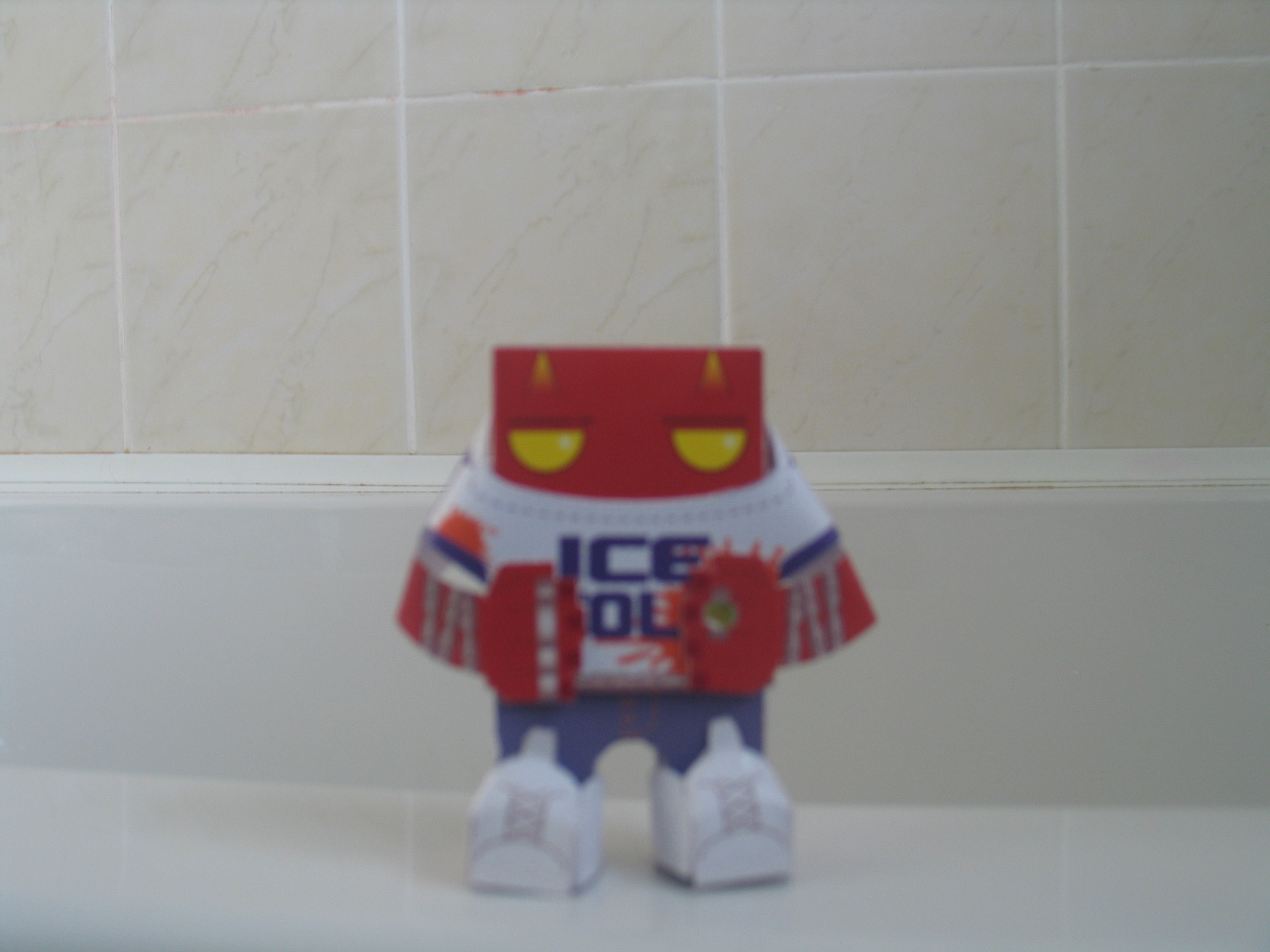 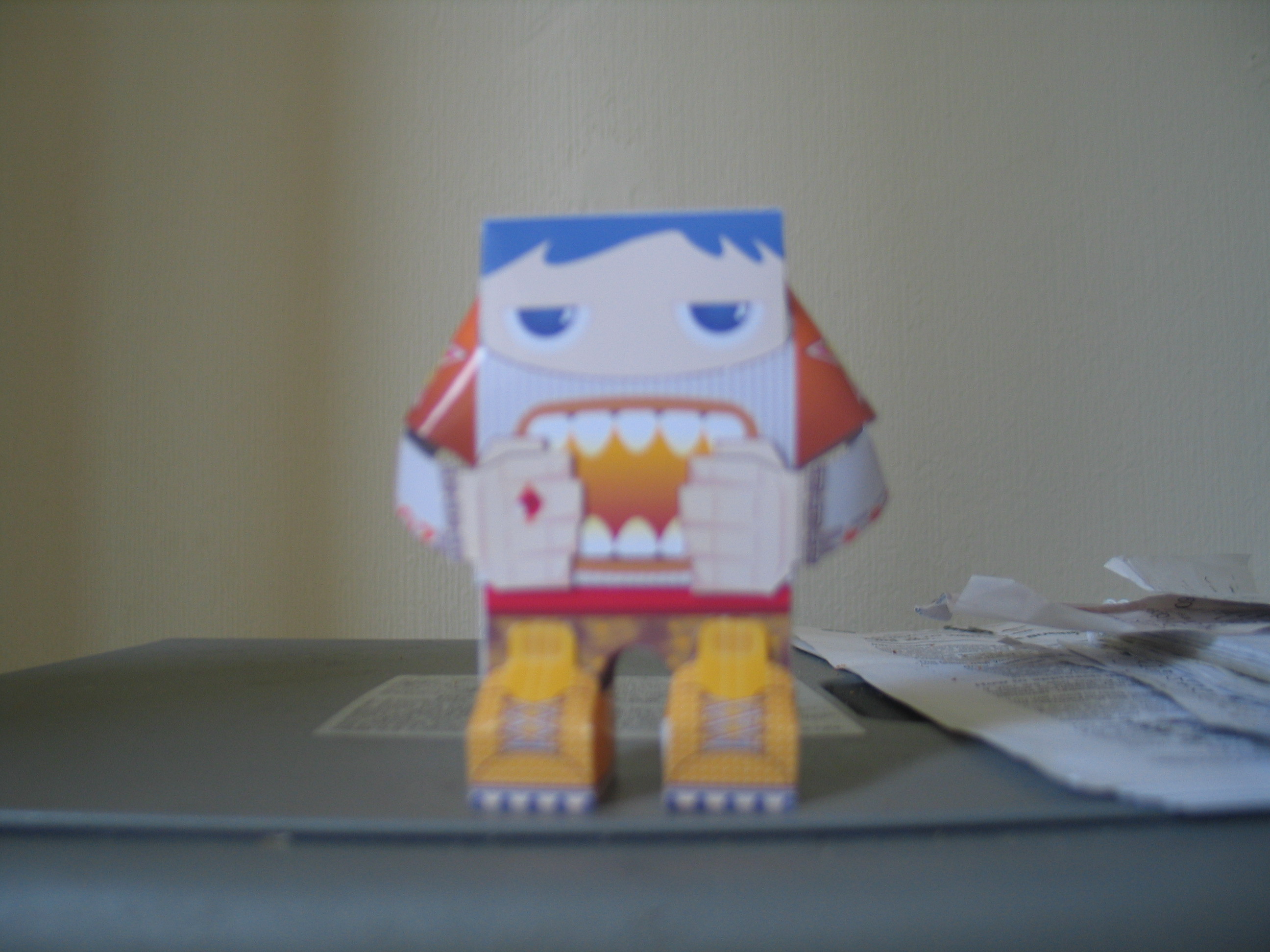 heres a little look at papercut series 1 this is two of the papertoys in the series , the first one is by me, tis a devil wareing an ice cold t-shirt, and the second one is by the amazing Sal Azad this is 110% the normal size which only makes it 110 times better, the series will be out soon once the last few designers have… Continue 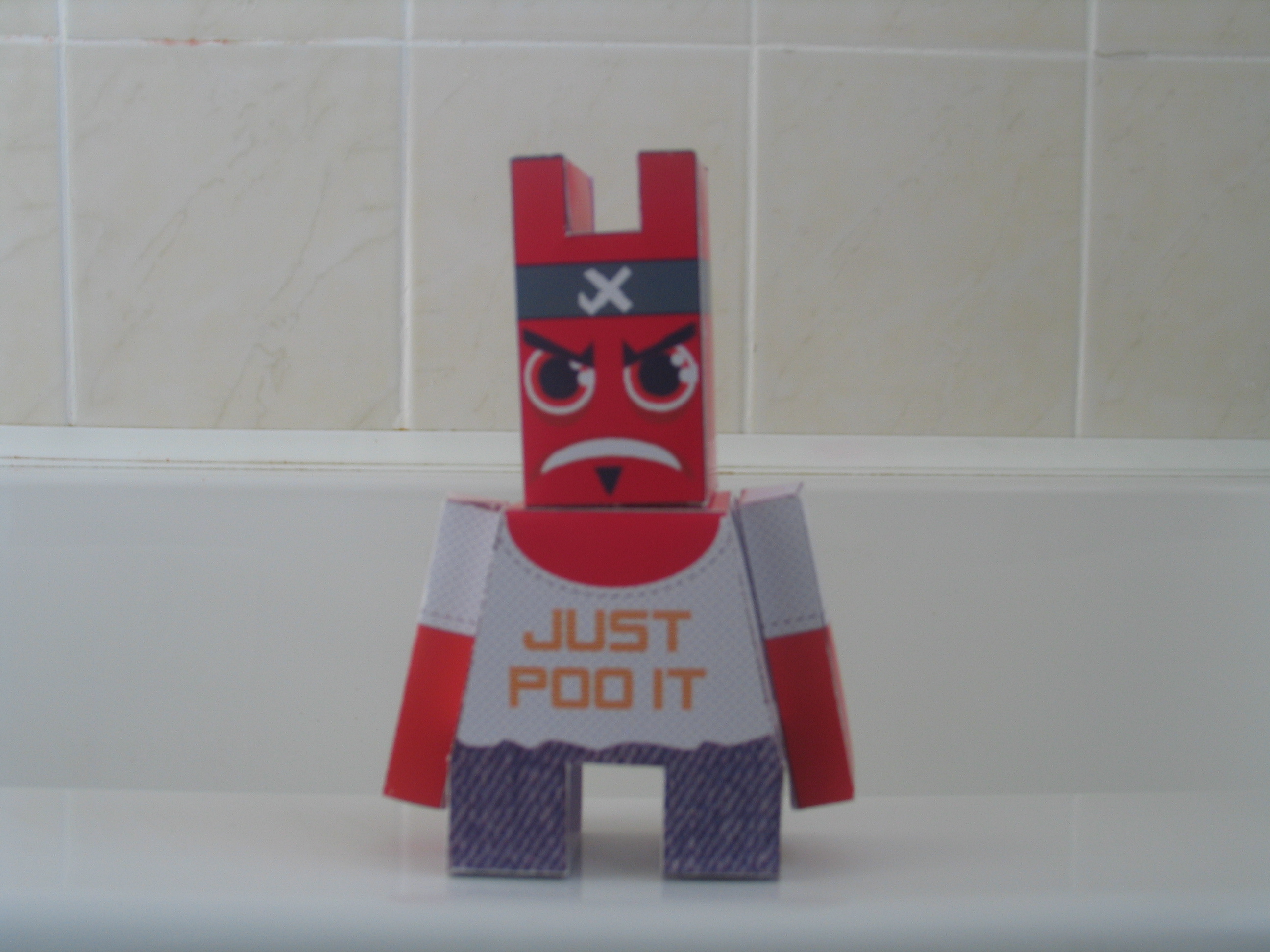 Heres my custom of project invader, I turned the head around to make this demons head. I hope to make more customs of others work very soon. 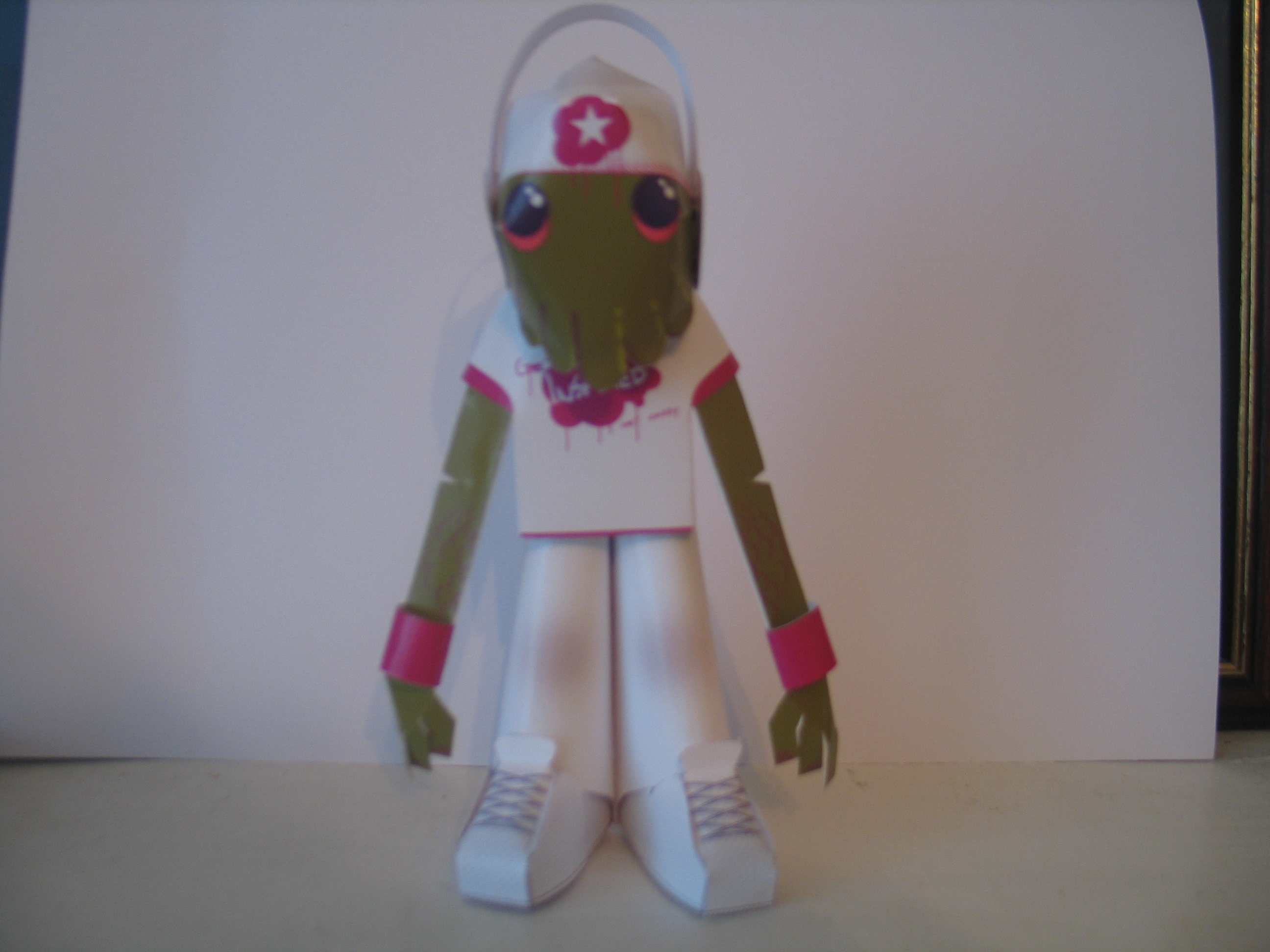 g
heres the new version of radio fish, its 50% scale which makes it alot more fun to make and its alot less delicate, i managed to make it 2 pages instead of 5 and gave it this urban look.

Il post better pictures soon any tips to get rid of this horible blur?

well heres a bit more from radio fish, ive put him next to boxy (shin tanakas work) as a size comparison, im working on more radio fishes and even a 50% scale vertion. 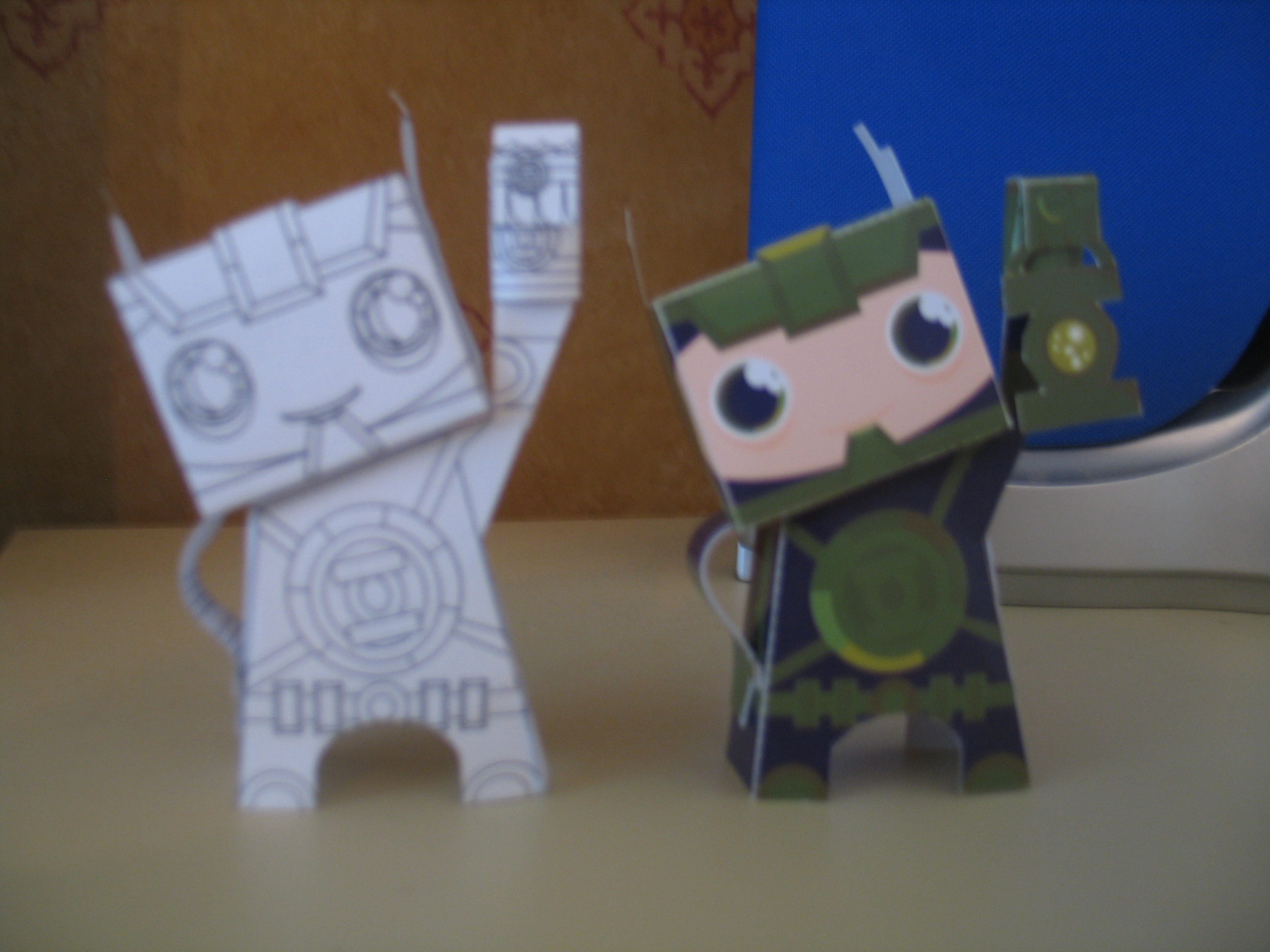