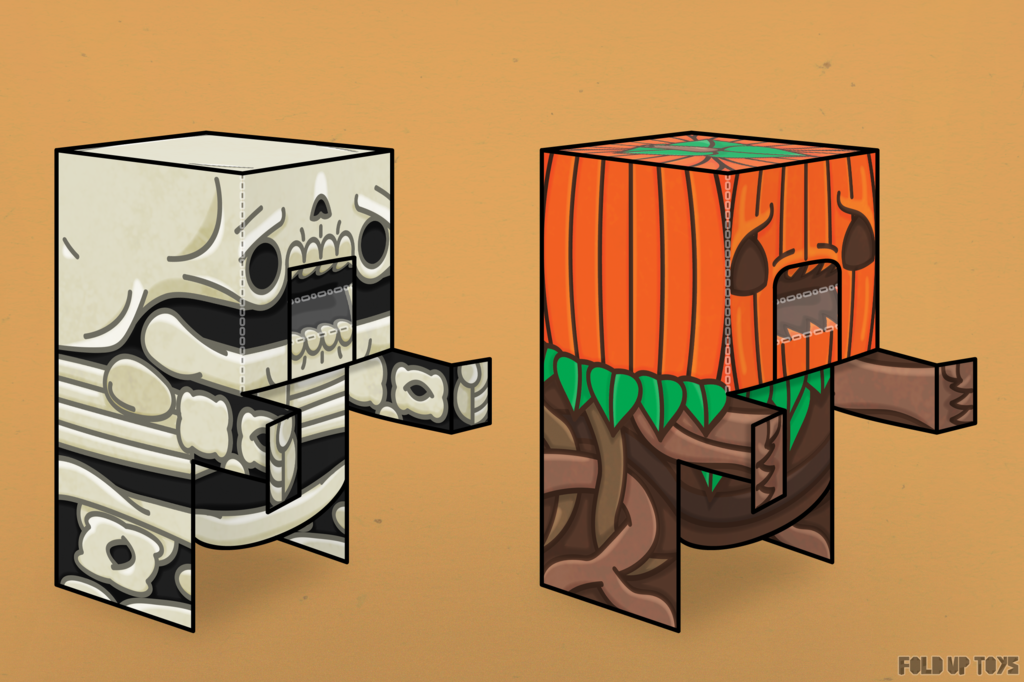 It's getting towards the spookiest time of year, and to celebrate here's the first two of four free models. Skeleton and Pumpkin Halloweenies a set of quick and simple crafts. 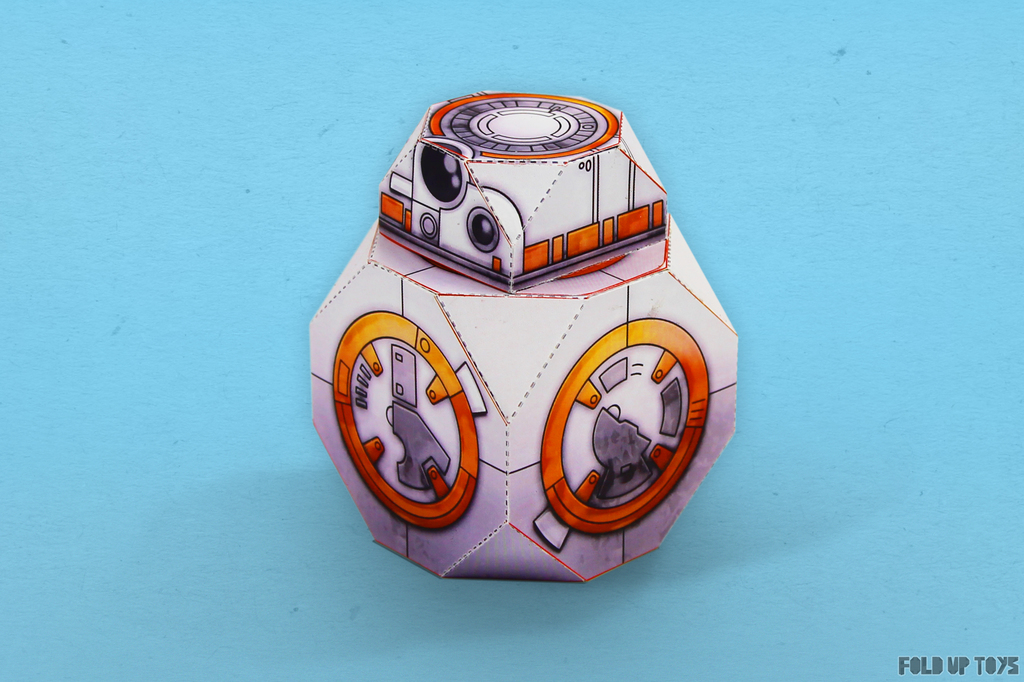 Fold Up Toys will act as my portfolio (Alex Gwynne) in the future, with new projects and free downloadable being uploaded regularly. I will also be uploading newly updated versions of older paper-toy designs bringing them up to my current… 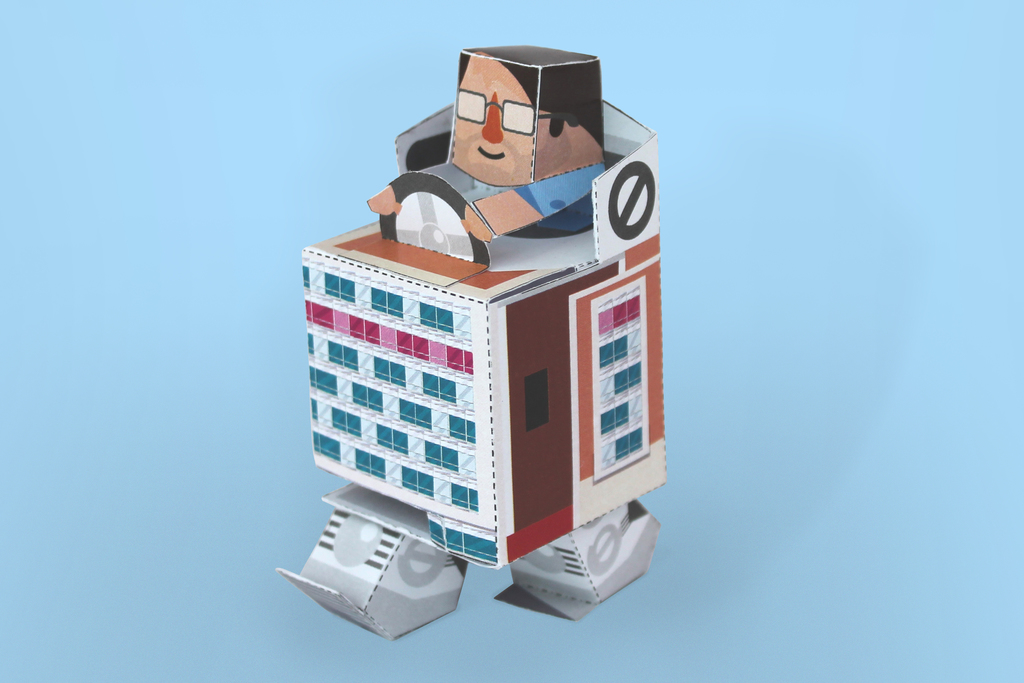 I made a toy of my new boss riding around a building like a mech, to celebrate us moving into a new office. He seemed to like it. I might re-skin the toy or re-purpose some parts of it so that you guys can download… 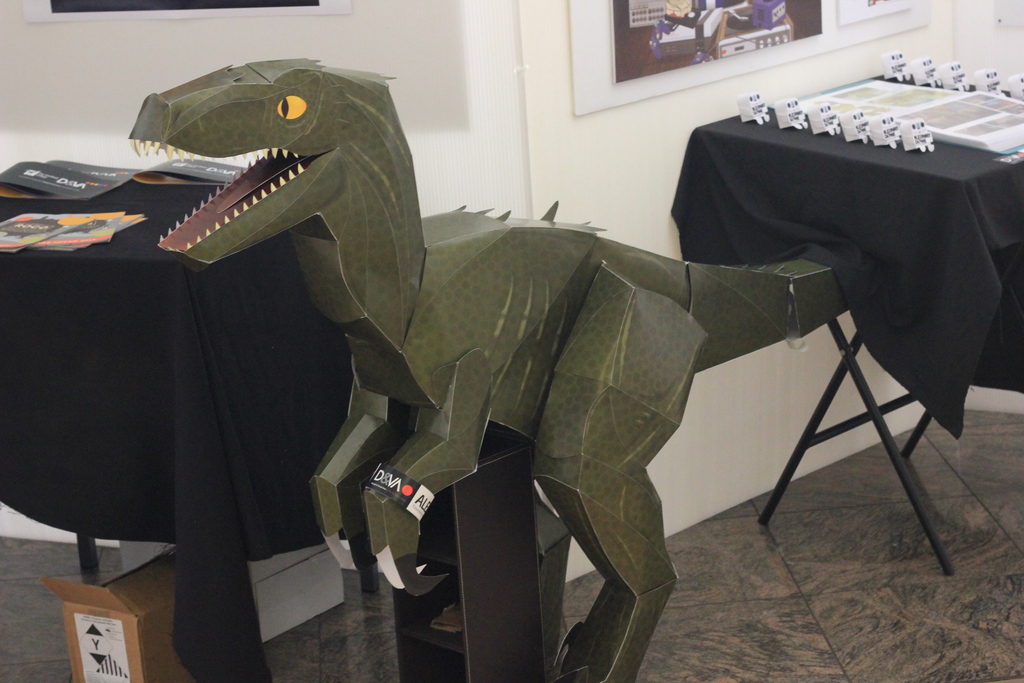 I just finished my graphics design course at university, and as part of that, we had a final exhibition. I re-build my giant dinosaur model as well as printed out some other projects I've worked on for my board. Some of you will be happy to know I'll be walking out of university into a job designing paper-toys and resources at a design firm in my city.… 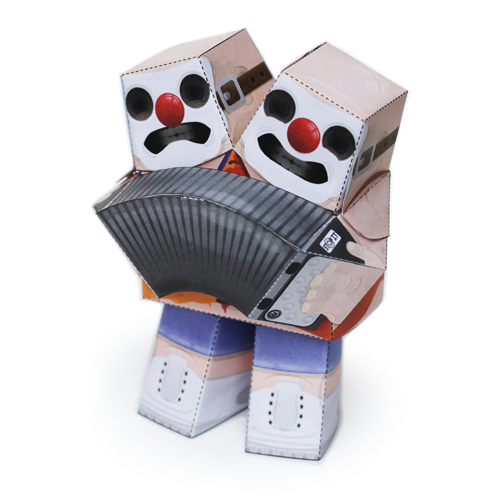 This months circus themed model is taking a slightly darker form. Meet Chuckle and Cheer, the conjoint Circus freaks. Despite their intimidating appearance, the brothers try their best to make guests feel… 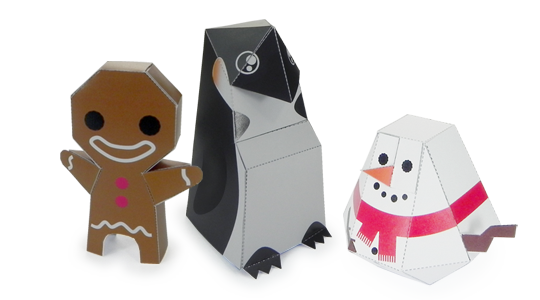 It feels like it's been forever since I released some free toys. So here are some simple kid-friendly Christmas toys.Nothing special. They're on the new website which is still under construction, so ignore the mess.…

I was recently a finalist on the BBC3 show Be Your Own Boss, I took this clip from the show to show my flat packable raptor.

Made from scratch in 4 days out of 38 sheets of A3 paper.

That's right, now you can build your very own Yogscast stars Honeydew and Xephos! You can download these fan art paper toys in the links below.

So my week trying to raise money for charity for the BBC is coming to an end, and to try and squeeze any more money out of it I've added a discount code to the store.

Now you can get a set of 4 papertoys for just £2.50 as well as helping myself and the children's hospital in the process.

The store is here :…

Fan art of the Xenomorph from Alien.

The other papertoy set you can get your paper hungry claws on are these Media Monsters. A media crew like no other. This set is on sale for just £5 for all 4 papertoys and all the money made during this BBC week will go to the children's hospital.

So, I'm taking part in a T.V. show on the BBC called "Be Your Own Boss" the concept is you get £100 and a week to make as much money as you can (all profit going to charity during that week). And depending on how well you do, you can get up to £3,000 in the second stage to make a product a reality (in this case a line of papertoy greetings cards).

So, a long week ends…the bad news is it’s a re-release, but there’s a new toy next week so that’s good. Now back to commission work…fun.

Design :    Two once piece toys on a single page.

Back story :     Like every good swamp monster Gill spent most of his time wallowing…

Yea, it's not a Friday release, but I ran out of double sided tape. Never the less here's a re-release of Calorie Cutter.

Design :     Calorie Cutter is a one piece one page toy. 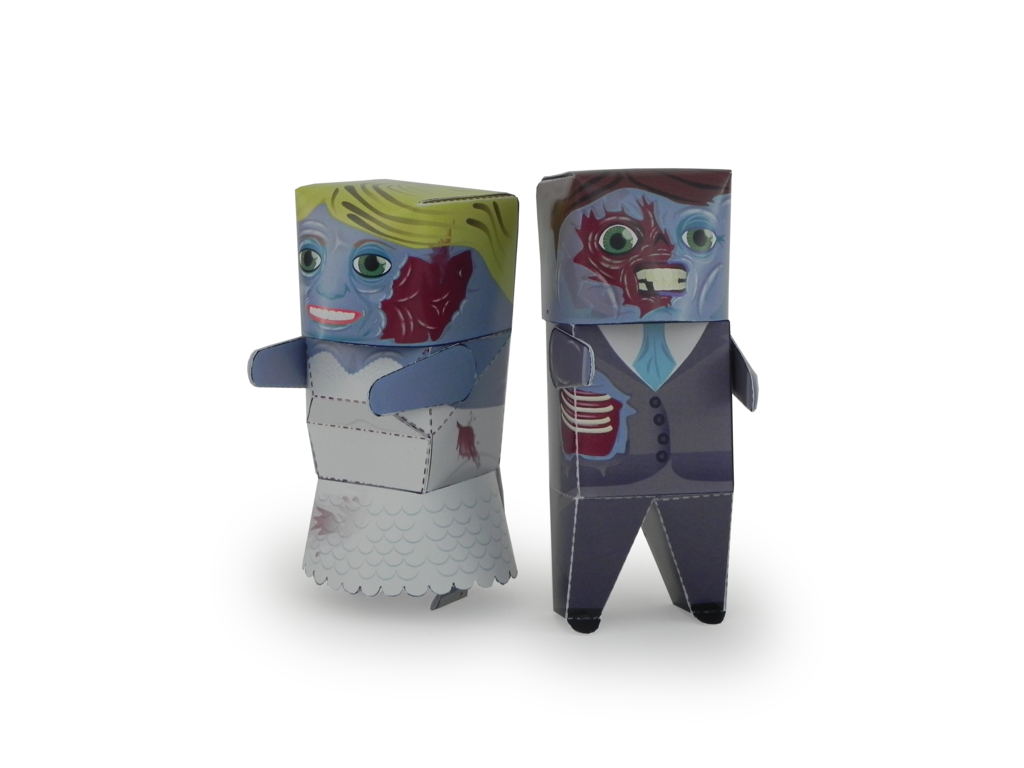 As we all know May 2nd Quarantine day , and what better way to celebrate it than with a Zombie bride and groom.

It's Wednesday and it's also the last day of  support G.R.I.N.

Design :     Streak is a simple one page one piece paper toy.

A.G.papertoys had the pleasure of working with Monster Workshop, meaning you can get your hand on a collection of cute little critters in the style of Monster Workshop plush sculptures.

You can get them …

For those people to cheap to buy a real valentines presents.

Valentines day has rolled around, so I thought I should do a toy for it. Maybe you want to give someone a hand made gift, or maybe you just can’t afford a box of chocolates. Either way…