Finally another addition from series #3 Eternal Illusion; the seventh episode!

You can get them on my website, now it has new layout! If you are experiencing problems with my website, it'd be helpful if you can address them in the comment…

I'll be here; this is my story. 
two grand couple who graced two of the best video games ever;
is now available for download as kobico. :)
Get them while they're hot :D

This three is up on my site. Get them while they're hot :)

Tonight is the New Moon.

One of the best-selling series from Stephanie Meyer finally had its spot in my heart.
Yes, you know it already, it's the NEW MOON!
For this series, I tried to interpret the three protagonists as close as possible, but if you feel like they don't quite make it, I'm sorry; however for those who can still find love for them, please by all means have them! :D
You can download them at my site here:… Continue

Yes! You can now follow Kobico at Twitter for the latest and the fastest update for me!

I'm busy with college so I hardly had any time to focus on my stuffs and I'm so sorry for those who are actually waiting for the rest of guys in Eternal Illusions.
Now I'm trying to steal few hours off my free weekends to get back to work on this babies, I think why not notify the community as well?

It's almost Christmas, so me and my friend are working on Christmas Kobico :D
Since we're selling this for profits, I can't put it up on public, but if there's any of you who… Continue

Finally, I've got time to post this. College is really killing me with assignments day by day I almost have no time to touch this project. This is what I've done so far, I hope you guys like it. :) 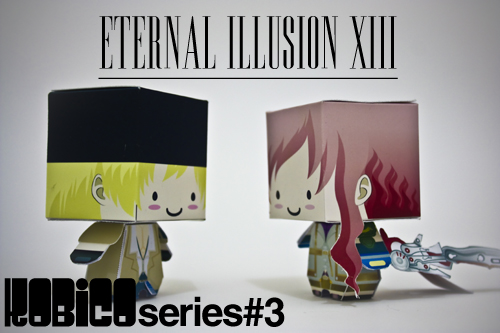 
You can check out some "clues" about what's coming next.… Continue

The site has been updated with informations about series#2.
By the way, if anyone overseas outside Indonesia wants kobico series#2, just send me an e-mail.

On the side note, I've changed hosting to Zymic. So say goodbye to those annoying popup ads from Funpic! :D

series#2 - Made In Indonesia - EXTENDED! Sad but true, I'm gonna have to sell these.
I was supposed to be selling these at a fundraiser event at my campus, but because I was late and unable to attend the event, I didn't have the chance to sell these.
I can't let them stay at my home and collecting dust, but I still have to pay for the papers printing fee. So I'm gonna be selling them from my Facebook page.
If anyone overseas wants them, I don't mind sending these over… Continue

I'm planning on releasing a Series #3, which (might be) a set of the new FFXIII characters.
But on the other hand, I'm getting a fanmail who suggested I expanded the One Piece series with villains from the series.
I'm a little bit confused here about which to prioritize, so I guess I'll be taking votes here.
Drop me a comment if you think the next kobico should be an expansion of One Piece series or the third series, which takes the theme of FFXIII. Made this for a fundraiser event at my college.
If you're from Bina Nusantara college, come see the third DKV expo! I sold a lot of these during the first and the second expo. Thanks a lot, if you did visited me and bought some of these.

The theme is to make merchandises with Indonesian culture, and I decided to implement the theme on my kobico. Aside of the fund raising event, at the same time I also want to jump in the bandwagon… Continue

I'm recently having a problem with funpic hosting (which is where I hosted my kobico website)
Is anybody having trouble entering the sites recently like me? ("no suitable nodes available to serve your request" message)

I'm thinking of switching hosting but I don't know which one allows use of FTP. Does anybody have any suggestion?

After months of procrastinations and college assignments that keep me drowned out from the papertoys community, I finally had the time to finish my very first collection of papertoy. As you already know, the theme is the Straw Hat pirates taken from one of my favorite series, One Piece. I had a lot of fun making these and I hope you guys like these too :D

Downloads are in my website. I revamped the whole layout now to accommodate the… Continue 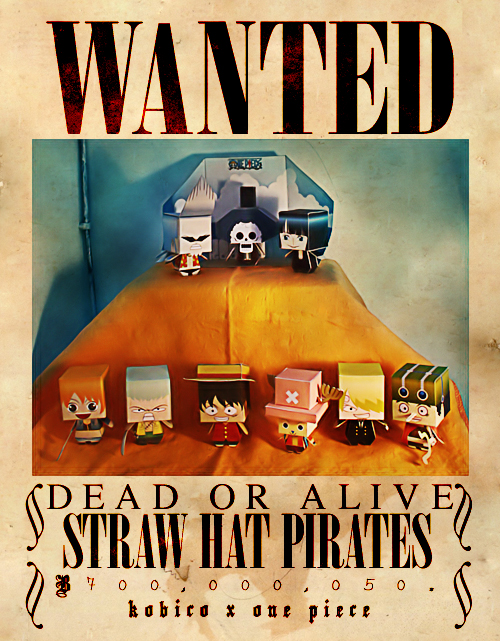 Just missing a few finishing touches.
Let's just hope I can upload it in a few days. 
drop me some comments if you like her :D 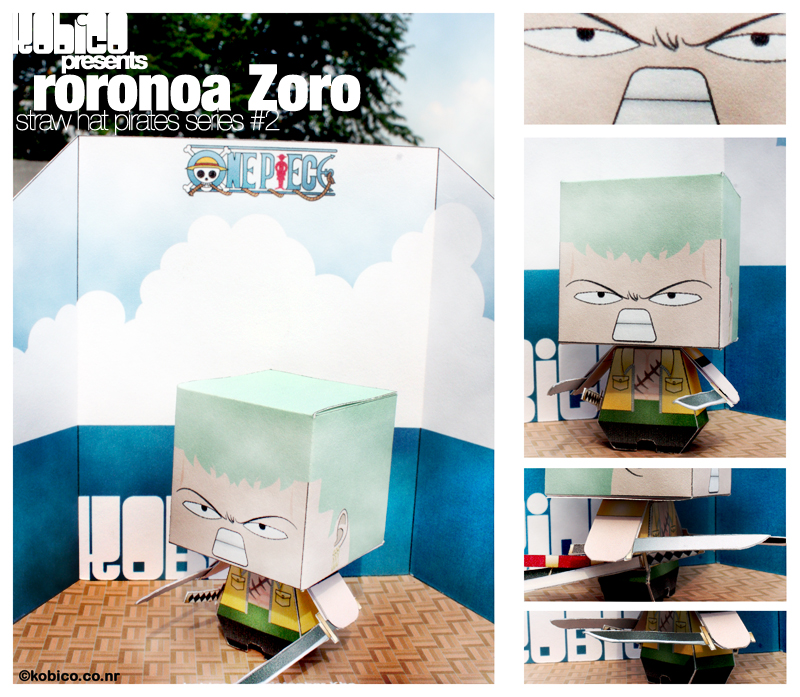 I changed my mind of weekly releasing my kobico. I'll just release them as soon as I had some free time to fold them up. So here is the swordsman of the team.
Zoro is up for download guys!

P.S.
I slightly modified the hand parts of kobico. If you noticed the hand slit is a lil bit too small for them to fold nicely. But worry not, it's fixed… Continue don't be tricked by the so low-res-nessy of the preview here. my printer is acting up after I changed the ink tubes (switching for the cheaper ones, remind me not to do it again -_- )

okay this is just the first one, the other six will be released weekly starting from next week. :D
please drop me some comments if you like him :D…

I just wanna tell you guys how it's been a pleasure of mine to have everyone of you guys actually took an interest and pay a visit to my lil web. It totally boosts my motivation to fill the my homepage with more and more kobico. my college activity is starting to monopolize my time and I totally suffocated with all their projects that I don't even have time for myself. T______T

oh anyway, ranting aside,
the straw hat project is almost done and I'm very very happy that it's… Continue 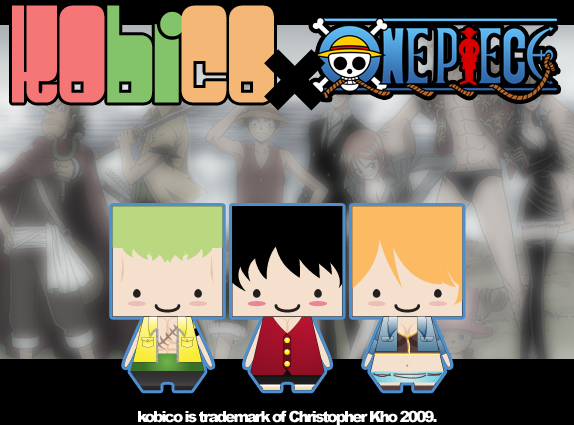 Ok, so here is the straw hat trio that has been completely done. not included in the picture is the climatact, Zoro's swords, and Luffy's straw hats because of the reason that I'm being super duper ultra lazy and let them just be a surprise. I've also done Sanji & Usopp but they still need some retouching.
I still have to make Chopper, Robin, Franky, & Brook. XP