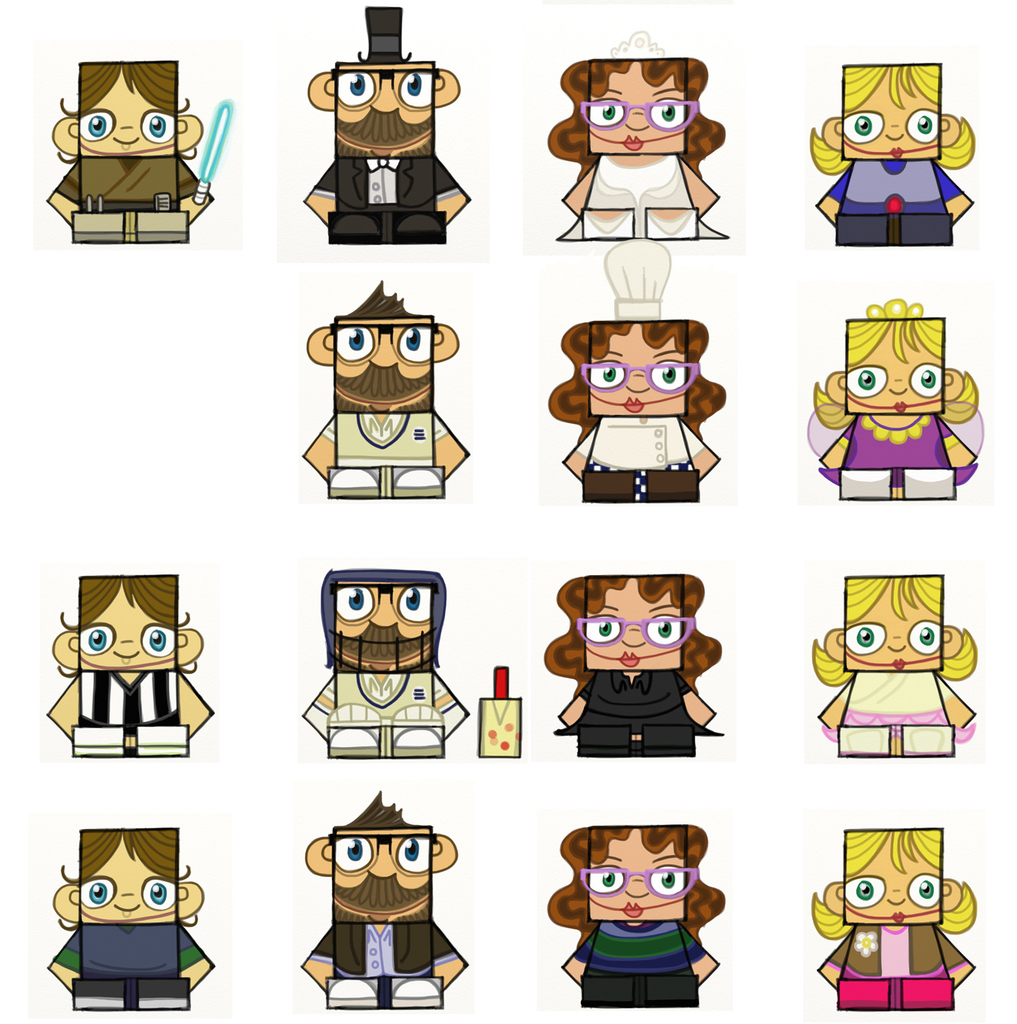 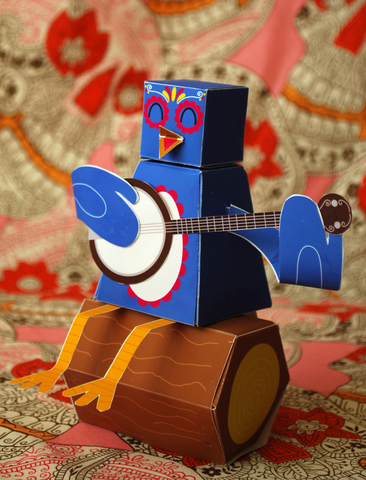 Here is September's paper toy, Banjo Bird. He makes a great desktop pal, and is sat next to our Mac right now, serenading me. 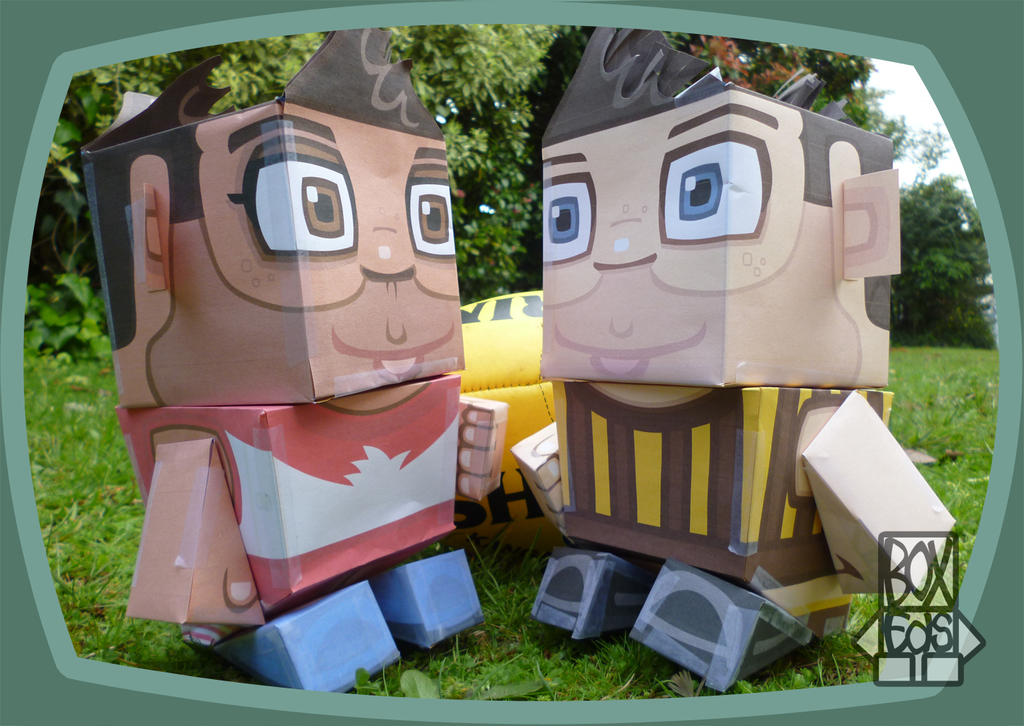 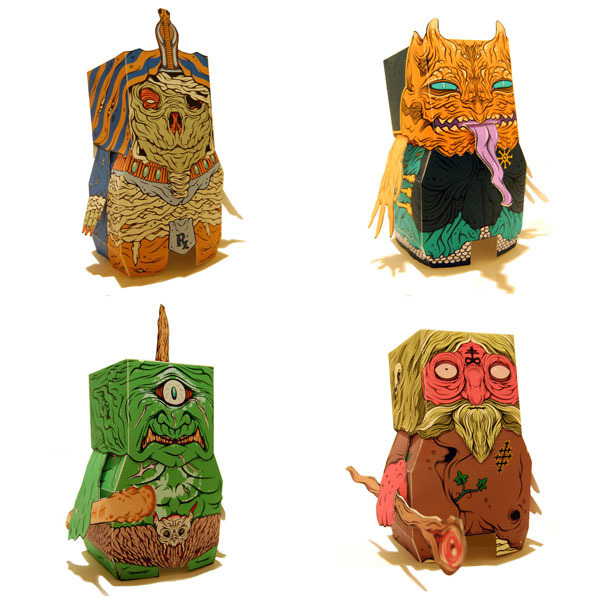 These have been a long time in the pipeline, but I am proud to announce the release of my latest series of paper toys.
A while back I was commissioned by Glen Caskie of Obscure Clothing in the UK to produce some promotional toys for him. Obscure’s designs mainly focus on metal and horror themes and… 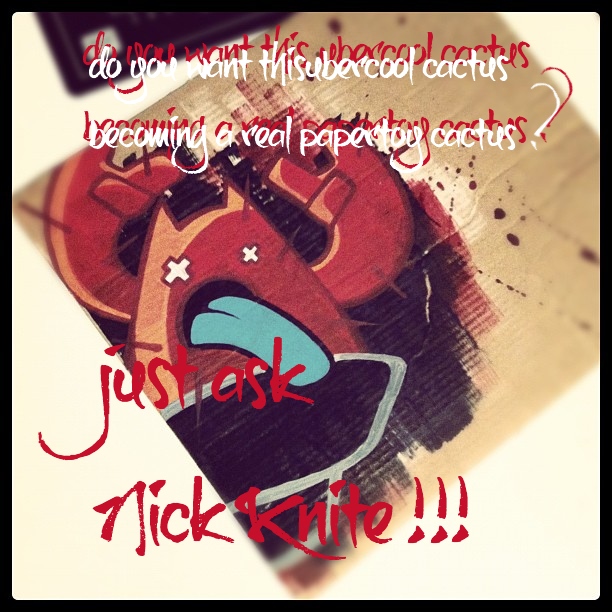 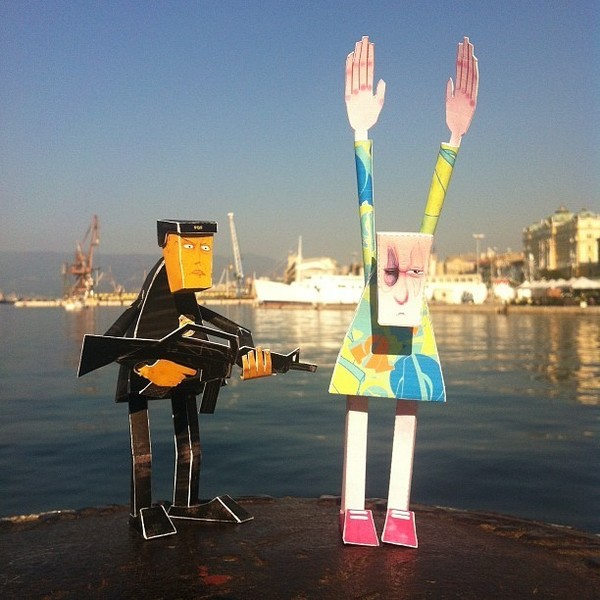 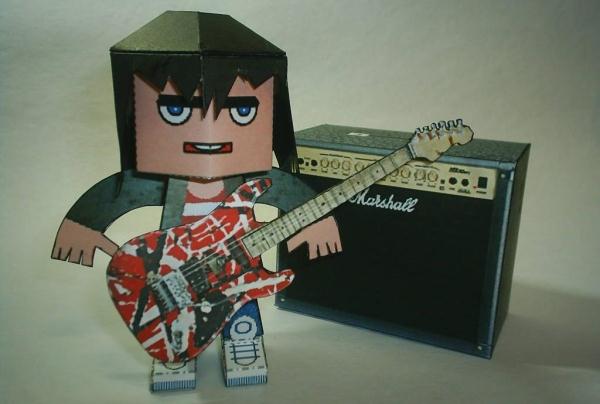 This is Lemon, the guitarrist of "Terminal Blues" Rock`n`Roll Band! Lemon is an autodidact. He learned to play guitar listening to your old LPs of Blues classic rocks of the 60s, 70s and 80s. To this day he refuses to learn to read music and even know the names of the chords he plays. He thinks the sound of old LPs is much better than CDs. He has played…

A couple more pictures at: 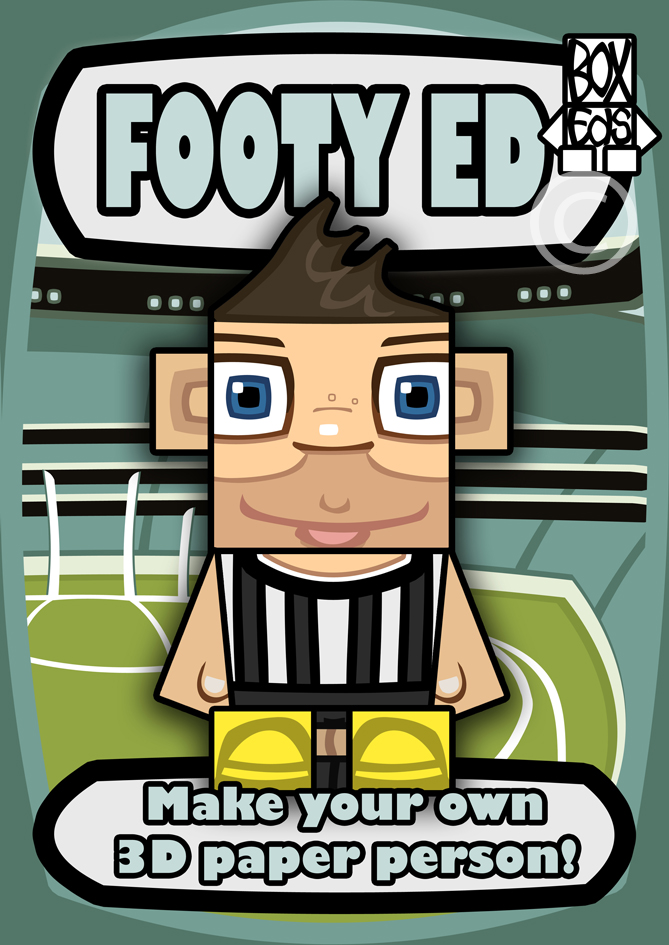 Go to this link for more information~
http://boxesheaderworkshop.blogspot.com

I think time has come now to share with you something i had a great pleasure to work on.

Just posted the Orange Goblin on my blog, I promoted it on Orange Goblins page on Facebook and got a very nice respons!

The good UK Goblins liked it a lot! 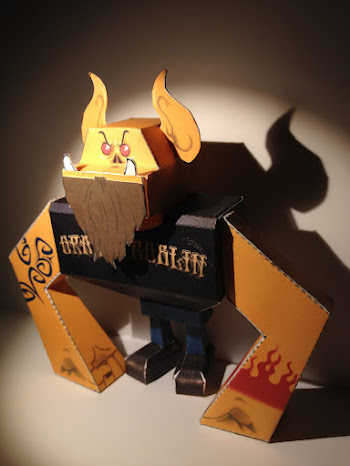 My Orange goblin comes with a Bonus Beard! :)

Spread the word! Trying to raise some money for a new paper toy scene installation! 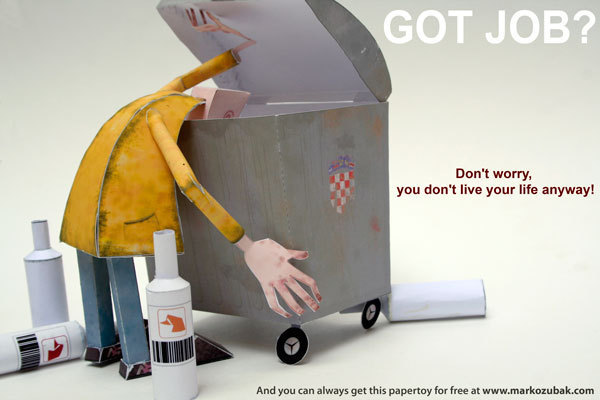 I started a campaign on Indiegogoto raise some funds to build a 100x100x80 cm paper toy  scene installation, with some 20-30 paper toys. It's also an experiment to see could one crowdfunding website be helpful for projects from small country like Croatia. Seems that people raise thousands of dollars for their campaigns... let's see… 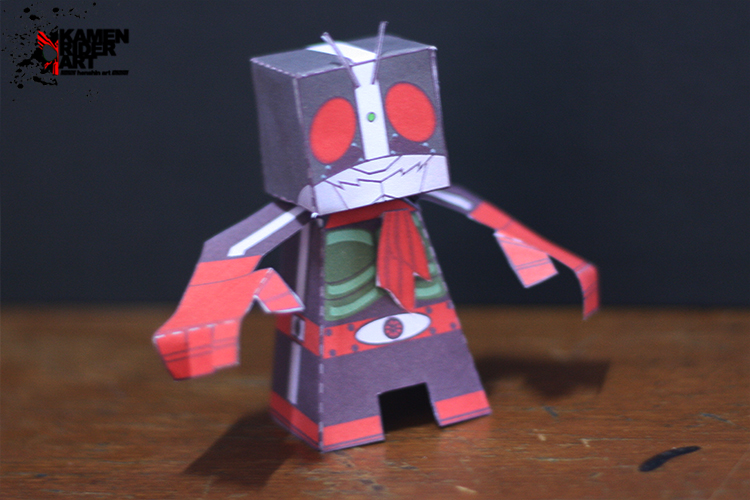 a customize papercraft based on Paper Toy Adventure's contender Template. Get the template… 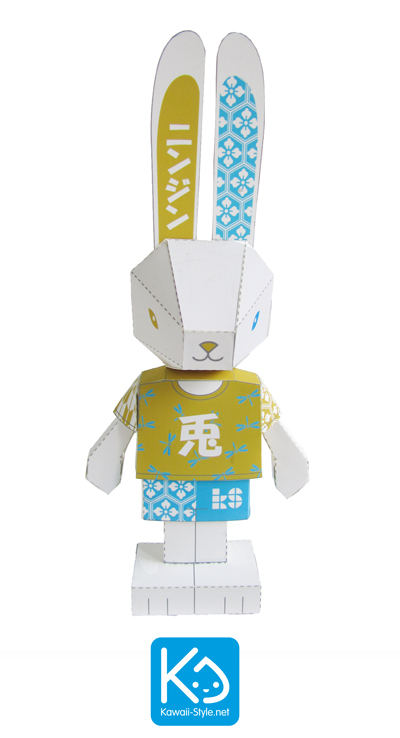 Just thought of sharing this wonderfull Venitian house, I think I've heard of Paspemau, here, but this Site is really nice...… 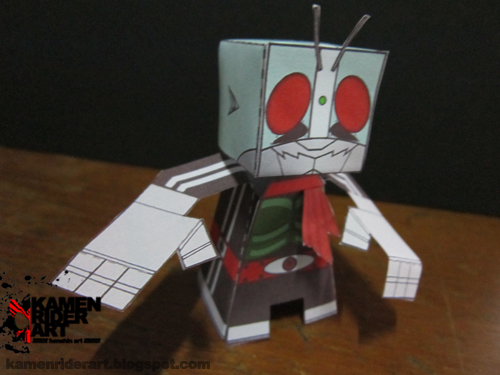 a customize papercraft based on Paper Toy Adventure's contender Template. Get the template…

I need your Vote.. pretty please 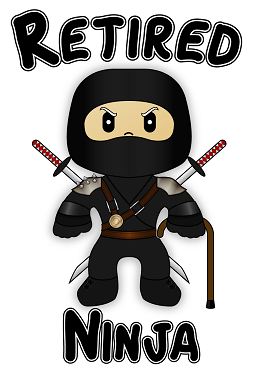 Hi, this one isn't a paper toy, but I recently entered a T-Shirt design comp, & there is a voting gallery that opens 10th September.  Please visit & vote for my design, as this will be awesome exposure for me.  Thanks :)

EDIT: Unfortunately my design didn't make the Top 50 Public vote.  If you…