It's coming! Series 6 of Speakerdog Paper Toys will launch on 31st July 2009, the only series of the year, the biggest and best yet. We've already got designs from Horrorwood, Tougui, Harlancore, PH7labs, Morgan Gleave, Papermate and loads more artists, designers and toymakers, so keep your eyes peeled, hold you breath, get ready, it's… DOLLY OBLONG has launched my PIRATE KITTIES PAPER TOTEM on her blog (http://dollyoblong.blogspot.com/), and I'm darned proud of my crew and humbled by Dolly's kind words... THANKS DOLLY!

Anyhoo, get on over there, download and enjoy! I'm off to Germany for two weeks, so conatct here will be minimal, but camera and sketchbook are on standby! Have a great summer guys and… Continue

Well, this week, if it goes well, I will be posting my first craft. It is a very simple craft; a nintendo DS stylus. I am finishing it up right now, and will test it out tomorrow. I will also put up the template.

I got the idea to do this from losing all of my other styli. So I said "Hey! why not make one from paper!" Fancy some chicken? Meet Tucky! This wee cheerful chicken suit wearing chap is a Nanibird custom which I wanted to do months ago, and now it has finally hatched :)

Last days i feel like im crazy - all the time im thinking only about my model and finding ways to make it better
Yesterday im completly assign the sizes. Now im testing it and soon ill finish all works and release Space invider
to the point
here is the first attempts to custom

I just finished creating a site for the series I have been working on, PersonaFAN 4. There are photos of all the models and links to the templates.

so i've finally got round to posting up some more stuff,( like i said i would months ago) 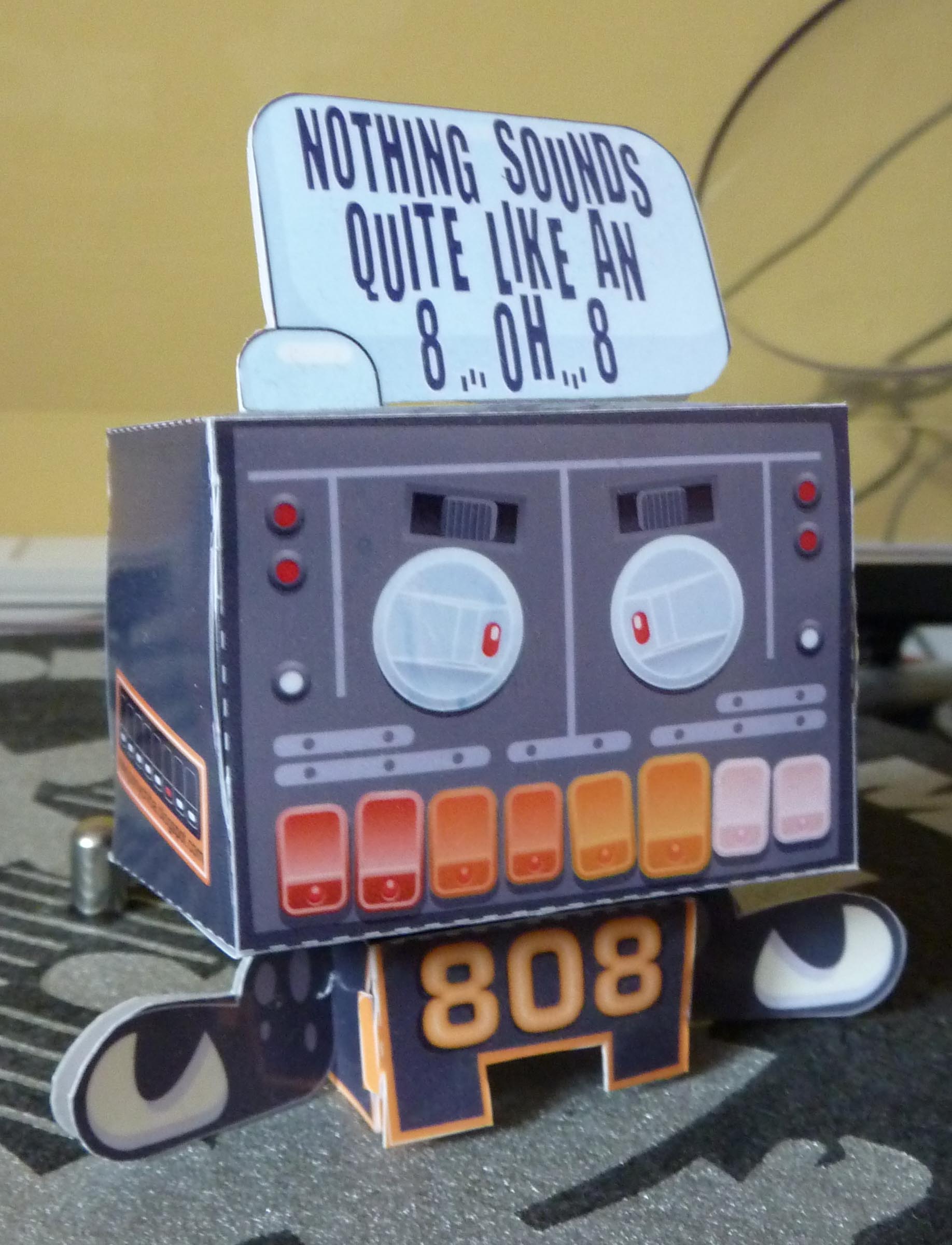 so check out my blog

if you want 'em Hey guys, please meet TV Boy.
He's currently looking for a lot of friends, so that he knows where will he go at night.
but please remember, since his human father dump her mother, because she is a TV, TV Boy are a lil bit sensitives if you talk about his appearance.
be kind, and he'll let you watch TV Shows that you love.
click :… Continue

I am releasing the blank template for my cutzilla. I want 6 designs to be in an artist series! heres the file for the template! I will post the illustrator file but if you want a pdf, freehand e.t.c. mail me.dinosaur blank.AI

My drawing talent is too bad for customing paper toys
But i can bring u to see another thing... 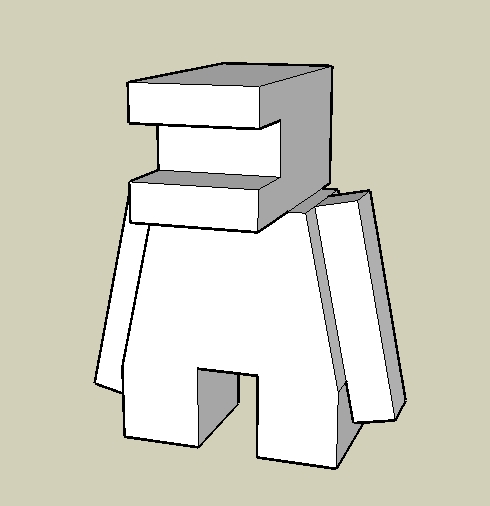 Please leave comments
What do u think about this, do this thing deserve to be real?
It's only 3d model, so i can change everything if u give me some advices
Im a little worried - this is my first work… Continue 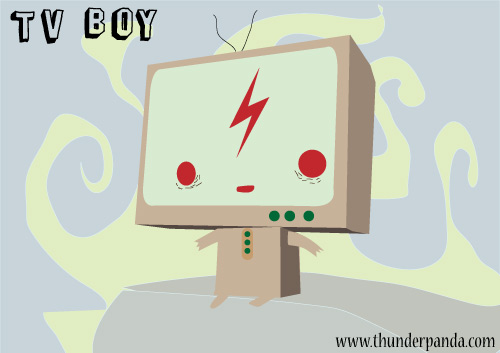 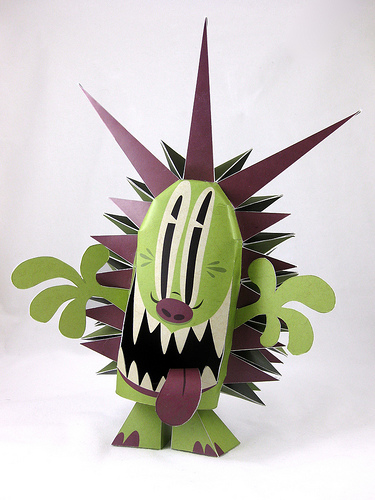 This is a papertoy I designed exclusively for the Urban Paper show at Subwalk this August in the Netherlands. I named him Arnie after the first boss i ever had. Rough and abrasive on the outside but a a real good guy on the inside. Also Subwalk is in a town called Arnhem so it works as a nod to that too. Soon I'll post some making of photos if your interested. And yes I did lose it once or twice gluing all those damn little spikes together.…
Continue

A Home for All Your Cars

Designs for the Calling All Cars project keep rolling in.
This is of course fantastic news, but the next question you may ask is:
"What on Earth do all I do with all these cars?!"
Fear not, for Horrorwood has a solution in the form of the Official Calling All Cars Display Box!
So far I have come up with a box for each of the 3 waves currently available on my site.
An extra bit of good news is that the boxes are in theory glueless (and of… Continue 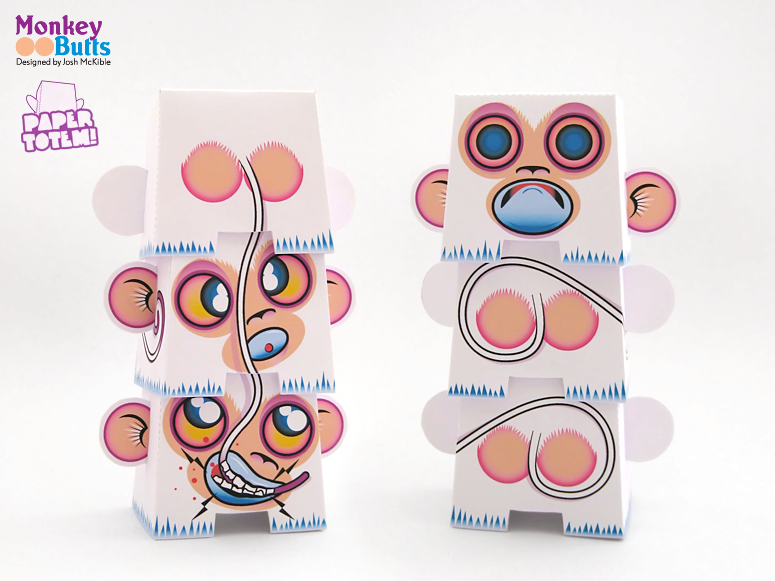 Presenting MonkeyButts, a custom job I did for Dolly' Oblong's brilliant Paper Totem! series. You can download the pdf's here and while your on Dolly's site, check… Continue 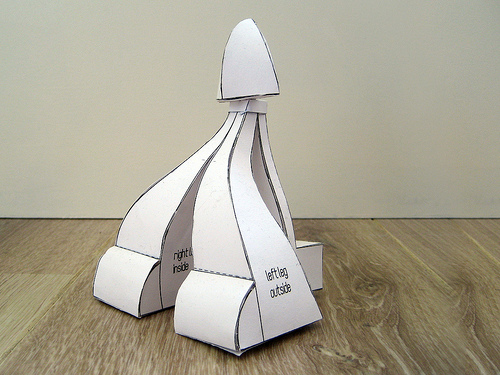 Because I thought it could be curvier I made an evolution version: I'm not totally happy with the second model, but I've been working to long on it to just throw it away.
So I'm letting you guys/girls decide:

Which one is better? 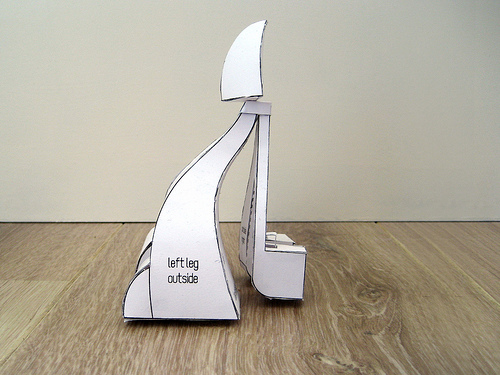 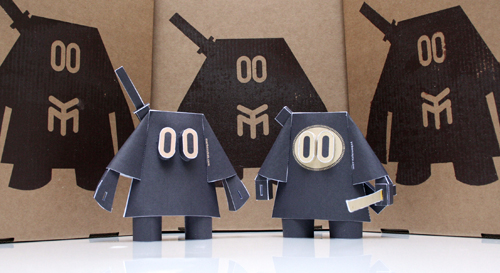 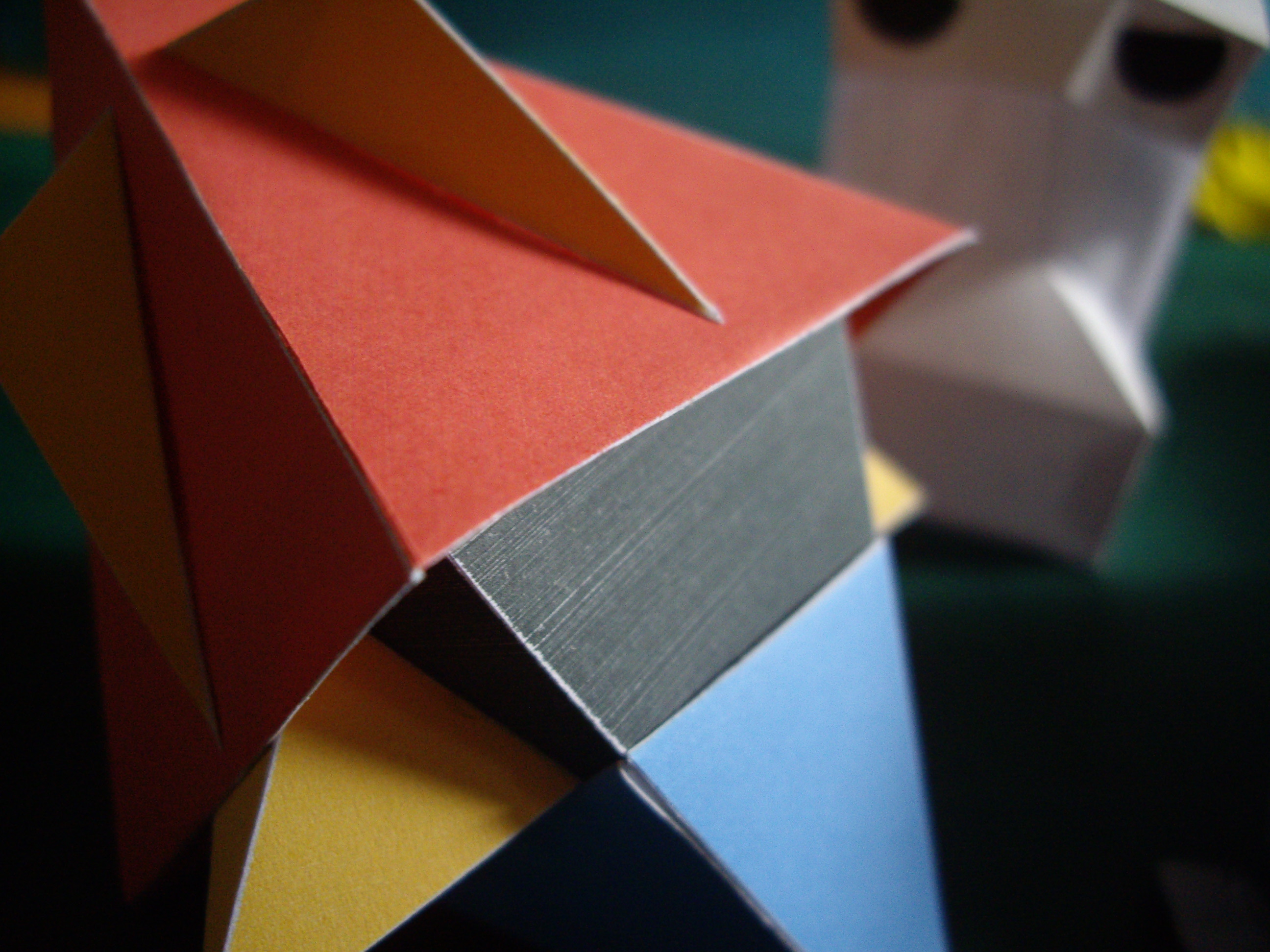 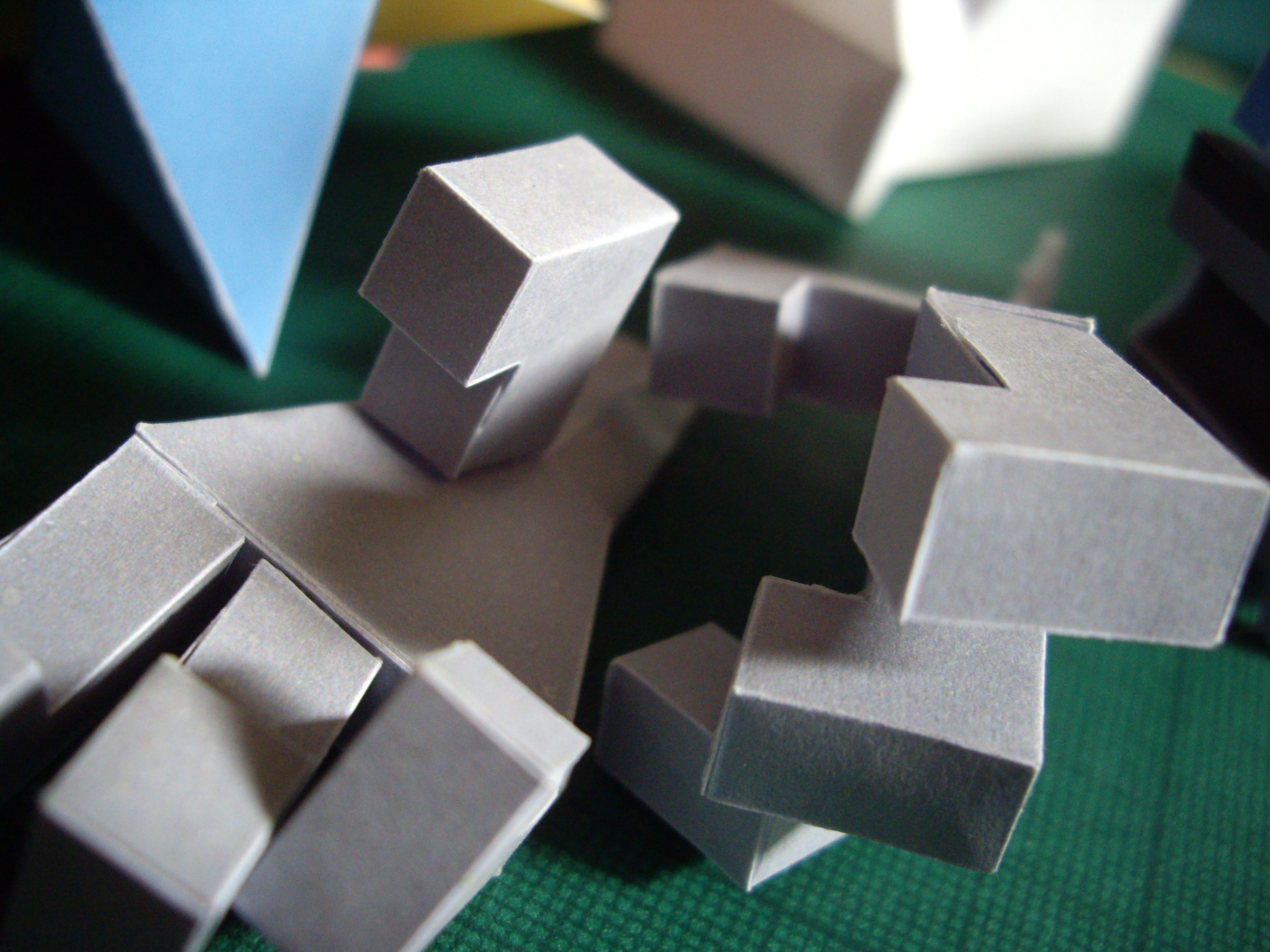 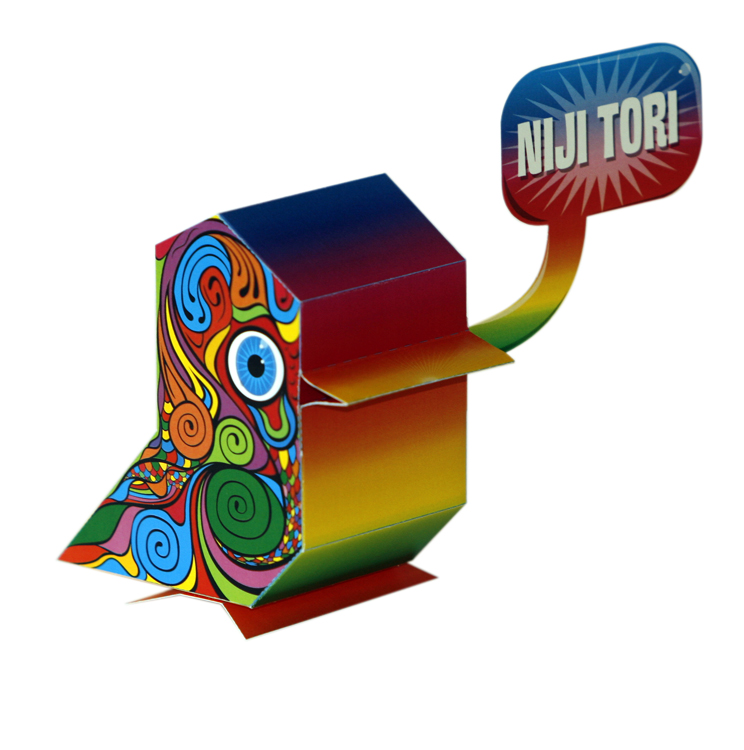 Here is Bubble Nani's spouse, Chromatic Nani. I designed her after the Bubble Nani when I got to looking at the artwork on my first custom and thought about how cool it might look if she was filled with color. I think it works.

If you would like to build a Chromatic Nani of your own, please drop me an e-mail at chsgraphics@hotmail.com and I will forward the PDF file to… Continue 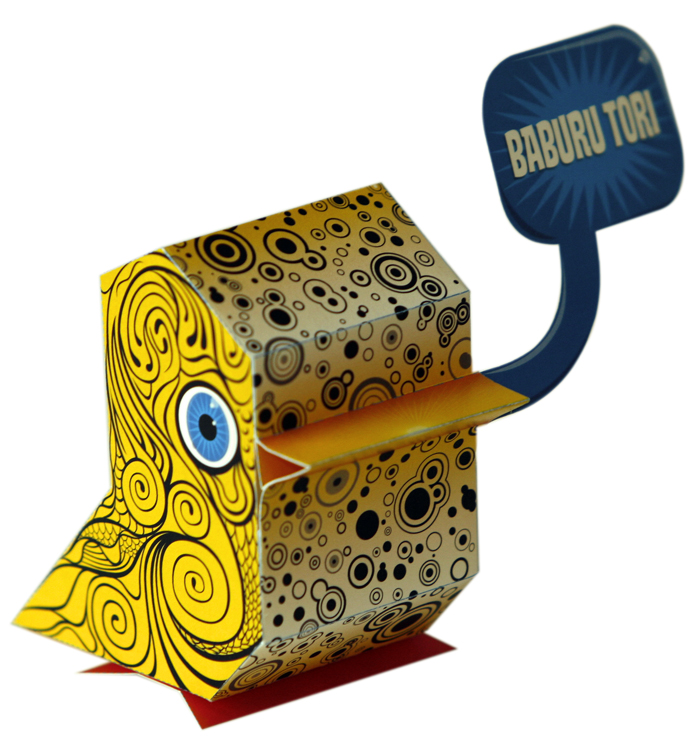 Here is my first custom of the Nanibird toy - Bubble Nani. I completed him over the weekend and you can drop me an e-mail at chsgraphics@hotmail.com if you would like the PDF to build. Thanks mckibillo for a cool model to customize.

One more thing to mark off my to-do list.