The warrior mouse kickstarter is almost over! 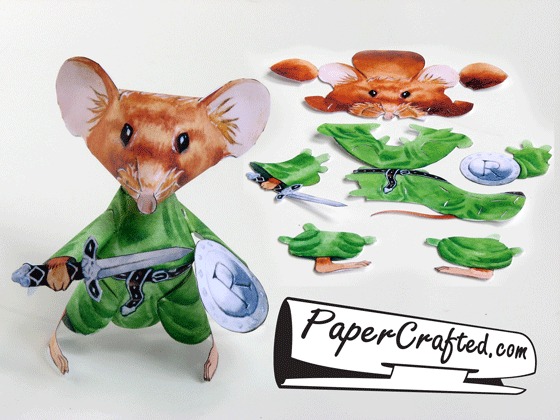 There is still time to pledge and get your own pre-cut glue-less warrior mouse. Because funding has gone so well the kit will have bonus weapon options including a bow that can fire tiny paper arrows!…

I just received the new custom from ASHPLUS, called Crawler. Yes, it's upside down!

Come by and visit the Urban Arts Festival coming Saturday at the ABC Treehouse-gallery in Amsterdam. See how Nick Knite looks like in person, how funny Matthijs Kamstra is in real life, how cute Dolly and Oblong are, if Marshall Alexander looks boxy or if 3Eyedbear really has the three eyes he claims to have.

Together they will be building their own little cardboard world, sign… 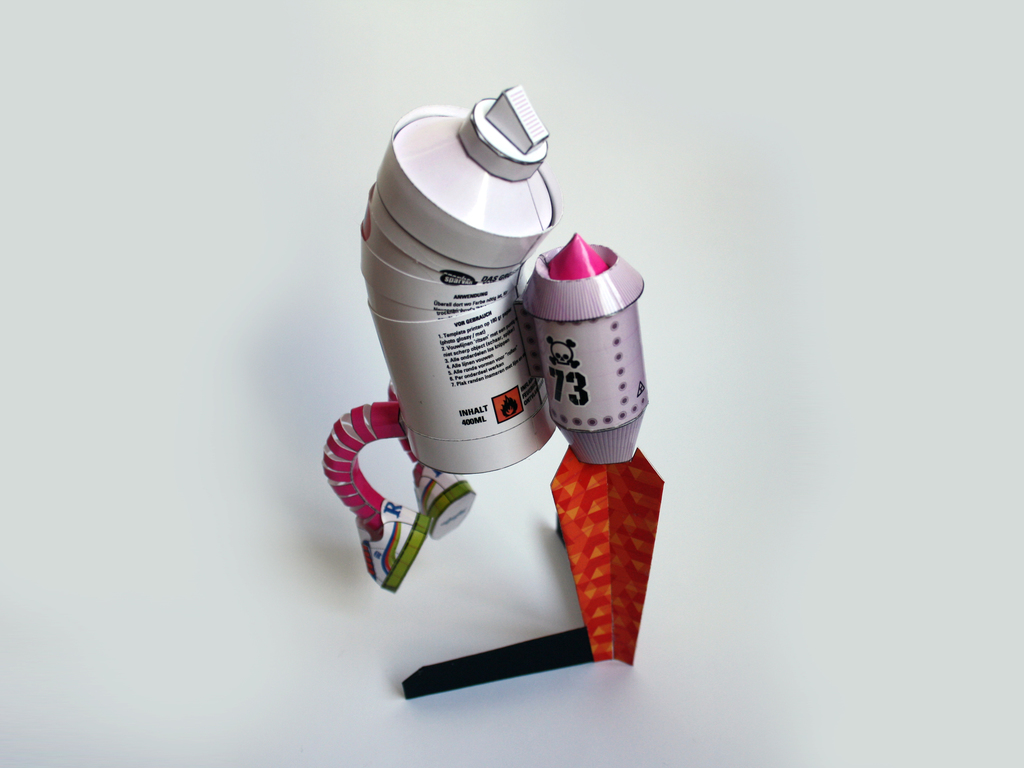 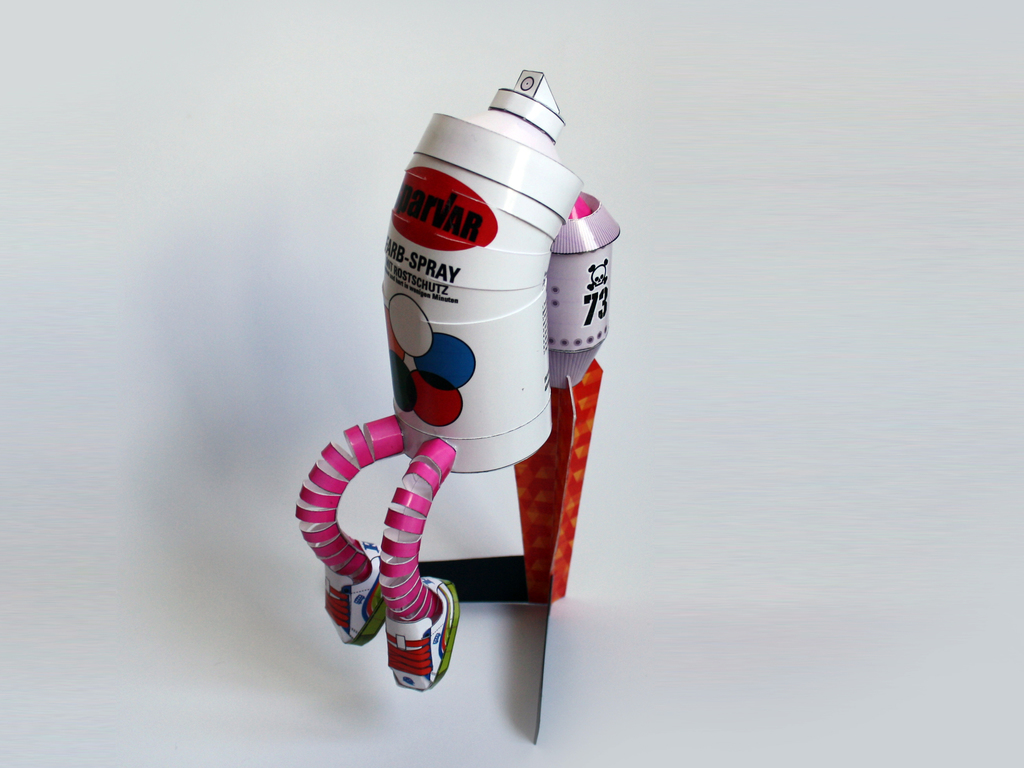 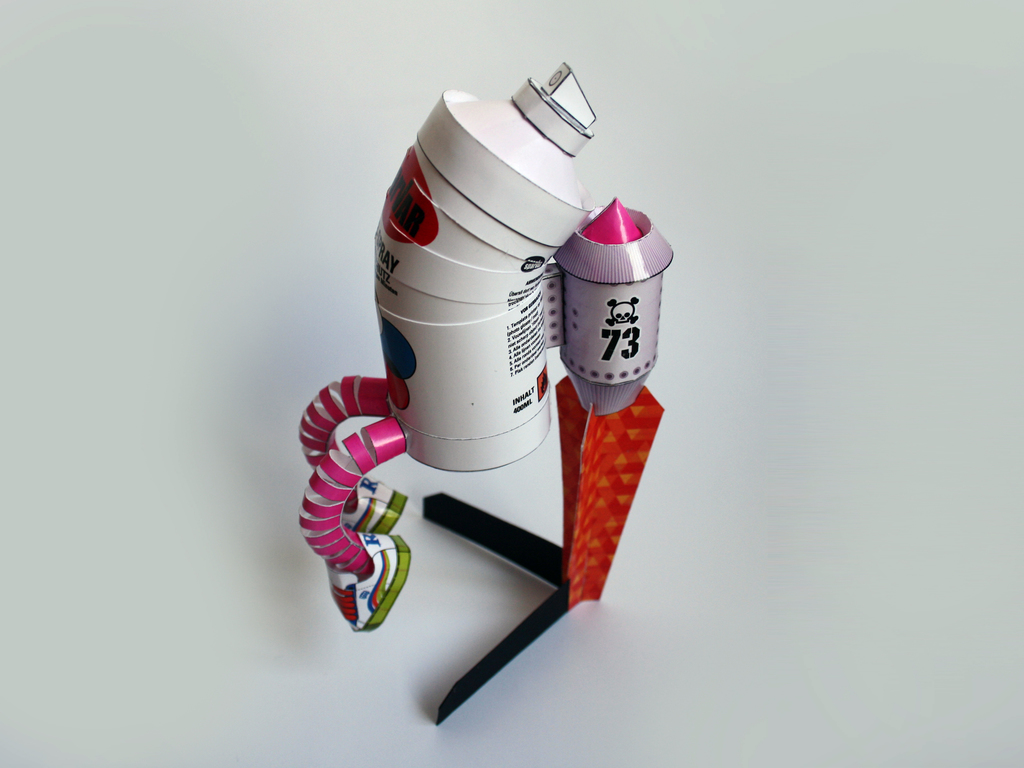 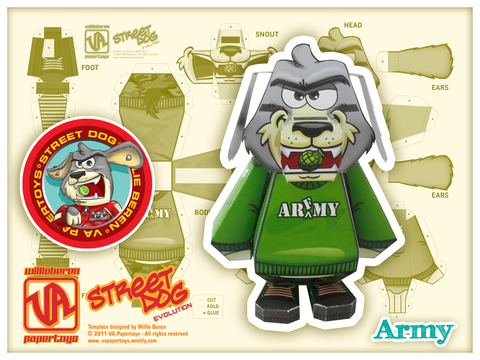 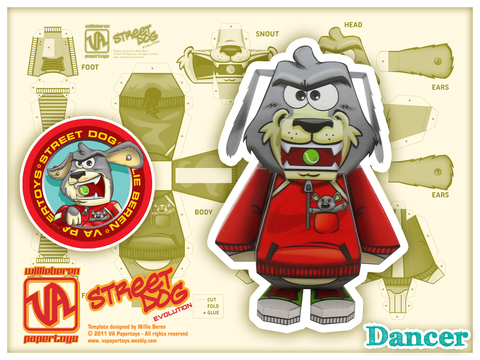 Coming Soon for everybody!!!! introducing the latest leechoso, HAZMAT, courtesy of the fantastic saltnpaper... 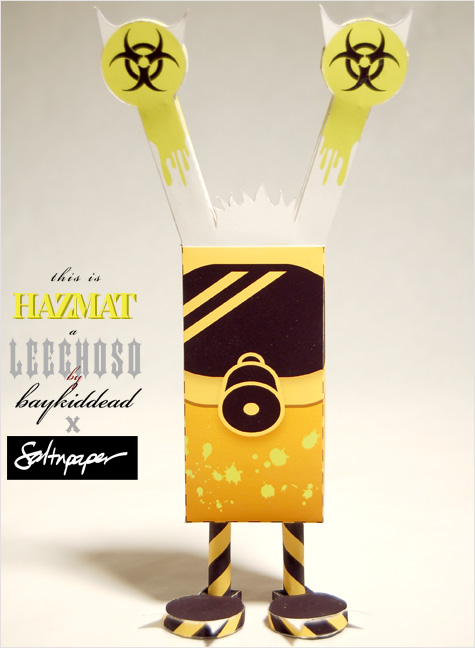 i really want to thank saltnpaper, as well as abz, horrorwood, and salazad for kicking down some really cool skins and providing the leechoso with a style i'd never have achieved. for those of you wondering what the line up looks like...

Just wanted to show everyone what do I work on now. Tried to make a tribute to the most ugly and annoying insect ever:)

Paper prototype is a litte bit different, than concept is. 3d model has more precised fat belly, probably that cause of a little bit sloppy build. Want to make it with a pack of potato chips, like a lazy man in front of TV. And also want to make a… Calling just about anyone who would like to contribute to FlatHeads Series 5.
Entitled The People's Flatheads, I am inviting the People (that's you) to use my FlatHeads blank template (version 1 or 2) and design whatever you want!

From now till 24th of Jul 2011, please send over your template, the name you want to be known as and the picture of your newly designed… 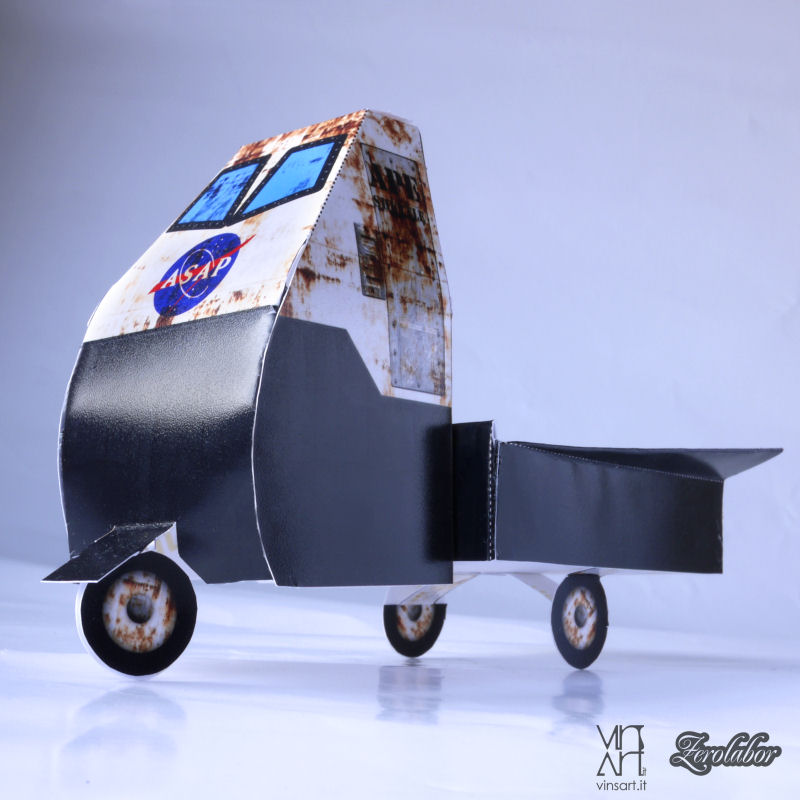 how to make a leechoso

PRINT asked me to do a tutorial on how to make a leechoso, so i thought... 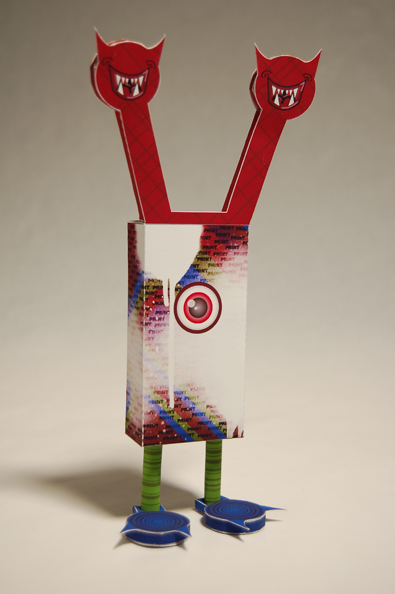 ...i might as well design another one! here's the "limited edition" PRINT leechoso that i rustled up for the piece. there might be something new as far as "how-to" or maybe not. at the very least, it'll give you all an idea of how i go about building my toys as well as…

This is my first Paper Toy! 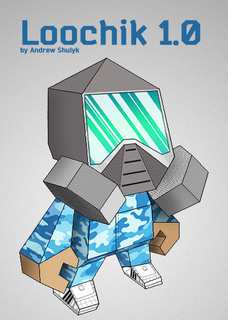 Hi everyone! I`m really excited to share my first creation with all you guys. I started collecting paper toys just a few months ago, and was incredibly inspired to create smth by myself. First wanted to name this guy «Yperite», but when I told my girlfriend what is yperite, she asked me to rename him as «loochik» (that means kinda «ray of sunlight»). Let me know please… 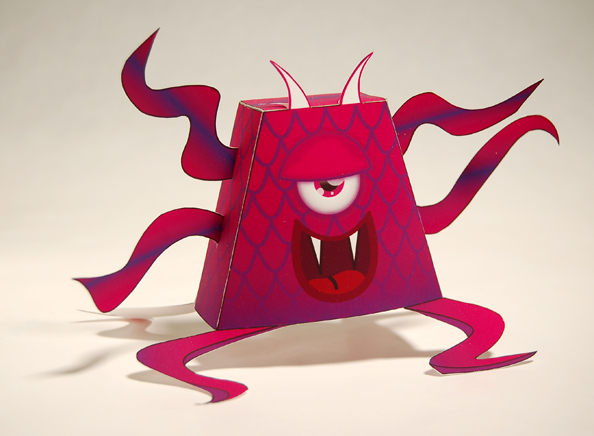 recently did an interview for the online version of PRINT magazine trying to get as many of you into it as i could... 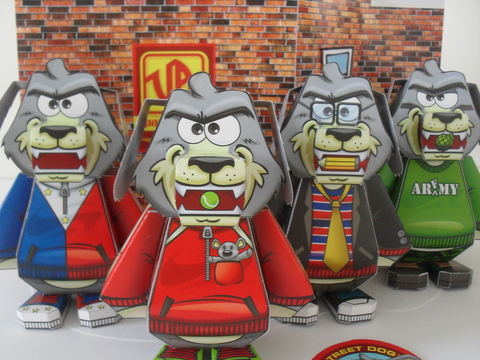 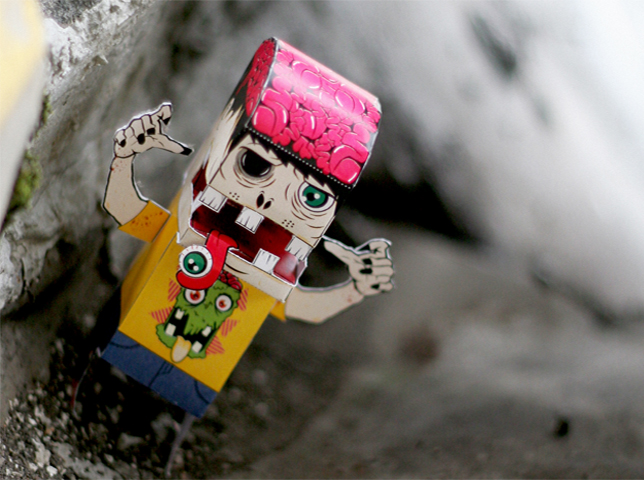 Hell O friends, yes i am back and not dead yet!!LOL 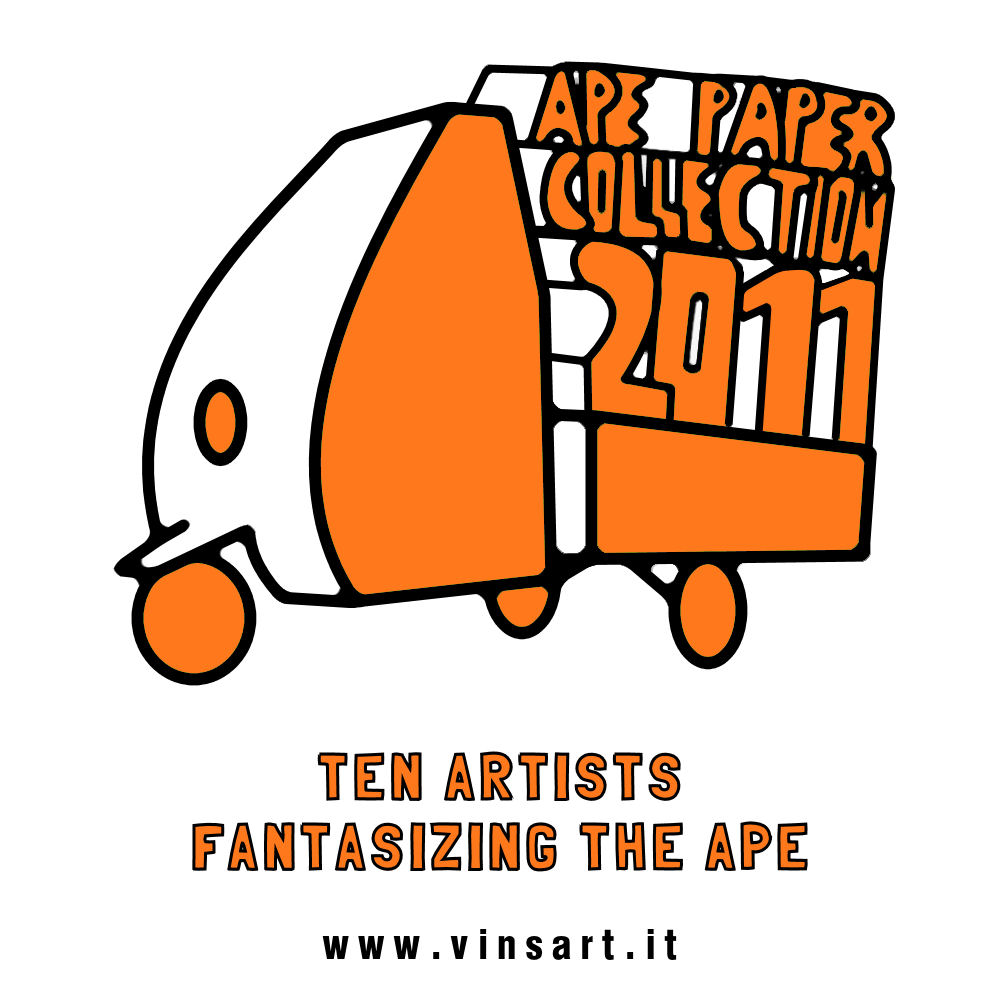 Finally is ready the series Ape-Paper 2011 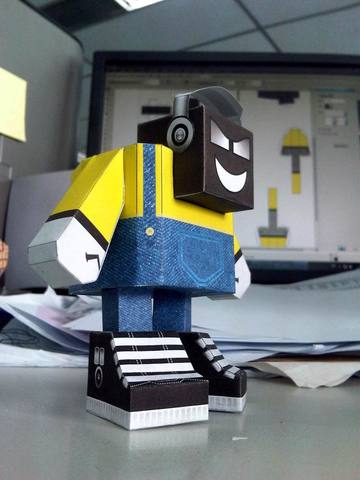 Rythman .. Special character dedicated from me for Indonesian Music Festival ( A Mild Soundrenaline 2011 @ Pekan Baru - Riau )
With my community (Paper Replika Indonesia) will be participate in exhibition, start on 24 - 26 June 2011…
Continue 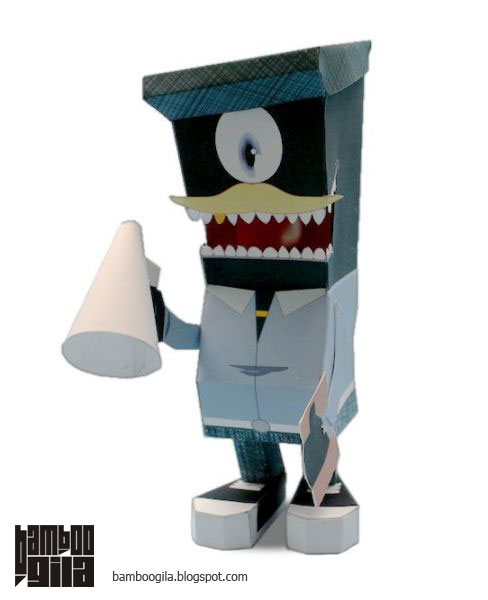 A last, after having a new work, i almost pending all my designs. And now i try my best to make it. I thank to tougui for his papertoy inspire me a lot.

Come and get it, have fun :D