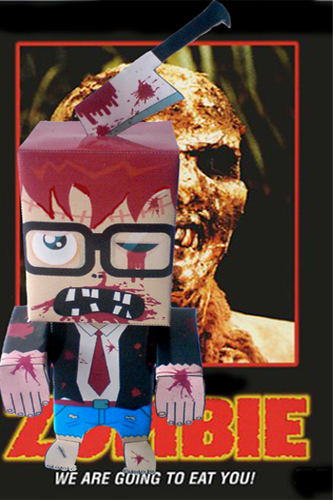 he was a hungry zombie and want some brain..so watch out boy!!he will always haunt you and ready to eat your brain!!
download at my blog

Thanks to everyone who has expressed interest in my frankenbean model. It looks like it's gonna be another week or so before I can release the template. Life happened :S I'm hoping it's retrievable, otherwise I gotta start from scratch! 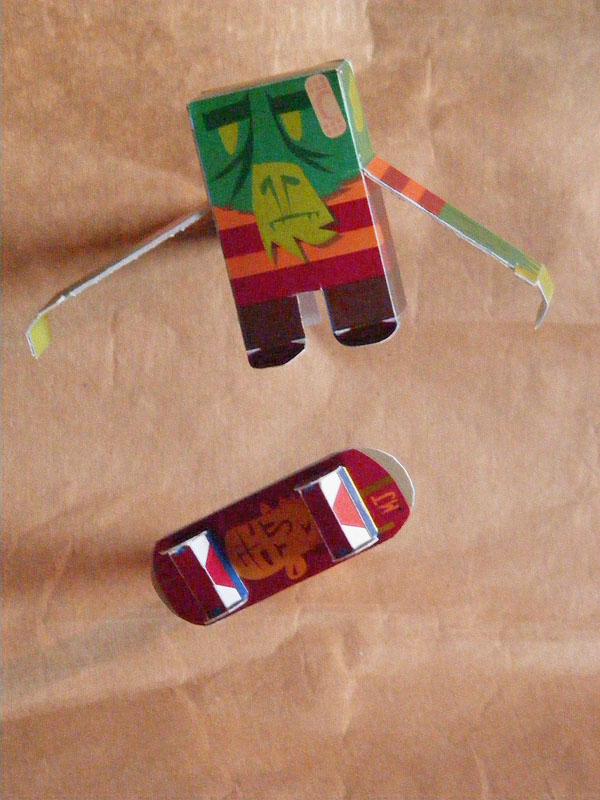 SKATE MONKEY worships at the altar of the mighty MJ, king of skaters...

He is now available for you to download and make in full colour, or as a blank DIY toy, on our site... www.morgangleave.co.uk 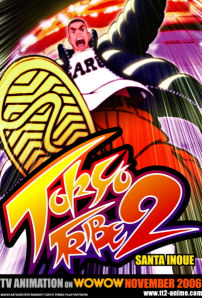 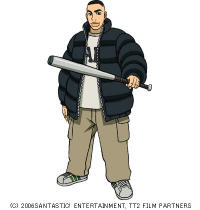 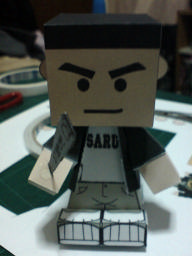 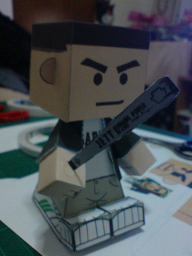 Kai is the main character of Tokyo Tribe 2, other characters are coming soon~~
This is my first time to custom the paper toy, comments are… Continue

There is no photo yet so here is a picture of the temple. I have also attached the pdf. 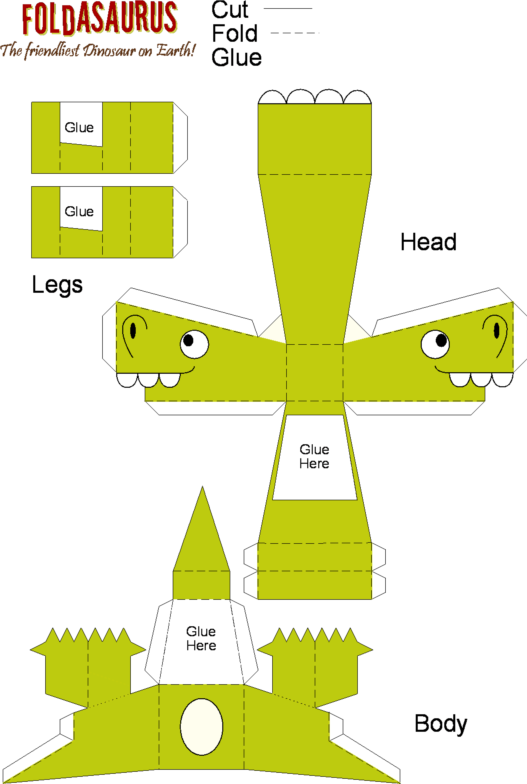 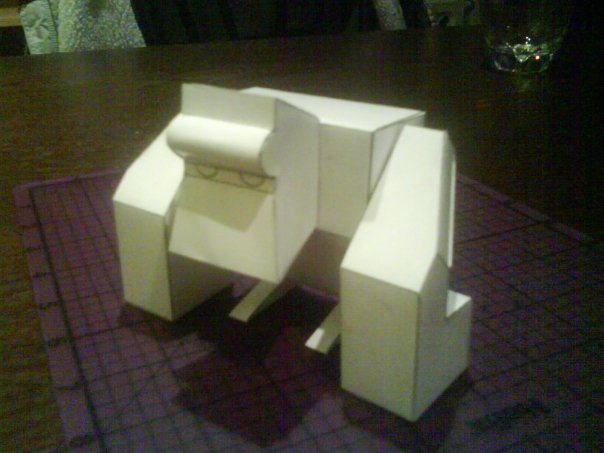 With some encouragement from a few NPT users (thanks in particular to Akura2!) I've ended up finishing off this template.
The hands have been modified to make them a bit less brick-like, but otherwise it's pretty close to this.
I was thinking of doing an artists series (thanks to Scott Schaller for the idea). Anybody interested?

Hello everyone, I'm new here, nice to meet u all. I'm a paper toy fans, my first paper toy was downloaded in the nicebunny website, and after finished couple of hedkase, i started to custom the hedkase by myself, my idea was came from my favourite jananese comic ---- Tokyo Tribe 2 characters, and i will upload the pics soon........... 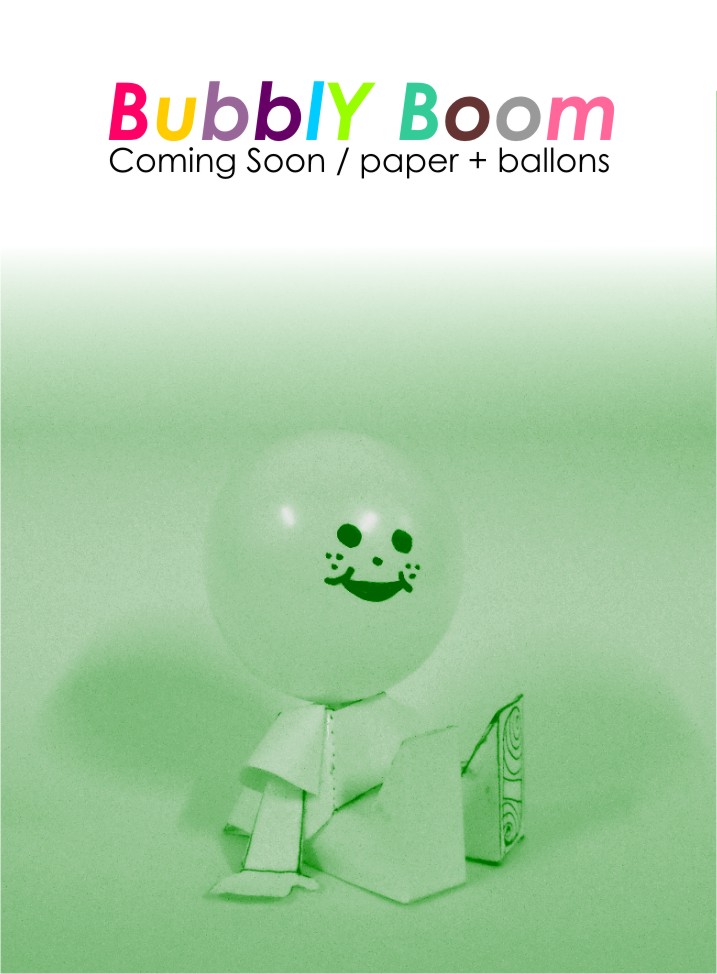 I said I would be releasing my papertoy today but I have just finished the template and it is too late. Check back tomorrow afternoon to download him! Thanks to Gabriel for the great suggestion to call hiw foldasaurus. He will be part of a series called the Cutzillas. The next Cutzilla willbe a dragon!

I am releasing my new paper toy this weekend but do not know what to call him! He is a cute, friendly dinosaur and will probably be green. Please comment with suggestions! 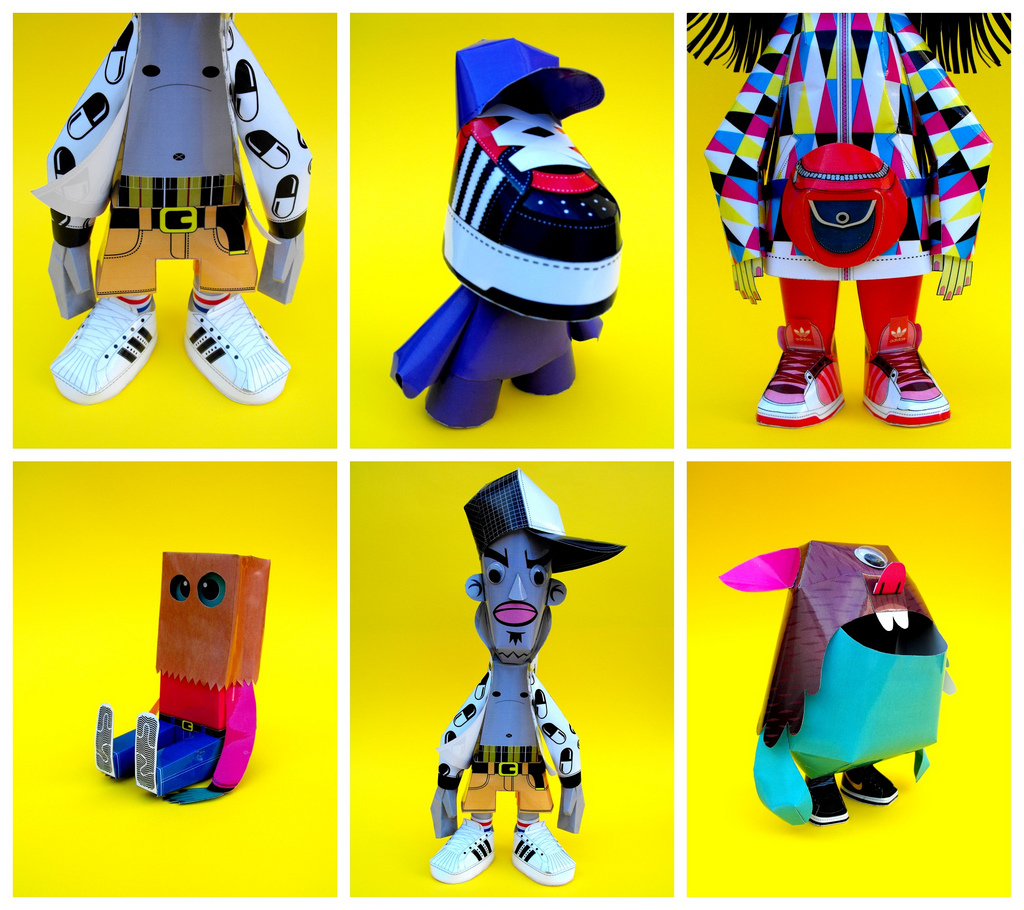 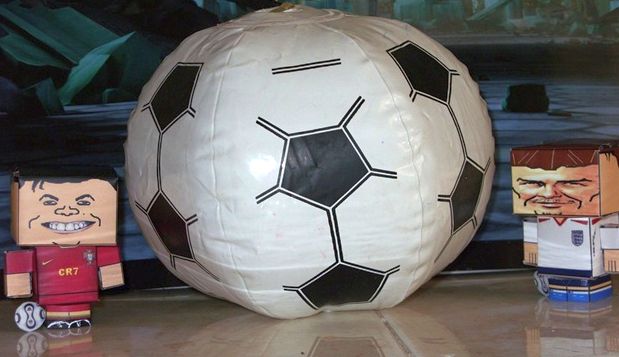 No Code Apple Premium Reseller of Naples (Italy), index a photography contest, is aimed at individuals who workgroup, aimed at encouraging the creative vocation that has always characterized the customer Apple.

Everything has been accompanied by guerrilla marketing in the city center.
here are some pictures:…
Continue 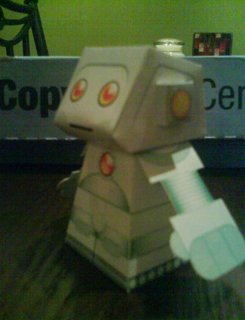 I didn't ever intend to post a link for this one, but a couple people saw my picture and asked for it. So here's Glueybot.
DOWNLOAD HERE
I posted this picture a couple of days back, and a couple of people liked him. :) This one comes with actual instructions, since I'd originally intended to just send it to a friend who wanted a robot toy. I was worried when I noticed… Continue

Here at last is the third wave of Calling All Cars ready for your downloading pleasure.
Click here to get your paws on the goodness!
Once again 5 fab designs from 5 ace artists.
Many thanks to all… Continue

After months of procrastinations and college assignments that keep me drowned out from the papertoys community, I finally had the time to finish my very first collection of papertoy. As you already know, the theme is the Straw Hat pirates taken from one of my favorite series, One Piece. I had a lot of fun making these and I hope you guys like these too :D

Downloads are in my website. I revamped the whole layout now to accommodate the… Continue

Hi Gang! As some of you may have already noticed, we now have more than a few featured members. I just want to say congratulations to those who have been chosen to be featured. I also want to let everyone know what it means to be featured.

Members are featured for a few reasons. They are either very prominent or active in the paper toy community. They have a vast array of original and custom paper toys that stand out in some exceptional way. They have a very successful paper toy… Continue

in a short time you can find the blank template to all the funny and crazy customers !!! 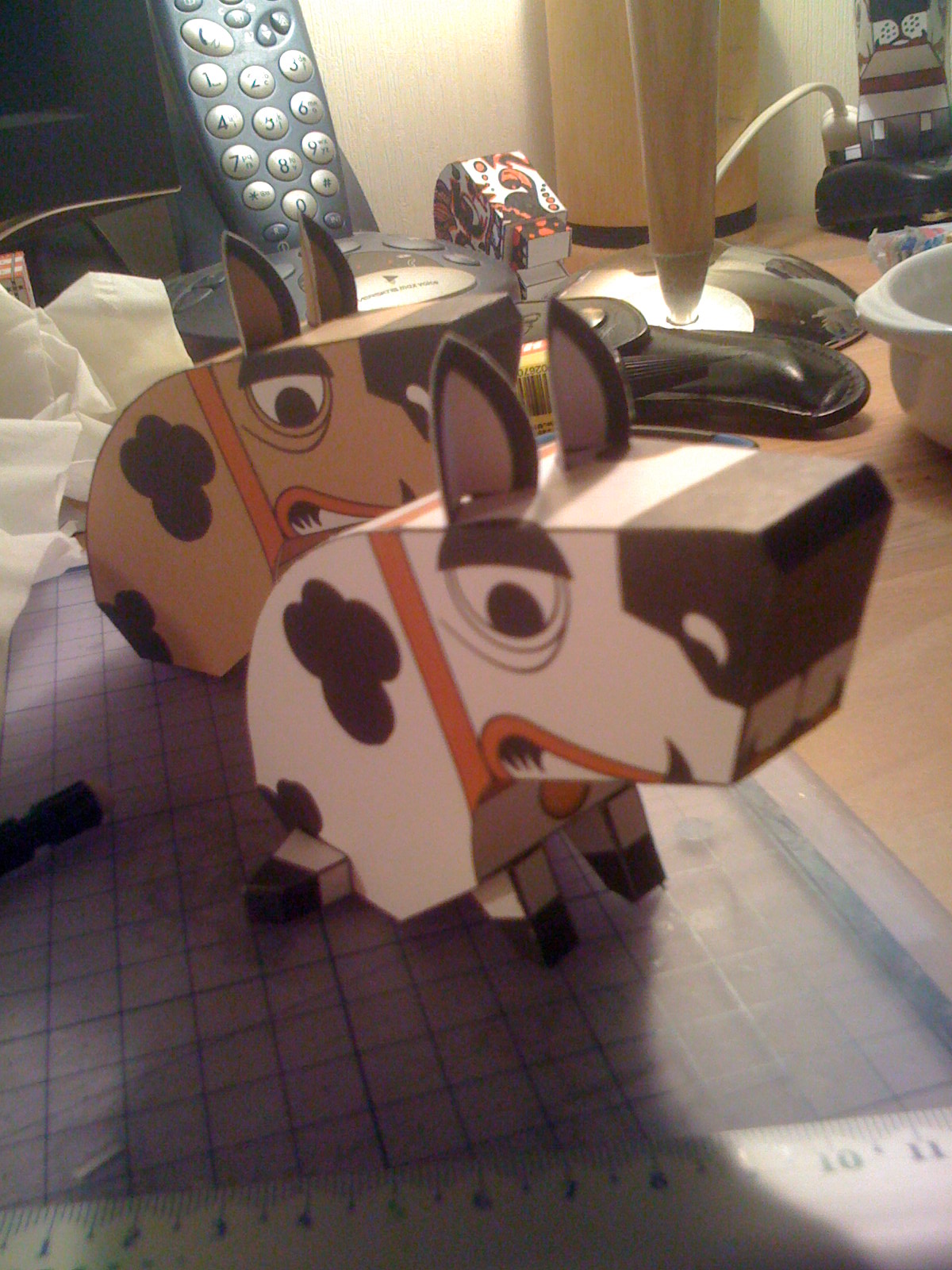 Hi folks, a good new! I'm on the personal Blog of the Rapper KANYE WEST !!! YO
www.kanyeuniversecity.com Soon in DOWNLOAD on MYSPACE/PHILTOYS! Keep in touch, more pic on www.behance.net/philtoys