I got this pic recently from *Kat* who made some of my NaniBirds using something called CraftRobo. It's a kind of die cutting machine for all kinds of flat materials. Using it she made tiny versions of the birdies... you can see the size comparison to the envelopes in the background.

At $300 the CraftRobo is waaaaay too rich for my… Continue 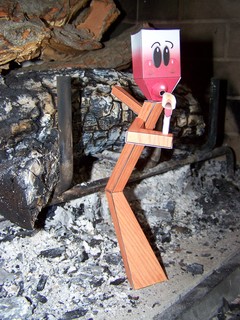 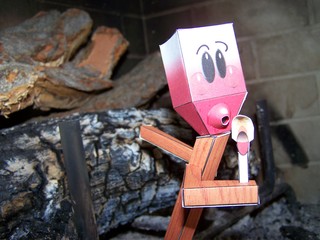 tools of the trade

ok so im just getting back into paper crafts and so far im doing ok but im interested to find out what tools everyone's using,

i don't mean the trusty old scissors or scalpels, more along the lines of the best glues or tapes you've come across and the different kinds of card you've tried.

At the mo im using my tried and tested 6mm double sided tape (borrowed from work!) and a light weight smooth finish graphic and text quality card from the local WH Smith's -… Continue 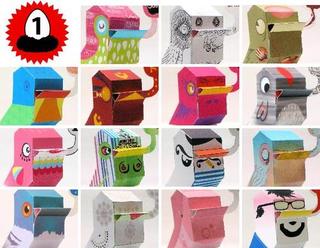 I've got Batch One of the Nanibirds up on the site and now I'm hoping to get submission for Batch Two!

A little update: via a comment I made at Jeroms blog I noticed that someone is using this post to "sell" Waybe. I don't mind, but this means that I have to change a few things in this post.

Just received a new SIZZA custom,
this time it's from Japan!
ARTDENKA did PIKE the Bullshitter,
I think, this one is really cool!!

What do you think..?
It's available for download on my Blog, so come and get him.. ;) And again, My "Vivace Colour!" Speakerdog by… Continue Thank you Ring for really nice template of this boy, e440.

This is #24 Mr. e440 LINE, I create his new skin with my originally LINE that come from his own shape. Yes, it'll show…

Pit your skills against each other...

In this friendly model making competition from FX Console!

There's alot of talented and skilled artists on nice paper toys.. anyone up to creating a custom toy for this friendly competition?

It would be cool to see a range of gaming centred toys from you guys. So far, I've only seen Marshall Alexander's work that has gaming as a theme. Might be something fun to do: to expand paper toy subjects to beyond your current… Continue Comic Monkey, my latest papertoy kit is now available in my on-line store The Custom Paper Toy Company. There are only 30 left of this first printing. It's only 4 bucks plus 1 for shipping and handling.

just letting ya'll know that in my Vis-Comm class, we have been designing C and DVD covers. I really liked mine so i thought i'd share it with you guys. Heres a link to the pic and some more info on B.B.'s shefbuddy designs right here- \

Also, B.B., just wanted to let ya know that i've got the template and i've seen the… Continue

A new toy from me, I just released it today:

Comes with a rack that you can stack back to back, side by side or use the top shelf as a flay display. Also comes with 3 additional shelves that you can use to lay the boards flat.… 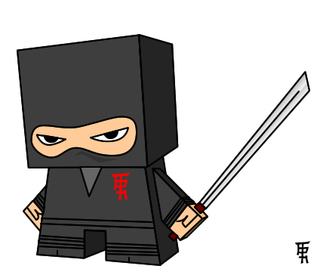 Something I don't like though is Piperka. The arms (Which are mirror copies...)… Continue

i have posted a picture of her already here,
but i thought, maybe i should introduce her properly..

her name is kujira (japanese for whale) tami!
she is the girl-friend of SIZZA and they hang around a lot together. 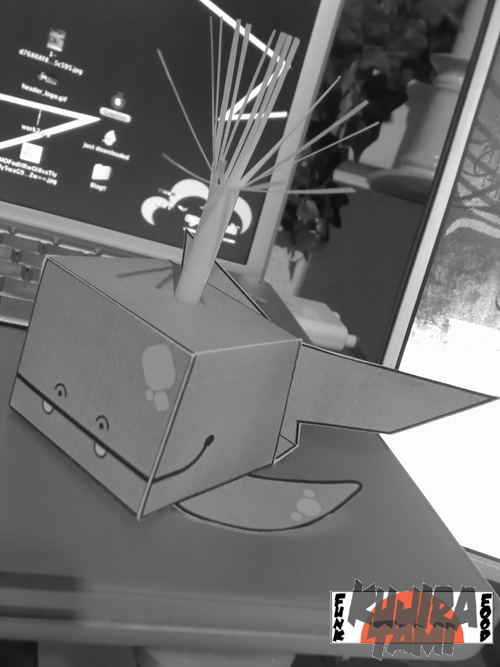 i haven't found out that much about her, my japanese is not that good (i.e. non-existant ;) )
but i will tell you more, when i find out myself.

just like SIZZA, she is open for customs, i… Continue