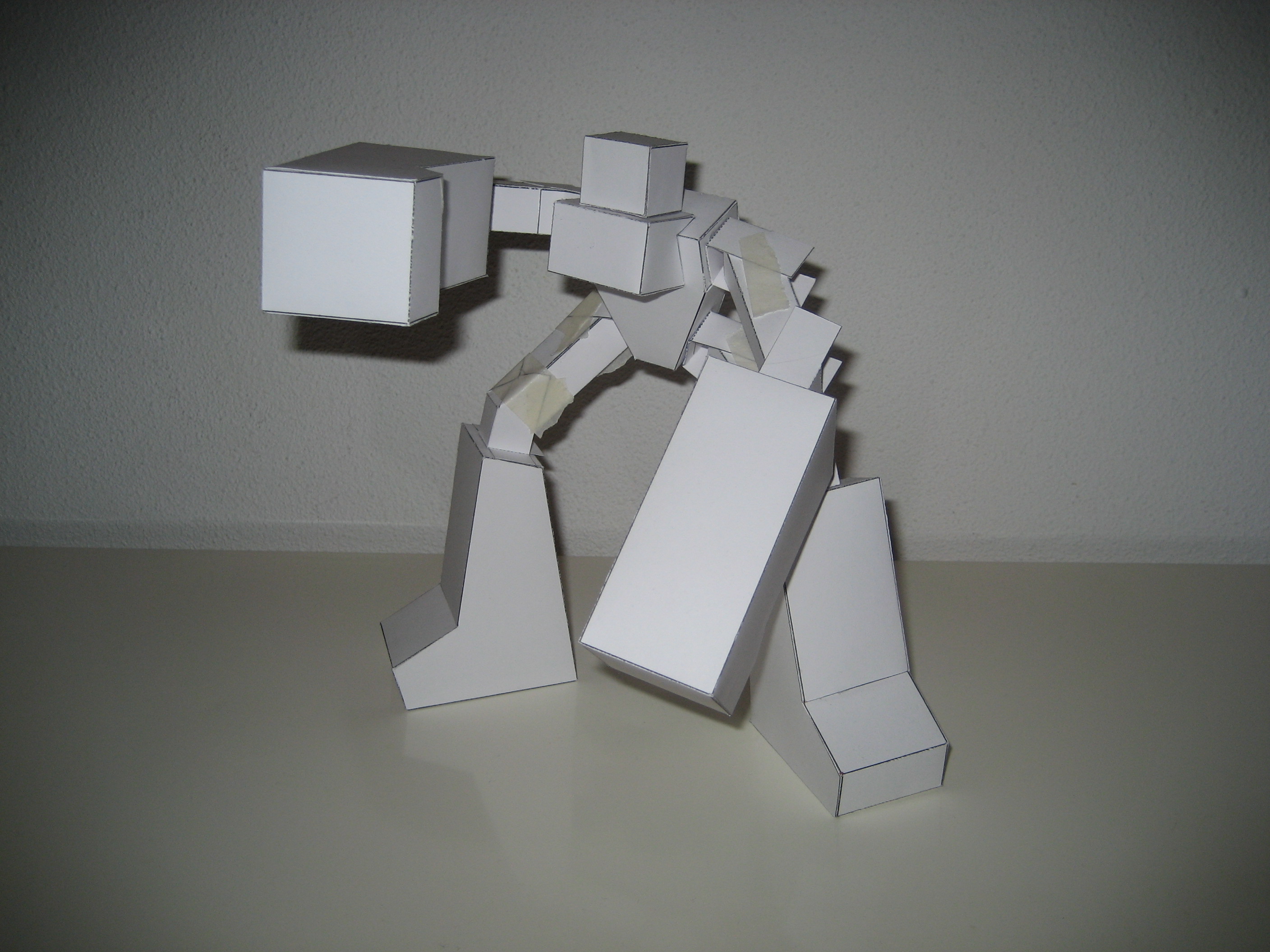 Permalink Reply by Matthijs Kamstra aka [mck] on March 31, 2008 at 1:42pm
Thank you all for your comments.
I going to finish this project :) (oh I'm such a drama queen)

So thx for the comments and I hope I can show you something soon!

i am still trying to figure out on how to customze it,
so it is working with the joints you made..
not really an easy task, my brother.. :D

Permalink Reply by Scott Schaller on January 15, 2009 at 8:33pm
Sorry I didn't get a chance to comment on this one sooner, but I just joined the site a month ago. But I wanted to let you know what I thought about it. As a design teacher I am often faced with students who are sitting far apart, but end up designing similar things. They didn't copy from each other and they didn't "cheat". Sometimes ideas just happen, sometimes they come from that part of our brain that saw something cool and wants to be a part of it, it is the basis for most things creative. I was taught that creativity comes from a variety of places, but rarely does the idea spring from nothingness. Rather, we are influenced at all times by what we see and what we do or don't notice. It can't be helped. So, if you think it looks like a vinyl toy, so what. Instead of worrying about whether something is vaguely similar, remember that you are creating a 3D canvas for the application of art, not the end product. By the time you add your art and others do the same, none of them will come close to the vinyl toy that looks passingly like yours. This Grumm mod is freakin fantastic and I want to build one. Now. ; )

About this, I myself use MSpaint to do my skin and model shape. So i bet EVERYBODY can do it too.

Permalink Reply by - T A P P O - on January 16, 2009 at 2:11pm
hey dude unlucky mate im a vynal toy fan and i have seen them in the shop but you should go ahead and make a paper toy version of it i meen your not making money of thair idea

Permalink Reply by Matthijs Kamstra aka [mck] on January 18, 2009 at 6:31am
I almost forgot about this project... I remember that I had to stop because the math was giving me a headache.
But I'm now better at that, so I should be able to finish it now.

thx again for all the nice comments.
specially the last comments (for reminding me why it was a cool project to start with)

Permalink Reply by Saltnpaper on January 19, 2009 at 2:09am
If you know a little about 3dsmax and a few clicks with pepakura, you will get at least 50% discount of your math problem..