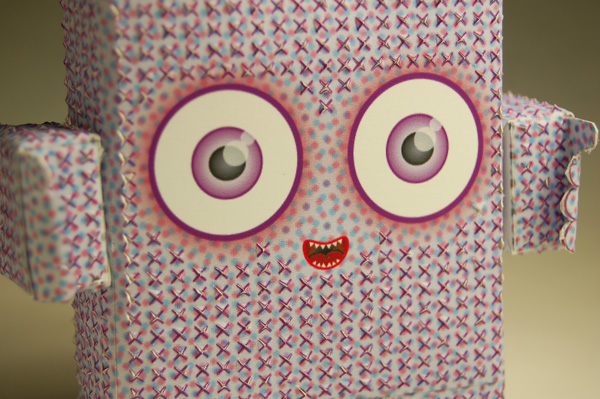 this is mordecai. he's a little monster.

he's the manifestation of an idea i've had for a few days. i've been looking at my collection of paper [in total admiration] and realized the one thing they all have in common is that the surfaces of the toys are all the same. each one is made from a piece of smooth paper and any texture is a part of the graphical design. so i set out to create a toy with actual texture.

mordecai was created initially as a toy to be included in the series i'm producing for an event i'll be attending this coming summer. but when the idea of making a surface texture came to me, he was the perfect monster for the job.

there are 3,076 eighth inch slits on mordecai, a task made infinitely more enjoyable by consuming a few really good glasses of beer. [shipyard xxxx ipa, by the way.]

in total, there will be 5 little monsters. right now, i've designed and built 3. here are the other two as well as an overview of mordecai. 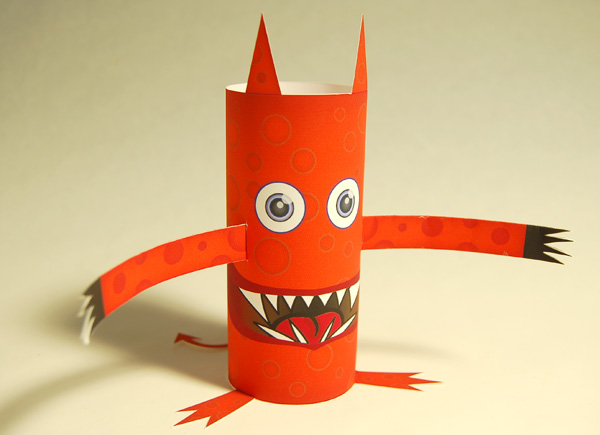 this is slim. i wanted to make a toy that, once cut and scored, my four year old son could make on his own. 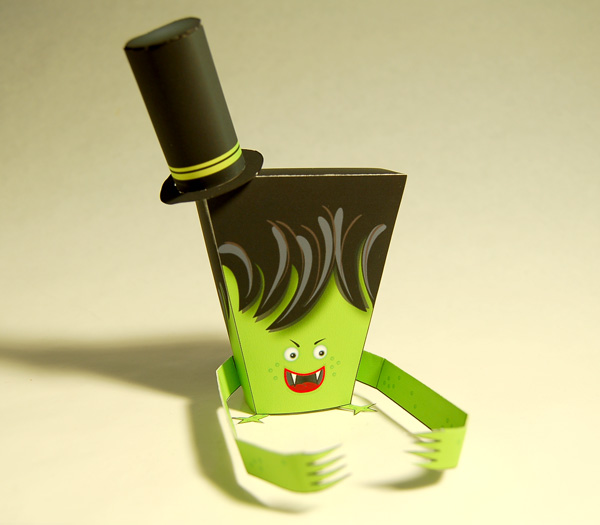 this is leopold. he gets all the ladies. 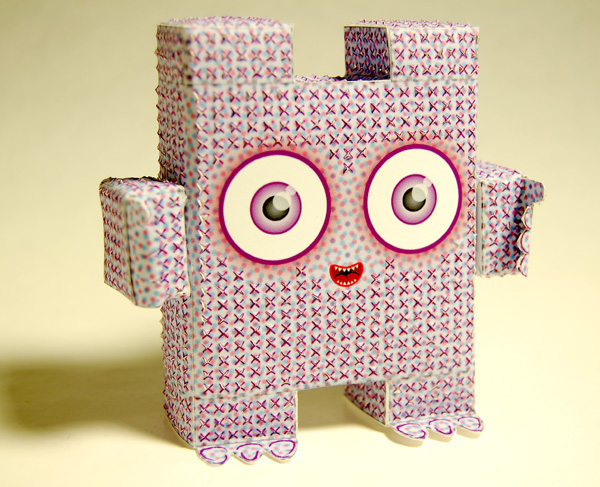 the underside of mordecai's template and a few of the over 3,000 cuts required.

Comment by Abz on March 25, 2011 at 12:58am
At first, I thought you had actually hand stitched the paper. It looked like thread to me. What a genius idea. Kudos, Beau!