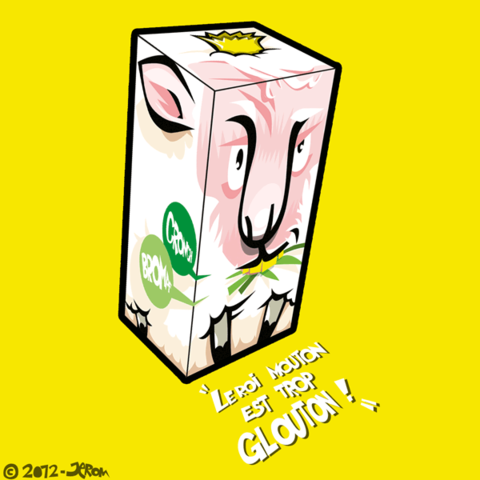 New alien-monster designed by me and painted by Stan: so we've got amazing strange details & over-saturated colors with this little creature called Leechee. 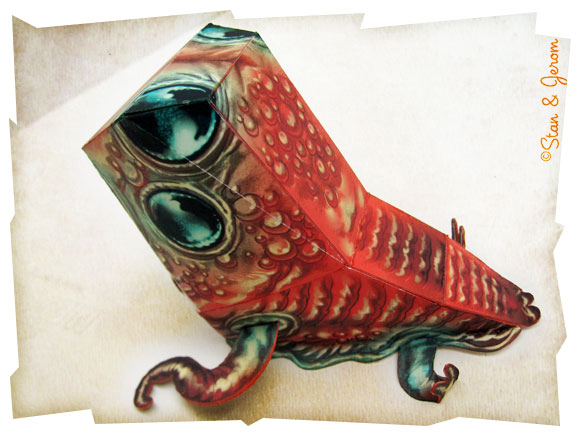 Go to this blog post of Diary of Inhuman Species http://diaryofinhumanspecies.com/WordPress/?p=1727
and click on the image to obtain the PDF.... and don't forget to post a… Continue 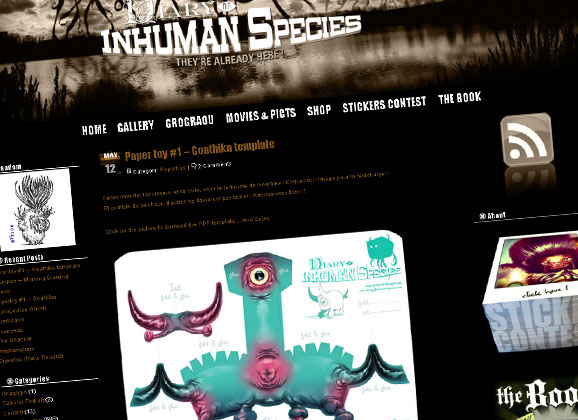 Goathika is the beginning of a whole new serie of papertoys: I made the paper-design and Stan (a great comics drawer) did the illustration, based on the hundreds (!!) of fancy/grimly aliens that yo can see on his website, Diary of Inhuman Species!! (People, go check his website, amazing stuff ;)
We are very enthusiastic about… Continue

Found on on La Fraise a french online T-shirt store: http://www.lafraise.com/Article/index/id/924 by Cib.
Nice style! .... and a great way to promote the papertoy spirit :D 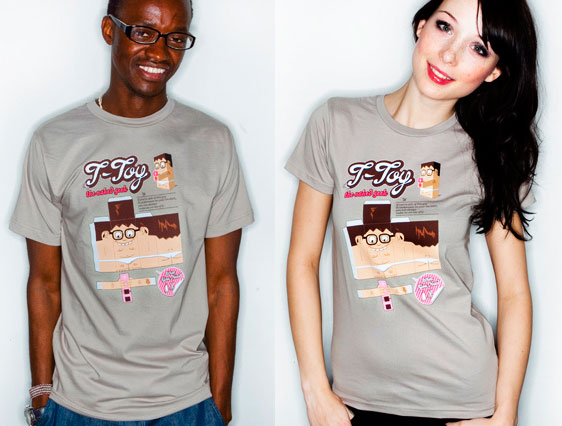 And of course, everybody know this cute… Continue

Papertoy Week on my blog 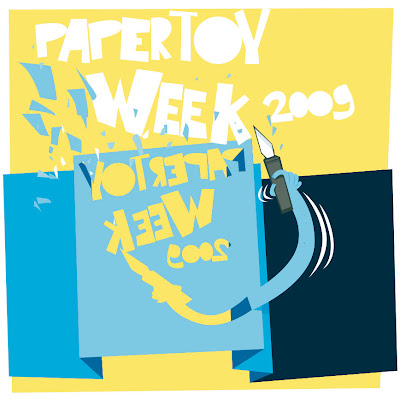 Each day on my blog (link) I will write about our favorite hobby: new templates, etc.
Check this post (or my blog, or this RSS feed) to see next updates ;) 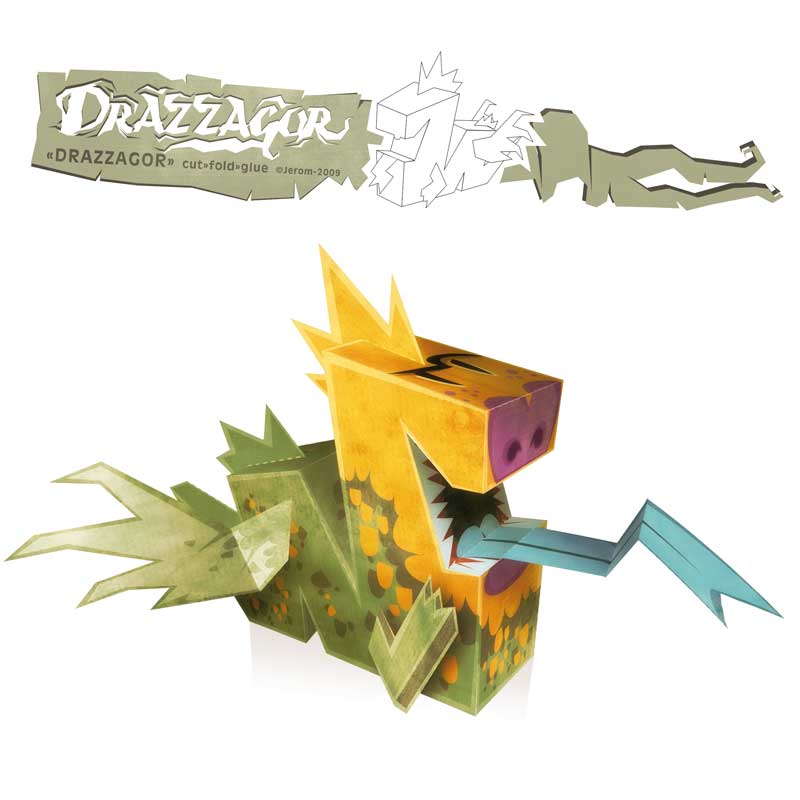 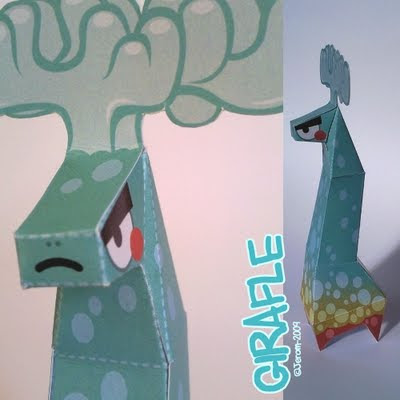 My new papertoy has a strange name : this is a weird animal, a mix between a African giraffe and a ... prehistoric Irish Elk (what it is? check Wikipedia ;)
This Girafle looks angry... why? well, I don't really know ^^ 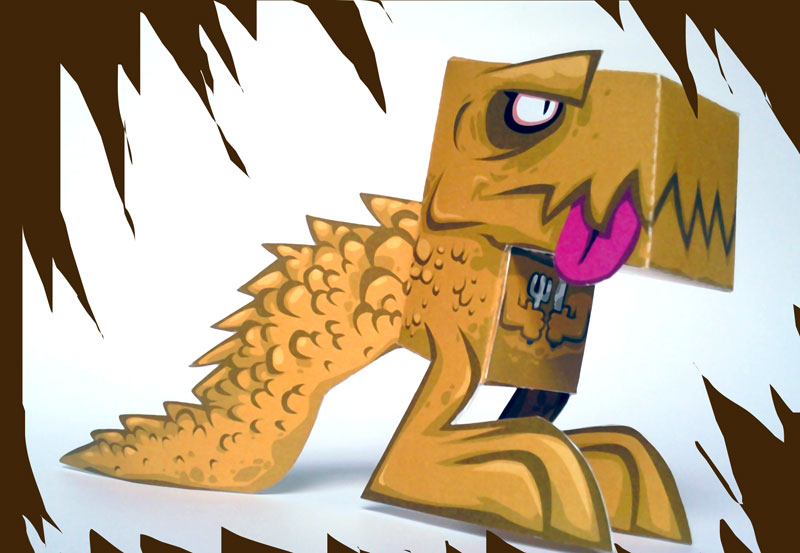 The Big King of the Paper Lezards?
Very easy to build, but at the end, it's a big hungry beast :D My summer papertoys... are coming... soon!

No more infos, but I can give you their names:
- Grogasaurus Rex an hungry beast >> OK
- Drazzagor a smiling monster >> OK
- Girafle the big King of savanna >>… Continue 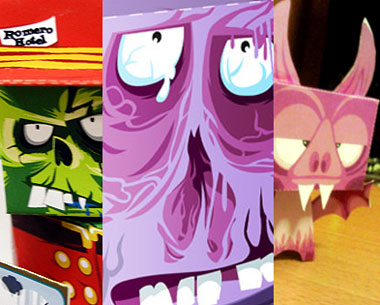 These last weeks, I was in a papertoy mood, making new templates, finishing old papertoys AND making customs. 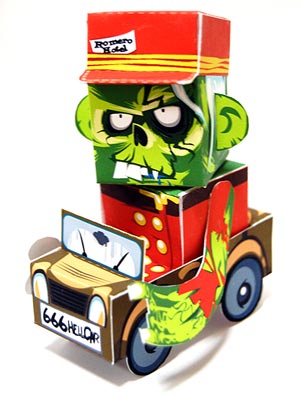 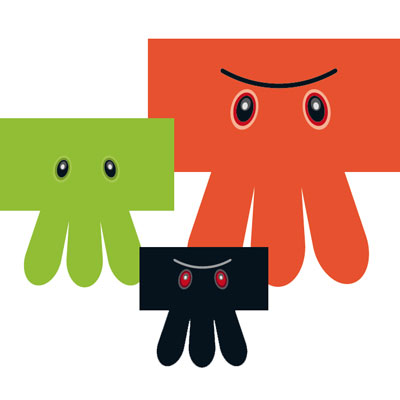 Shin Tanaka is in Shoes-Up#20

I konw there are some Shin's fans here, so I think this news could interest people ;)

Shin Tanaka has been interviewed in SHOES-UP magazine #20 (french magazine about urban street culture... and shoes.). Three pages (too short T__T ) about his works with the template of Black Boxy!
Available: December/January/February.
There is also 2 pages about Djamel, a sneaker addict, who explain how to make "cardboard Nike Vandal".

Too late for Halloween? Yes, I know...
... but afterall, Frankenstein or The Modern Prometheus by Mary Shelly was published in 1818, so it's the 190th birthday of this english literature masterpiece!

Download this custom here on my blog , or on the Marshall Alexander… Continue 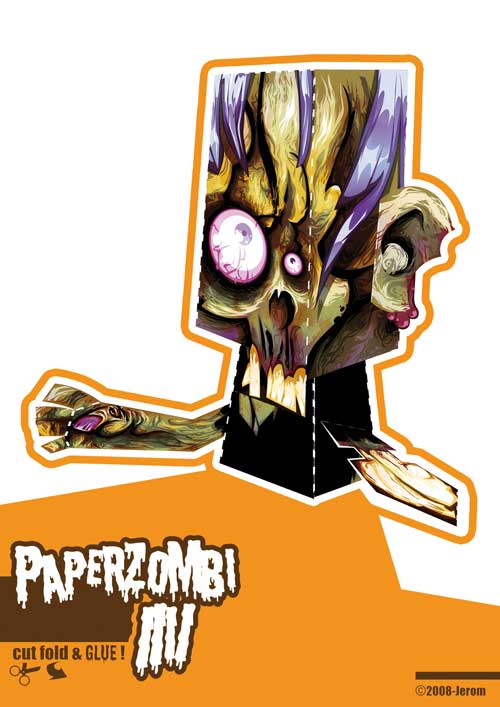 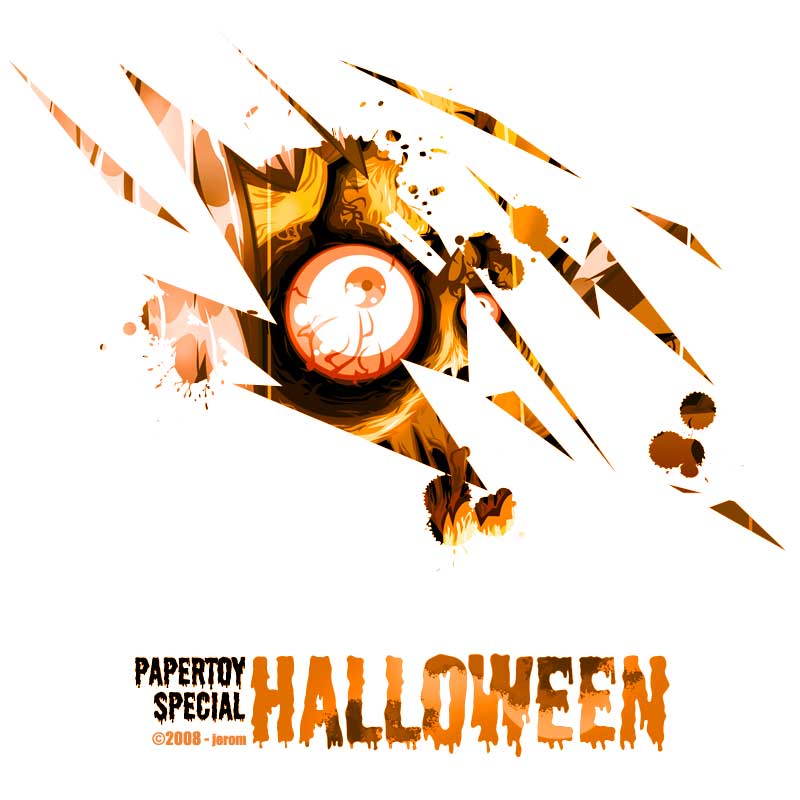 Well, after this lazy summer where I had a big lack of inspiration, I make papertoys again!

Some friends of mine prepared an anime convention (this weekend) in my town (site here) ... you know, this is this kind of convention where people are cosplayed, talked about new japanime movies, sold fanzine, etc.
For the first time, I will have a place where I will be sell some stuff... like papertoys!

The theme is Yokai,… Continue

The SKULLZ serie : some pixel-art papertoys

Some weeks ago, I was in a "pixel art" mood, and I made a pixel template and some customs.
The SKULLZ = 46x65 pixels, with a pixel art style, AND a removable head! Four versions of Skully, the Deadly Skullz:
Skully 1= a squelette